Green Problems Give Democrats the Blues 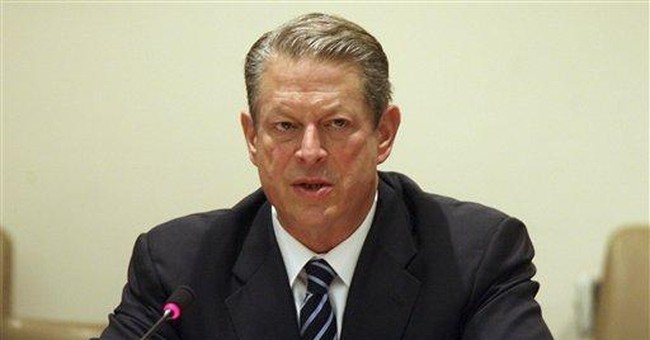 Green is the new black – for chic environmentalists and eco-intellectuals, that is.

Yet the “green” movement also has the potential, in the form of a climate and energy bill, of being even more divisive than the health-care debate.

On one side, you have environmental activists who live, breathe, dress and eat green. It’s the other side that is a bit harder to define, with potent political consequences for the 2010 midterm elections.

With cap-and-trade (slang for the climate and energy bill), who are the enemies – coal miners? Factory workers? Farmers? Those constituencies are a lot harder to rail against, and they represent a lot of voters to alienate.

In June, after months of tough backroom negotiations, eight Republicans and 211 Democrats voted for the 1,200-page bill that both sides agree will transform the country’s economic and industrial landscape.

President Barack Obama reaffirmed his determination to address the nation’s climate-change obligations at the United Nations last week but what he neglected to say is that the climate-change bill has stalled in the Senate.

In their arguments to support the bill, Democrats could try to apply the “big business” mantra, but it’s not Wall Street or K Street (Washington’s lobbyist corridor) or health insurance companies that they’re up against. It’s the heart of America, companies such as General Motors and coal companies that built towns made by rock-solid Democrats.

That’s another glorious way for the Democrats to further split their party between the elite and the pragmatic.

Health-care reform and cap-and-trade are two very important issues but the proposals are flawed from a policy standpoint, a consequence of the need to accommodate the politics and vested interests of the status quo.

The simple thing – a straight-out carbon tax – would be the most honest way to deal with it. It has as much chance of flying as a lead balloon, especially since Republicans have settled on an ideology that says we have no responsibility to pay for anything and Democrats have one that says a seemingly infinite supply of the very rich is waiting to be soaked.

While health-care reform has raised concerns and intensity on both sides across the country, cap-and-trade is even more divisive because it picks winners and losers.

The main losers are states such as Pennsylvania, West Virginia, Ohio, Kentucky and Virginia, with Texas, Louisiana, Missouri, Illinois, Indiana and Michigan pretty darn close to the losing side.

The winners in the bill are mainly from the New York City area, New England and the Pacific Northwest.

Many House members who voted for the bill in coal and oil states, as well as those in the agricultural and industrial Midwest, had their arms twisted with political promises.

Senators are supposed to take the long view, to figure out the big picture. Yet with cap-and-trade, they may vote with the short-term parochial view for their own political gain.

And that is what may make it impossible for the Senate to secure 60 votes.