Shut Up and Surrogate 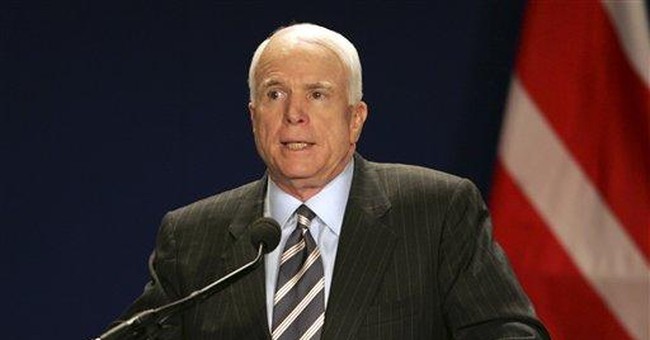 The clashing worlds of razor-sharp discipline and campaign fatigue are an ever-present factor in the daily lives of presumptive presidential nominees Barack Obama and John McCain.

In a 24-hour news cycle, words are not “just words.” They matter.

Obama knows he cannot afford another “sweetie” directed at a female reporter– or reference to his grandmother as having “typical white-person” traits, as he made in a radio interview.

Despite grueling hours and a complete lack of sleep, candidates and their wives know, now more than ever, to measure their words.

But what about the campaign surrogates who are dispatched to the heartland or to a Sunday morning news show to represent them?

The role of a surrogate comes into play simply because there is only so much ground a candidate and a spouse can cover. A surrogate’s job is to spread the campaign’s reach across the country. Done well, they can maximize the candidate’s time when only so many days and months remain before Election Day.

Surrogates can be extremely effective; typically, they are high-profile personalities, such as people who have run for president before, or an athlete or a rock star. But with that effectiveness, a peril always exists that surrogates have their own agendas, or make mistakes, or are not as disciplined as the candidate who is running for president 24 hours a day.

That is clearly what happened with retired Army general Wesley Clark two weeks ago, when his opinion of McCain’s leadership qualifications became a 48-hour news story.

GOP strategist Kevin Madden says the surrogate’s job is to be a passionate advocate for the ideas and attributes of a candidate. “Surrogates need to remember, it's not about you, what you think, or what you believe, it's about the candidate.”

In other words, don't be an analyst.

Another really important rule for a surrogate is to do no harm; don't create news with a screw-up or a controversy. Yet ask any surrogate, and that is easier said than done.

The tolerance for gaffes has become virtually intolerant. Reasonable statements have been made to look unreasonable; everyone feigns shock over perfectly sensible statements. Every campaign does it, and everyone is more afraid of the sound-bite that can boomerang back in place of the person's qualifications or their original intent.

Purdue political scientist Bert Rockman says that in the "sound-bite free-zone" we now live in, we need go no further than Bill Clinton as an example of surrogate-gone-bad. Rockman still can’t figure out what Clinton said, while campaigning for Hillary, that was particularly inaccurate.

Yet all surrogate gaffes may not be created equal; a strong, passionate statement sometimes is planted in a surrogate by the campaign, and not just a slip of the tongue.

Campaigns never want their candidates to personally go negative on an opponent, because that drives up their negatives as well. So they try to do it indirectly through surrogates.

If that surrogate is identified with the campaign, however, deniability becomes problematic. If the surrogate says something foolish or embarrassing (even if strategically useful), the campaign has to separate itself from the remark or throw the surrogate out of the operation.

Which is where “527s,” those independent special-interest committees, kick in: With them, you have total deniability and the best of all worlds.

Wes Clark will not be the last surrogate to give a bad sound-bite – just ask Jesse Jackson, caught last week on a live microphone criticizing Obama's black-on-black interaction and threatening to remove certain body parts.

Just how does a campaign distance itself from and apply deniability to a supporter who bashes the supportee?