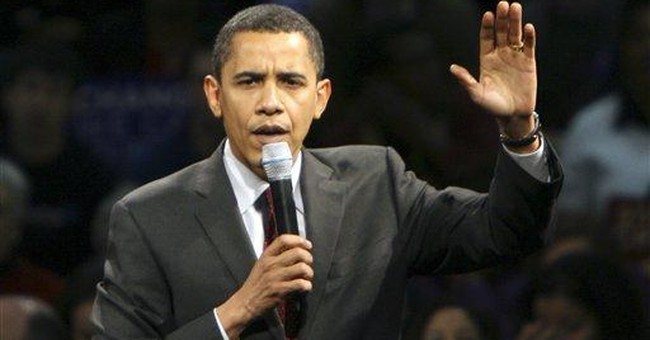 Hillary Clinton faces the daunting challenge of halting Barack Obama's momentum today, as voters head to the polls in three Democratic primary contests in which her opponent is considered a strong favorite.

The junior senator from Illinois, who has drawn even with New York's Clinton in the battle for delegates after sweeping five weekend contests, is a strong favorite to win today's voting in Maryland, Virginia and the District of Columbia -- the so-called Potomac primaries, for the river that touches all three.

Clinton needs to win in Virginia -- her best chance for an upset, analysts say.

"The expectations are that Obama will sweep the Potomac primaries, so losing Virginia would certainly blunt his momentum," said Brian Schaffner, a political scientist at American University in Washington.

The Clinton campaign is looking ahead to March 4, when delegate-rich Texas and Ohio hold nominating contests and where Clinton is deemed to have an early edge.

That strategy has risks, and the results could resemble those that brought down the campaign of former New York Mayor Rudy Giuliani, who held back resources in several early contests to make his stand in Florida.

"We saw how skipping several weeks of the campaign worked for Giuliani," Schaffner said. "I think it is fair to say that Clinton could really use a win in Virginia ... to keep Obama from entering March 4 with 10 straight wins."

It was a weekend of stark contrasts for the two campaigns. While Clinton replaced her campaign manager, Obama completed a weekend sweep with double-digit victories in Louisiana, Nebraska, Washington, Maine and the U.S. Virgin Islands. The exclamation point: Obama won a Grammy Award on Sunday night for the spoken-word rendition of his book "The Audacity of Hope," beating four nominees -- including former President Clinton.

Obama is considered a favorite in Feb. 19 contests in Hawaii, where he attended high school, and Wisconsin.

Although Clinton narrowly lost Missouri on Super Tuesday, she did well in the rural counties with residents who mirror Virginia's more-conservative Democratic voters, such as those who live in Winchester.

"As a new political personality, that he has gotten such wide acclaim so fast is surprising," Byrd said by phone from his office at The Winchester Star, a newspaper that has been in his family for more than 100 years. "A lot of that build-up is due to the news media, but a lot of that has to do with him as well. He has made for himself a good campaign."