What the 2008 Farm Bill Means for American Family 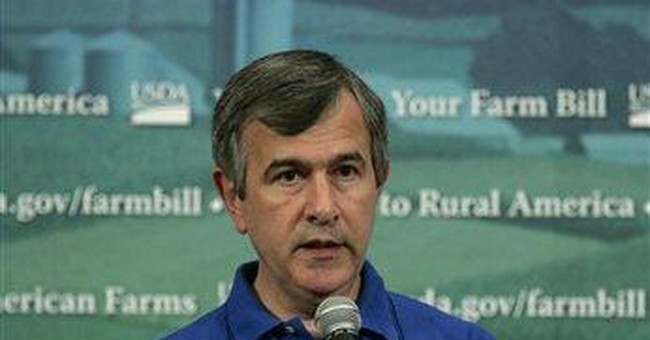 Slumping housing prices and ballooning gas and food prices have led many families to put the brakes on spending. Now Congress is set to make things worse for the American consumer by passing a $300 billion Farm Bill that will increase the cost of living for families and further burden taxpayers.

The 2002 Farm Bill was set to expire last October, but after a failure to compromise, Congress extended the bill. Now with the Memorial Day recess looming, Congress is working to pass a new Farm Bill so they can return to their districts, pockets overflowing with goodies for special interests.

The proposed five-year plan (no kidding) would increase subsidies for commodities like corn, soybeans, and wheat, boost spending on assistance programs like food banks and food stamps, and expand tax-credits for ethanol production.

Who benefits from this largess? The farm lobby likes to pretend the subsidies help preserve the small family farmer. But it’s clear that’s not the case.

According to one taxpayer rights group, 60 percent of today’s commodity subsidies provide payments to the wealthiest 10 percent of recipients – “corporate welfare for the rich” as it has been described. And while the new Farm Bill makes a gesture toward curbing these subsidies, it plans to add up to $26 billion in direct payments to mega-farms over the next five years.

This kind of agricultural policy continues to bias the market in favor of a few crops that lend themselves to large-scale production at the expense of other crops – namely fruits and vegetables. Subsidies that reward a select segment of the agriculture industry encourage consolidation. They make it easier for large farms and absentee landlords to raise rental prices and make it more difficult for small farmers to grow other crops.

By manipulating the market, the federal government makes it desirable for more farmers to produce a few items like corn, wheat, and soybeans. That leaves fewer farmers producing everything else – driving the supply of fruits and vegetables down and the price up. It’s a policy that ultimately hurts the consumer who will have fewer choices at the grocery store and will face the burden of higher prices.

It’s not just at the supermarket, however, where consumers will feel the pinch. Americans are likely to spend more at the gas pump thanks to the Farm Bill’s support for more ethanol production. While the existing tax-credit for corn-based ethanol will be trimmed by 6 cents a gallon, a new production tax-credit will be offered for cellulosic ethanol – a policy that will lead to even higher gas prices since mixing ethanol into gasoline supply reduces fuel economy.

President Bush has threatened to veto the bill, because it “has too much spending and not enough reform.” But this frustration is not limited to conservative, pro-taxpayer groups. The left-leaning international anti-hunger organization Oxfam released a similar statement claiming the bill continues to favor a “system that rewards those who need help the least.”

Even the reliably liberal Los Angeles Times editorial board supports Bush’s promised veto, in part because of the “accounting shenanigans” Congress is relying on to balance the books. With this bill, Congress takes another step toward abandoning even the pretense of a budget, as it is to exceed the spending limit by nearly $10 billion.

The 2008 Farm Bill will hurt Americans at every turn by inhibiting competition, limiting consumer choice, burdening individuals with higher food prices, and exacerbating the rising cost of fuel. During a period of economic uncertainty, American families need more spending flexibility, not less.

As is too often the case, however, Congress’s concern with special interests and political support trumps sound economic policy. If Congress really wants to bring something home to the American people this Memorial Day, they should go back to the drawing board and institute real reform to the Farm Bill.