War Powers: Back to Congress or Back to War?

Ryan Shucard
|
Posted: Aug 22, 2019 12:01 AM
Share   Tweet
The opinions expressed by columnists are their own and do not necessarily represent the views of Townhall.com. 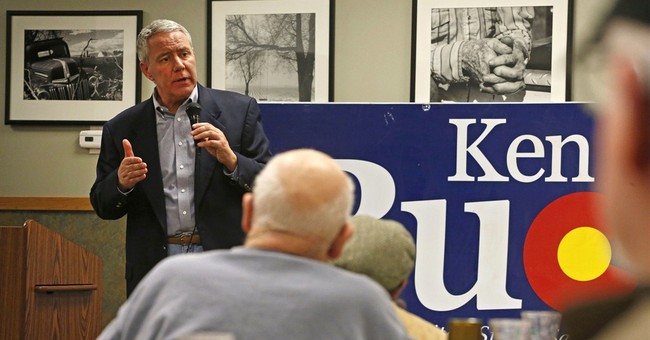 Reasonable citizens and sensible politicians acknowledge unforeseen global crises, regional security incidents, and clandestine military operations are unavoidable realities for any modern president. Such acknowledgment leads to the inevitable realization that our form of government, brilliantly constructed as it is, struggles to keep pace with geopolitical demands, especially when it comes to war making activities.

Congressman Ken Buck (R-Colo.), a founding member of the newly formed bipartisan War Powers Caucus, says the Constitution gives Congress, and thereby the American people, the power, “to declare and oversee our country’s war efforts, but we have allowed this power to atrophy, turning over decision-making to the Executive.”

He’s right, this is a constitutional mandate. As inconvenient as it often is for a president facing critical threats, the ultimate decision of going to war lies with the American people. It is the people who pay both the human and monetary costs of war. Congress is designed to be the closest extension of the people. Hence why Article I, Section 8, of the Constitution places the power to declare war, as well as to raise armies and navies, with Congress.

This not only affords the people recourse should a president misstep in the management of wartime activities but sends a clear and profound signal to our enemies, allies, and citizenry, that our commitment to a conflict is whole – and that our intention is to win. Along these lines, a declaration of war by Congress should lend additional magnitude to pending conflicts as it serves as the formal solidification of the People’s will carried out by their government. In other words, it is not our government which is declaring war, it is our people.

Together, this serves as an important reaffirmation to our people and government we elect that war is a costly and devastating undertaking – one our country knows well having committed more blood and treasure to the causes of freedom than any other. And while some might dismiss the War Powers Caucus, Reps. Andy Biggs (R-Ariz.) and Ro Khanna (D-Calf.) deserve credit for reinvigorating this critical debate with an unlikely political partnership.

“The War Powers Caucus has a simple objective: to get Members of Congress from both parties in the same room to discuss current international challenges and debate alternative instruments of power to military intervention,” said Biggs.

Engaging Members of Congress about these critical issues now, especially as tensions with Iran continue to rise, helps set the tone for wider debates. It also calls into question another often overlooked mechanism for skirting congressional authority: the Authorization for Use of Military Force or “AUMF”.

The term “AUMF” is thrown around frequently in the news media but its applications serve as the inflection points for debates over the degree to which Congress should manage war powers. AUMFs intend to limit military actions with certain criterion like time periods and/or places of action. Sometimes they’re used to identify persons or groups for which our actions are specifically directed. In most cases, AUMFs are used far beyond their original mandates or become stale to the point where they no longer reflect the circumstances of the present conflict.

For instance, AUMFs are used for continued operations in Afghanistan and Iraq. Realities on the ground cause political and military leaders to use the AUMF as a mechanism to maintain the status quo. The open-endedness of these conflicts compounds the challenge of finding a political solution and when none is achieved, as has become the expectation of Congress in general, then operations suffer less as a result of inaction in Washington.

This rightfully stirs up debate for action regarding conflicts like the Saudi-led war in Yemen. Earlier this year, Congressman Buck helped to successfully pass a war powers resolution that sought to end U.S. military involvement in the conflict in Yemen, along with an amendment to keep intelligence-sharing activities intact among partners in the region.

“Over the last two decades, Congress has ignored its responsibilities. Congress has allowed Presidents, whether Democrat or Republican, to engage in war without a declaration. That is not what our Constitution requires, and I believe our men and women in the military deserve better,” said Buck after passage of the Yemen War Powers resolution.

As clear as the Constitution is on this matter, two enormous obstacles remain. The first is how to build a constitutionally sound framework for allowing a president to react to unforeseen world events, which may require an immediate military response, without jeopardizing operational security or success while waiting for congressional approval.

The second is Congress itself. While many have sounded the alarm for Congressional reassertion of war powers, too few have joined the cause. The War Powers Caucus is an important remedy, especially when a recent poll found majorities of citizens and veterans from the wars in Iraq and Afghanistan say the conflicts weren’t worth the costs.

No doubt there’s a balance which must be struck between a President’s reactive capabilities to threats and Congress’ constitutional mandate to declare war and authorize the Commander-in-Chief to lead war efforts.

The formality, symbolism, and practicality of declaring war on our adversaries is absolutely necessary for it reinforces our belief in the rule of law and governance by the people. Without reverence for and adherence to the Constitution, especially in matters of war, we only hasten the effects of our unpreparedness which can lead to further erosion of Congress being a co-equal branch of government capable of exercising the will of the people.