Are You Suffering From SIS: Selective Indignation Syndrome? 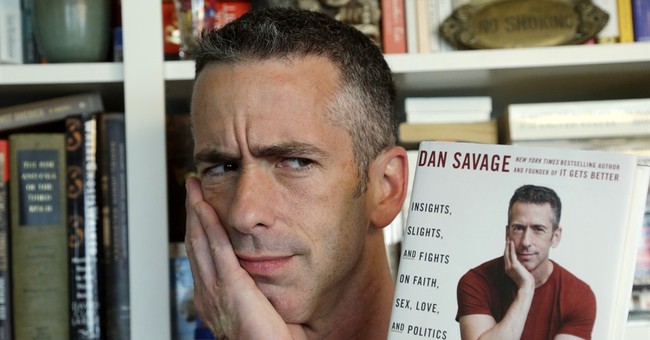 It’s as common as the common cold. Hollywood and the news media tout their indignation of the day: religious liberty, 2nd Amendment rights, marriage “equality”, food deserts, reality star drama, abortion stigma, and the list goes on. Although, I must say that it’s hard to distinguish between an industry based on make-believe and one that’s based on lies to make you believe. Their righteous indignation is force-fed to us 24 hours a day until the next conveniently generated crisis.

Take Pamela Geller. She’s the one who held the Mohammed cartoon drawing contest in Texas (which was won by a former Muslim, no less). In a day and age when women are celebrated at every turn, one might think the courage of someone willing to stand up to those who would threaten violence for exercising free speech would be heralded. But, nooooooo. She’s too provocative. Isn’t provocative what liberals celebrate every day? Pro-abortion activists strut around dressed as female genitalia or proudly boast of their abortions. Baltimore rioters talk about burning down their own city. Michele Obama pretends it’s the 60s and black people aren’t welcome in museums. These inflammatory and ridiculous things are perfectly okay with lamestream media. But heaven forbid someone should dare to challenge bloodthirsty jihadists to understand and respect our Constitution’s First Amendment rights (and yes, Chris Cuomo, that includes liberal-branded “hate speech”). But to liberals and spineless conservatives, Geller’s just a stupid activist #$%@# just asking for it.

Asking for what? To be free?

Funny. I don’t remember Hollywood elites and media pundits getting all tied up in First Amendment knots over the horrific slaughter of pro-life, pro-natural-marriage, Christians in the recent movie Kingsman: The Secret Service. If only I could get two hours of my life back (not to mention $30 worth of tickets, popcorn and soda expenses). This movie pathetically exemplified how Hollywood regularly depicts people of Christian faith—backwards, backwoods, and better off dead. So in the movie, one of the main characters ends up slaying every one of these caricaturized “bigots” in a bloody church scene of horrific violence. I don’t recall Christians lining up at Twentieth Century Fox studios to kill anyone. Sadly, many of them, like me probably saw the film and simply took the abuse in silence.

Oh, and then there’s the cry of the most oppressed. The cries of those whose history has been wrought with separate but equal laws, with inconceivable dehumanization, and lives that have been violently marginalized. Oh, wait. Did you think I was talking about black Americans? No, no, no. Gay activists. You know, the ones who scream “discrimination!” then act in some of the most verbally violent and discriminatory ways against those who don’t agree with them. Take Dan Savage, for instance. ABC/Disney is soon going to launch a TV show (see CancelSavage.com) loosely based on the X-rated sex columnist and vile media pundit who recently told one of the world’s most renowned neurosurgeons, Dr. Ben Carson, to “suck his #@$%.” Yes, that classy activist. The same one who said that a progressive politician should be “dragged behind a pickup truck until there’s nothing left but the rope.” Must be hard to be so oppressed.

It would be comical if it weren’t so devastatingly serious. We have morally depraved, perpetually unfaithful Hollywood preaching to the public about morality and marriage. We have mainstream media feigning outrage over common sense and ignoring the real outrages that make no sense. This is the natural result of succumbing to Selective Indignation Syndrome (SIS). The symptoms are clear: frequent race-baiting, blurred vision, lack of attention to detail, incoherent outbursts, and inexplicable denial of reality.

We don’t have to be swept away in the same raging current that seems to be pulling millions of Americans into a cultural maelstrom. As a parent, I care too much about my children’s social, educational, emotional and political environment to simply watch this erosion tear away at the foundations of this country. Too many have been scared into silence. That’s the end-goal, people. When you are silent, they triumph.

Words are revolutionary. They breathe life, or they can cause death. Real injustice cries out all around us. It deserves more than a casual look and a walk-on-by. It needs us to invest, take peaceful risks, be loving yet bold, face the consequences, and even—from time to time—be victorious. There is a cure for SIS, and it’s a deeply spiritual and vocal one. It’s rooted in the immutable substance that has the power to reverse the adverse effects of this raging syndrome. We just have to be willing to speak it.