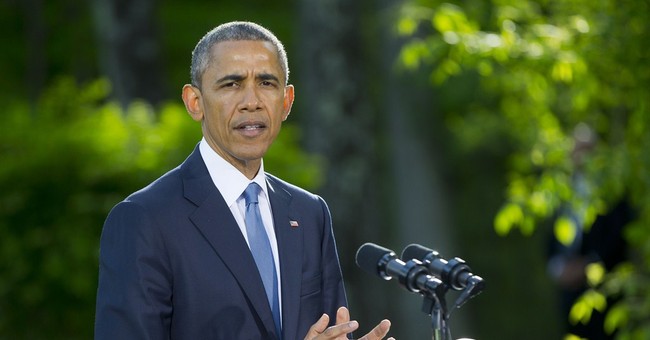 We are often told nearly all climate scientists agree on… something. But on what, exactly, do they agree? In 2013 President Obama sent out a tweet claiming 97% of climate experts believe global warming is “real, man-made and dangerous.” As it turns out the survey he was referring to didn’t ask that question at all. At a recent debate in New Orleans I heard climate activist Bill McKibben claim there was an expert consensus that greenhouse gases are “a grave danger.” But when challenged for the source of his claim, he promptly withdrew it.

The Intergovernmental Panel on Climate Change asserts the conclusion that most (more than 50%) of the post-1950 global warming is due to human activity, chiefly greenhouse gas emissions and land use change. But they do not survey their own contributors, let alone anyone else, so we do not know how many experts agree with them.

One commonly-cited survey asked if carbon dioxide is a greenhouse gas and human activities contribute to climate change. But these are trivial statements that even many IPCC skeptics agree with. And neither statement speaks to any potential harm done by climate change. So there are no policy implications of such surveys, regardless of the level of agreement.

The most highly-cited paper supposedly found 97% of published scientific studies support man-made global warming. But in addition to poor survey methodology, that tabulation is often misrepresented. Most papers (66%) actually took no position, and of the remaining 34%, 33% supported at least a weak human contribution to global warming. So divide 33 by 34 and you get 97%: but this is unremarkable since the 33% includes many papers that critique key elements of the IPCC position.

Two recent surveys shed more light on what atmospheric scientists actually think. Bear in mind that on a topic as complex as climate change, a survey is hardly a reliable guide to scientific truth. But if you want to know how many people agree with your view, a survey is the only way to find out.

In 2012 the American Meteorological Society (AMS) surveyed its 7,000 members, receiving 1,862 responses. Of those, only 52% said they think global warming over the 20th century has happened and is mostly manmade (the IPCC position). The remaining 48% either think it happened but natural causes explain at least half of it, or it didn’t happen, or they don’t know. Furthermore, 53% agree that there is conflict among AMS members on the question.

So much for the 97% consensus. Not only do about half reject the IPCC conclusion, more than half acknowledge that their profession is split on the issue.

The Netherlands Environmental Agency recently published a survey of international climate experts. A total of 6,550 questionnaires were sent out, and 1,868 responses were received, a similar sample and response rate to the AMS survey. In this case the questions referred only to the post-1950 period. Sixty-six percent agreed with the IPCC that global warming has happened and humans are mostly responsible. The rest either don’t know or think human influence was not dominant. So again, no 97% consensus.

But the Dutch survey is even more interesting because of the questions it raises about the level of knowledge of the respondents. Although all were described as “climate experts,” a large fraction only work in connected fields such as policy analysis, engineering, and computer science, and may not follow the primary physical science literature.

Regarding the recent slowdown in warming, here is what the IPCC said: “The observed global mean surface temperature (GMST) has shown a much smaller increasing linear trend over the past 15 years than over the past 30 to 60 years.” Yet 46 percent of the Dutch survey respondents – nearly half – believe the warming trend has stayed the same or increased. And only 25% agreed that global warming has been less than projected over the past 15 to 20 years, even though the IPCC reported that 111 out of 114 model projections overestimated warming since 1998.

Three quarters of respondents disagreed or strongly disagreed with the statement “Climate is chaotic and cannot be predicted.” Here is what the IPCC said in its 2003 report: “In climate research and modelling, we should recognize that we are dealing with a coupled non-linear chaotic system, and therefore that the long-term prediction of future climate states is not possible.”

Looking into further detail there are other interesting cases in which the so-called experts aren’t aware of discrepancies between models and observations regarding issues like warming in the tropical troposphere and overall climate sensitivity.

What can we take away from all this? First, lots of people get called “climate experts” and contribute to the appearance of consensus, without necessarily being knowledgeable about core issues. A consensus among the misinformed is not worth much.

Second, the “97%” mantra is untrue. It is nothing but a phony claim of unanimity meant to squelch debate and intimidate people into silence. Barack Obama’s website