Give Trapped Americans Abroad a Break This Tax Season

Ross Marchand
|
Posted: Mar 23, 2020 12:01 AM
Share   Tweet
The opinions expressed by columnists are their own and do not necessarily represent the views of Townhall.com. 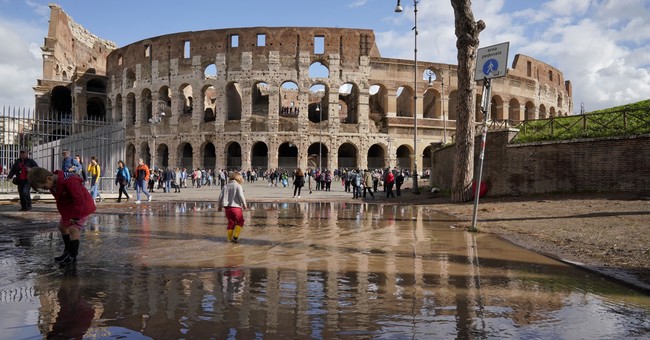 The spread of the deadly COVID-19 pandemic is wreaking havoc on most Americans’ finances, prompting the federal government to delay 2019 tax payment due dates to July 15. But this is little consolation to the 9 million Americans living abroad who must report and pay their taxes to two agencies, albeit a bit further down the road. Citizens living overseas and trapped in coronavirus-plagued countries (such as Italy) must pay taxes to Uncle Sam on top of taxes paid to whichever countries they reside in. As Americans living abroad struggle to keep food on the table and procure healthcare products in short supply, this double whammy couldn’t come at a worse time. Now’s the time to give millions of trapped and beleaguered Americans working abroad a break.

Despite the temporary delay in paying taxes granted by the U.S. government, American taxpayers will still pay nearly $4 trillion into the U.S. Treasury for, among other things, the promise of a robust public health system (i.e. to purchase coronavirus medicines), a functional infrastructure system, and expanded unemployment assistance programs. But U.S. citizens living abroad are missing out on most of these benefits, and mainly stand to benefit from programs enacted by their host countries to tackle the coronavirus and keep households afloat.

Explicit tax payments to both the IRS and foreign tax authorities are just one part of the onerous costs of a worldwide tax regime. Thanks to the Foreign Account Tax Compliance Act (FATCA) of 2010, Americans living abroad must maintain extensive documentation of their accounts with financial institutions and failing to comply with these rules can result in endless liability from the federal government. If the federal government believes that individuals are in “willful violation” of reporting requirements, they can be on the hook for the “greater of $129,210, or 50% of the amount” of the unreported account balance. Typically, legal violations due to simple misunderstandings can be cleared up through communication with enforcement agencies. But, as the Association of Americans Resident Overseas notes, late and failed notifications regularly result in the imposition of criminal and civil penalties without adequate due process. These problems persist “due to routine gaps such as the fact that most Americans’ abroad telephone numbers have too many digits to be entered into the agency system.”

Banks doing business with Americans living abroad must also be careful, lest they receive unwanted attention by tax and regulatory authorities. Recently, American citizens living in the United Kingdom attempting to open a bank account with Marcus (Goldman Sachs’ bank platform) were rejected due to the company’s inability to comply with byzantine FATCA regulations. The company stated that it is, “unable to support customers subject to FATCA information reporting or to provide the required 1099 statements due to the additional infrastructure required to comply with these tax regulations.” Millions of Americans must regularly endure these inconveniences and regulatory shortcomings, even when they hardly consider themselves Americans. “Accidental Americans” such as Kevan Earl (who lives in the U.K.) were born in the U.S. but are for all intents and purposes foreigners who have spent most of their lives in their mother countries. But because Earl and countless others spent only some of their diaper days in the U.S., they are subject to IRS tax reporting requirements.

Despite a historic crisis that has proven especially tough for Americans living abroad, these rules remain on the books and citizens will have to continue preparing returns this year for two different tax agencies. The Trump administration and Congress are, however, relaxing more rules by the day and may agree to finally end citizenship-based taxation. The more than 9 million Americans paying taxes abroad deserve reform and relief as they endure an exceptionally difficult and tumultuous time.