Smart Use of Unlicensed Spectrum Key to Closing the Digital Divide

Ross Marchand
|
Posted: Feb 20, 2020 10:39 AM
Share   Tweet
The opinions expressed by columnists are their own and do not necessarily represent the views of Townhall.com. 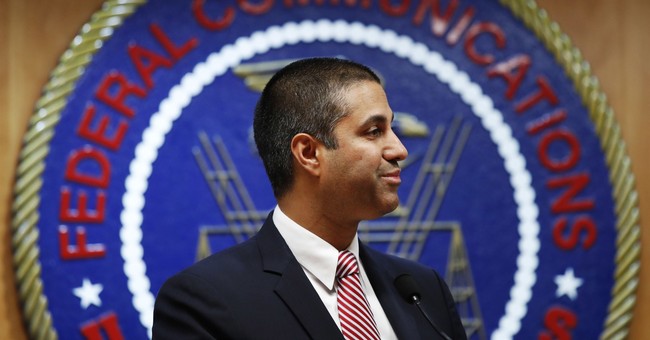 Thanks to hundreds of billions of dollars in investments by wired and wireless providers, America is poised to lead the world in fast, reliable internet with an increasing array of applications including telemedicine, automated technologies, and yes, cat videos. But America’s continued digital ascendance requires a carefully thought-out spectrum policy that makes the most of licensed – and unlicensed – bandwidth while not interfering with other uses of spectrum. As officials at the Federal Communications Commission (FCC) contemplate how best to allocate the 6 GHz band of spectrum, policymakers should consider the significant upside of making this chunk of bandwidth free to open, unlicensed experimentation.

While spectrum is often licensed to specific companies and exclusively managed, there’s a growing recognition of the need for shared, unlicensed spectrum. As the ultimate owners of spectrum in the U.S., taxpayers ordinarily benefit the most when licensed spectrum is leased out on a temporary basis. The resulting auction process generates billions of dollars in revenues for taxpayers, while spectrum flows to the bidders who value the spectrum the most (i.e. internet providers). But unlicensed spectrum can still generate substantial returns for taxpayers while bridging the digital divide for millions of Americans. Property rights in spectrum combined with digital “open spaces” can mean greater opportunities and internet access for hundreds of millions of Americans.

Policymakers should be mindful that unlicensed spectrum – key to applications such as WiFi – has been pivotal to the development of the digital domain. The FCC has designated the 2.4 and 5 GHz bands as the “Industrial, Scientific, and Medical radio bands” allowing for wireless technology experimentation that would simply be too costly on other, licensed bands.

Applications such as WiFi can expand internet access for millions while freeing up space on licensed spectrum networks. Taxpayers fail to make money directly off of unlicensed spectrum, since no one company or organization bid for the bandwidth. But, when spectrum generates substantial economic value, the flow of dollars from higher wages and profits to the U.S. Treasury increases. Former Tax Foundation Andrew Lundeen states what should be obvious to policymakers: “economic growth is a major driver of the level of tax revenues. In the times when tax revenues are up, the economy is doing well. When tax revenues are down, it’s because the economy is doing poorly.”

With the proper specifications in place, policymakers have an unprecedented opportunity to release the 6 GHz band of spectrum for WiFi use. The stakes could not be higher as an increased amount of internet traffic lands on local wireless networks. According to projections by Cisco, 71 percent of 5G mobile data will be offloaded to WiFi by 2022. Freeing up this bandwidth for unlicensed use would result in 7 additional 160 MHz channels for WiFi, a significant boon to current offerings. Relieving existing internet congestion via the 6 GHz band would deliver immense economic benefits, allowing the U.S. to lead the way in 5G wireless deployment. According to the Consumer Electronics Association, unlicensed spectrum already delivers a $62 billion annual shot-in-the-arm to the U.S. economy.

Increasing unlicensed capacity could bring in tens of billions of additional dollars into the Treasury, a welcome complement to impending revenues from the upcoming auction of the “C-band” spectrum. Pioneering the C-band and the 6 GHz band for licensed and unlicensed use respectively would pack a powerful one-two punch toward expanding internet access for the nearly 20 million Americans left behind by spotty or non-existent coverage. Once auctioned, C-band spectrum will give internet providers the bandwidth to pioneer 5G coverage across the country. Meanwhile, freeing up the 6 GHz band for unlicensed use will allow network consumers a fast, reliable alternative to cellular coverage, freeing up the broadband capacity needed for 5G.

Allowing the unlicensed use of the 6 GHz band (with the proper technical limits to protect incumbents) will help close the digital divide while benefiting taxpayers across the country.