Ross Marchand
|
Posted: May 14, 2019 10:49 AM
Share   Tweet
The opinions expressed by columnists are their own and do not necessarily represent the views of Townhall.com. 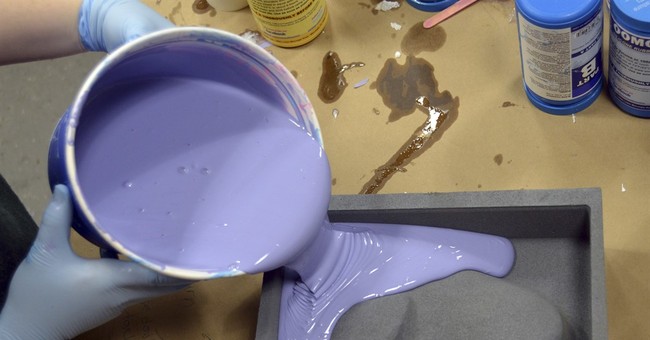 Almost always, key ingredients behind products we use on a daily basis have scary-sounding names. Octamethylcyclotetrasiloxane (“D4”), decamethylcyclopentasiloxane (“D5”), and dodecamethylcyclohexasiloxane(“D6”) silicones, for instance, are essential in a wide range of products such as bandages, protective coating on aircrafts, and airbags.

Yet, to some officials in the European Union (EU), these silicones pose an unacceptable risk to the environment. Despite science-based, sober-minded assessments in other countries vindicating silicones, European regulators and the UN may soon make a plethora of products costlier and harder to obtain. Instead of doubling down on heavy-handed rules, bureaucrats should embrace a rigorous scientific evaluation process for the chemicals in question.

One might assume that, before making a harsh regulatory decision that raises prices for millions of consumers, a government agency carries out extensive scientific research, does due diligence, and examines real-world data. Unfortunately, this is not often the case in the EU. The European Chemicals Agency (ECHA) relies on the precautionary principle for regulatory action, which prescribes bans and restrictions even if there’s a slight chance that substances may be harmful.

In other words, the burden of proof is on innovators to show that their game-changing products have the absurdly-low risk profile demanded by regulators. Unsurprisingly, the agency is unsatisfied by real-world evidence attesting to silicone safety, and seeks to keep “personal care products and other consumer/professional products (e.g. dry cleaning, waxes and polishes, washing and cleaning products) containing D4/D5/D6 in concentrations > 0.1%” off the market. It’s easy to freely regulate like this when ECHA isn’t even required to examine exposure data.

These prohibitions are just the tip of the iceberg since ECHA blacklisted D4, D5, and D6 in 2018 by adding the substances to a list of “substances of very high concern (SVHC).” This evidence-free designation is particularly concerning since the UN takes these listings into account when deciding which substances to ban/restrict worldwide via the Stockholm Convention. In 2001, for instance, the Convention decided to severely restrict the pesticide DDT, making it more difficult for developing nations to fight malaria worldwide. More than ten years after restricting the pesticide, the Convention partially reversed course and permitted countries to use DDT to fight malaria.

Alarmingly, the SVHC-Stockholm pipeline would result in countries such as Canada and Australia restricting or banning silicones despite regulatory evaluations already carried out by these nations. In 2009, the Canadian Ministers of Environment and Health determined that the three commonly-used silicones posed no dangers to human health, and further concluded in 2011 that all substances (except D4) posed no threats to the environment. In contrast to ECHA’s brash determinations, these conclusions were determined through laboratory studies and real-world impact studies. Even after concluding that D4 had some negative environmental impacts, the Canadian government continued monitoring and required some large producers to implement pollution prevention plans.

Building on Canada’s collection of evidence and commonsense determinations, Australia concluded in March of 2018 that there are no significant environmental risks. As such, Australia has opted not to restrict the production and use of D4, D5, and D6. This was a bold move by a country that usually embraces regulation.

European regulators should find it curious that the countries most closely weighing the evidence have backed off onerous regulations. Instead, the ECHA is doubling down on its paranoia and continuing its misguided crusade against silicones. These regulators should ditch the precautionary principle and instead insist on examining actual exposure data.

The stakes cannot be higher; restrictive EU and eventual global regulations against silicone could raise prices on everything from bandages to airbags to medical devices. Bureaucrats must take these regulatory costs into account and consider all available scientific evidence. Billions of consumers across the world are counting on little-known, long-named substances, and bureaucracy must allow for continued access and innovation.