Ross Marchand
|
Posted: Apr 18, 2019 10:04 AM
Share   Tweet
The opinions expressed by columnists are their own and do not necessarily represent the views of Townhall.com. 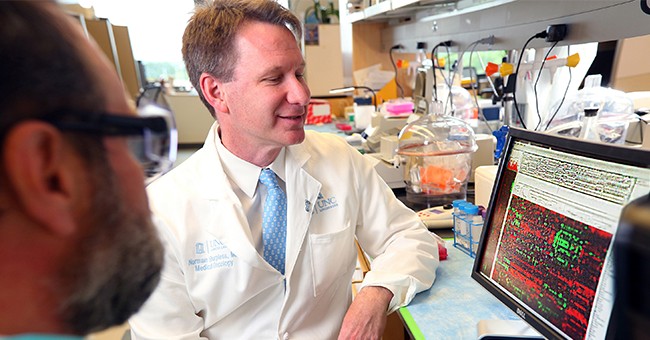 When then-Food and Drug Administration (FDA) commissioner Scott Gottlieb announced he was stepping down from the helm of the agency last month, taxpayers and harm reduction advocates cheered. The former FDA head engrossed himself into a destructive crusade against e-cigarette products, which give smokers an “exit ramp” off of cigarette use. Despite overwhelming evidence of the safety and efficacy of vaping products in getting smokers to quit, Gottlieb sought to deny the science and pull e-cigarettes from the shelves almost entirely.

Unfortunately, Gottlieb’s anti-harm reduction crusade will not retire with Gottlieb. New acting commissioner Norman “Ned” Sharpless recently suggested that the FDA’s war on vaping will continue unabated. Instead of clamping down on life-saving products, Sharpless should signal a sharp break from his predecessor and allow increased access to vaping products. The lives of tens of millions of smokers depends on access to safer alternatives.

On April 16, the new leader of the FDA confirmed that he would continue the agency’s relentless assault on vaping products. Pushing back against the idea that there would be a shift in agency policy, Sharpless said, “that the change in leadership reflects some desire of the president or the secretary for the FDA to go in a different direction from the Gottlieb era.” This affirmation comes as the FDA pursues disastrous guidance that moves the pre-market approval application deadline for vaping products up one year and gives innovators less time to create new innovative harm-reduction products.

In supporting current efforts to subject current vaping products to endless review and regulatory nitpicking, Sharpless acts as if there’s no research to date on the benefits of vaping products. In fact, international health authorities such as the UK Government’s Public Health England have found that e-cigarettes are 95 percent safer than ordinary combustible cigarettes.

These products are essential in helping smokers quit, according to recent research. A study published in the New England Journal of Medicine in January found that, “E-cigarettes were almost twice as effective as the 'gold standard' combination of nicotine replacement products," as described by lead researcher Peter Hajek.

But to the regulatory zealots at the helm of the FDA, a “youth epidemic” of teenage e-cigarette users is addicting an entire generation onto nicotine (never mind that even long-term nicotine use is fairly benign – on par with regularly drinking coffee). The agency is intent on using Centers for Disease Control and Prevention (CDC) data to paint an alarming picture of youth use in America.

In all, around 4.9 million middle-and-high schoolers vape, as the number of teenage smokers has halved since the start of the decade. Research shows that, contra FDA fears, e-cigarettes aren’t normalizing smoking for young people. An April study published in Tobacco Control found that e-cigarette use doesn’t make teenagers any more likely to want to try cigarettes or switch to deadlier products.

Agencies should think about children and adults when formulating public policy. And for every one teenager that likes to vape on weekends, there are almost two adults that are addicted to cigarettes and are desperately trying to find lower-risk alternatives.  The best scientific literature on the subject estimates that if the majority of smokers switched to vaping over the next decade, there would be 6.6 million fewer premature deaths with 86.7 million fewer life-years lost.

The new head of the FDA has a rare opportunity to reverse the disastrous course set by his failed predecessor and end the proposed guidance that would keep life-saving products off the shelves. If he was to do so, Commissioner Sharpless would win back the trust of America’s 40 million smokers and save millions of lives in the process.