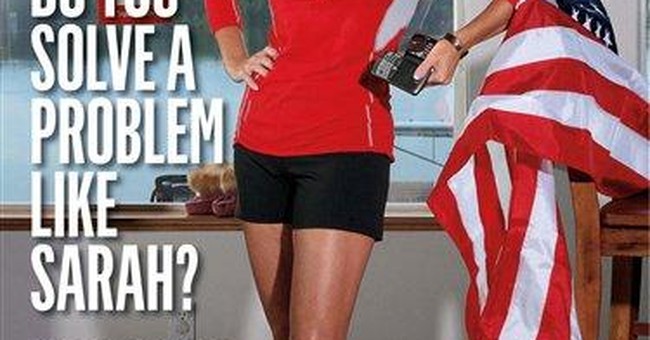 A selection of quotations on current topics....

The British magazine, The Economist: "If (Obama) sees any impropriety in politicians ordering executives about, upstaging the courts and threatening confiscation, he has not said so....(The markets see Obama) as an American version of Vladimir Putin."

John Brennan, President Obama's chief national security adviser for counter-terrorism: "Our enemy is not terrorism because terrorism is but a tactic. Our enemy is not terror because terror is a state of mind and, as Americans, we refuse to live in fear. Nor do we describe our enemy as jihadists or Islamists because jihad is holy struggle, a legitimate tenet of Islam meaning to purify oneself or one's community."

Douglas Feith, President George W. Bush's undersecretary of defense for policy: "What Brennan has done, I think, (is to bend) over backward to avoid using the term Islam at all and it makes discussions of what we're really up against artificial, unrealistic, and strategically unhelpful....To say Islam has nothing to do with it is ridiculous."

Henry Olsen, vice president of the American Enterprise Institute: "America is suffering its largest (employment) drop since World War II. When the economy was at its Bush-era height, in 2007, a little over 63 percent of adult Americans had jobs. (This month's) report shows that only about 58.4 percent do, a decline of nearly five percentage points. While the unemployment rate remains steady at 9.5 percent, the employment/population ratio continues to fall each month. In April it was 58.8 percent, in May 58.7, and in June 58.5 percent. Since America has about 238 million non-institutionalized civilian adults of working age, this decrease means that we have nearly 12 million fewer jobs today than we would have if the employment-population rate were still at its 2007 level of 63 percent.

Sven Birkets, author of "The Gutenberg Elegies: The Fate of Reading in an Electronic Age": "The printed book -- so we are assured by publishers and e-book mavens -- is not going to disappear any time soon....What is disappearing, with the speed of ink drying on a folio leaf, is the public profile of books, our sense of their literal and symbolic presence. We have all seen what is happening to libraries, as increasing numbers of them put their funds to digital use, moving books up, up, and away from what used to be the central ports of access -- the reading rooms -- to make more room for monitors. Bookstores have been the other great bulwark. Now comes the news that Barnes and Noble is putting itself up for sale."

Randy Barnett, a teacher of legal theory at Georgetown University, on ObamaCare: "What is the individual mandate (requiring every taxpayer to purchase health insurance)?...It is a commandeering of the people....Now, is there a rule of law preventing that? No. Why isn't there a rule of law preventing that? Because it's never been done before. What's bothering people about the mandate? This fact. It's intuitive to them. People don't even know how to explain it, but there's something different about this, because it's a commandeering of the people as a whole....We commandeer people to serve in the military, to serve on juries, and to file a return and pay their taxes. That's all we commandeer the people to do. This is a new kind of commandeering, and it's offensive to a lot of people."

Economist David Malpass, president of Encima Global LLC: "Washington's excess spending is now running $1.5 trillion annually, and both the Treasury and the Fed are relying heavily on short-term credits for funding. The marketable national debt has ballooned to more than $8 trillion, but wait -- the Obama administration has budgeted an increase to $20 trillion over the next few years, bringing it to more than 90 percent of GDP. Even that huge sum -- $100,000 thousand for every working-age American -- doesn't include the rapidly escalating debts of Fannie Mae and Freddie Mac or the government's unfunded liabilities for Social Security and Medicare. And to keep the debt estimate down the budgeteers are making wishful assumptions that millions of high-paying jobs will reappear and health care reform will pay for itself."

Michael Fleischer, president of Bogen Communications in New Jersey, in a Wall Street Journal op/ed headlined, "Why I'm Not Hiring": "When you add it all up, it costs $74,000 to put $44,000 in (employee) Sally's pocket and to give her $12,000 in benefits. Bottom line: Governments impose a 33 percent surtax on Sally's job each year....A life in business is filled with uncertainties, but I can be quite sure that every time I hire someone my obligations to the government go up. From where I sit, the government's message is unmistakable: Creating a new job carries a punishing price."