The Emergence of the Year's Top Stories 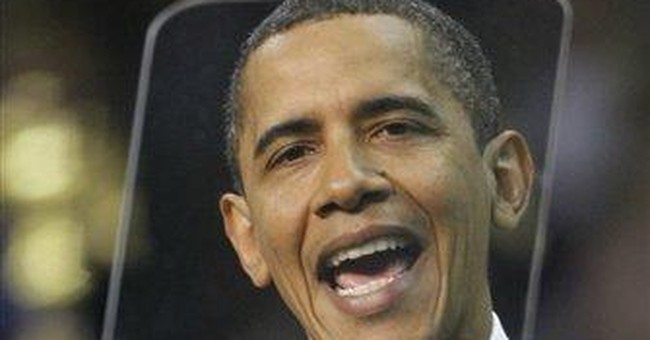 It's only mid-February, but major stories are running hot. Here's one list of astounding items that, come year's end, may rank among 2010's most significant news developments....

Iran's relentless push toward weapons-grade enrichment of uranium. Iran's intentions are clear; so is the West's fiddling -- its seeming lack of will to do anything substantive to thwart a rogue regime that hates on an epic scale and executes any of its own daring to dissent.

The growing power of public unions. Just 7.2 percent of private-sector employees are unionized, down from a peak of 36 percent in 1954. Yet public-sector unionization continues to grow -- standing these days at 37.4 percent, up from near zero in the 1950s. Now, for the first time in U.S. history, a majority (51.4 percent) of the nation's 15.4 million unionized workers are government employees. It used to be that federal, state, and local governments -- monopolies all -- refused to allow public employees to bargain collectively. Now public-employee unions have incestuous relationships with lawmakers, and taxpayers have no choice but to pay higher taxes to meet unionist wage, benefit, and working-condition demands.

Global warming, RIP. Killed by (1) extremists such as Al Gore and (2) record cold and snow crushing the Eastern United States, Britain, and the Eurasian landmass. Killed also by (3) the evident manipulation of climate data on the part of conspiring warmists across the globe -- at e.g. the UN, NASA, Penn State, and Britain's University of East Anglia. Question: If man's central role in global warming is a scientific fact, why did certain "scientists" feel the need to fudge the numbers?

China rising. Run by the Communist Party, China wants its way with for instance Tibet, Taiwan, and its own people (witness its, and now like-minded Iran's, contretemps with Google, so to deny everyday Chinese unfettered access to the Internet). Multiple other examples abound. China also means to have its way with the rest of the world -- including the United States. China's ambitions remain an underwritten story vast and huge.

The end of America's manned space flight program. President John Kennedy, a space visionary, galvanized the nation when he proclaimed, "We choose to go to the moon." In 2004, President George W. Bush pledged the return of Americans to the moon, followed by a manned expedition to Mars. With the shuttle program winding down, President Barack Obama's 2011 budget -- contradicting his own campaign rhetoric -- contains no money for manned space flight. So much for the vision of man venturing beyond the beyond. NASA's mandate will be for robotic science-fair experiments and Gorean monitoring of Earthly climate change. In all likelihood, the next humans to walk lunar and planetary landscapes will be, you betcha, Chinese.

Some shorts. (a) The evanescence of the printed word -- as seen in plunging numbers for publishers of newspapers, magazines, and books. (b) The Obama administration's desired end of Don't Ask Don't Tell in the military -- marking the overwhelming of national security considerations by an effete sociology. And of course (c) Islamist jihad -- the latest agency self-tasked with carrying out Nikita Khrushchev's 1956 declaration, "We will bury you!"

Debt and deficits -- from Dubai to Greece to the good ol' USofA. A British wag has coined the acronym PIGS to describe Portugal, Italy, Greece, and Spain -- basket-case Euro zone countries with public debt at or near 100 percent of their GDP. In the U.S., Congress has just raised the debt ceiling $2 trillion, to $14.3 trillion. Economic projections, including federal expenditures totaling $45 trillion over the next decade, have total U.S. federal debt growing from 53 percent of GDP in 2009 to 77 percent in 2020. The Moody's credit-rating agency warns that such spending could jeopardize the nation's AAA rating for its debt. And that $45 trillion single-decade amount would equal federal budgets from 1789 to 2006 combined.

And last, the accelerated degradation of the establishment political class. This combines (given Scott Brown, the tea-partyers, resurgent Republicans, and the end of the line for most of the Obama/Pelosi agenda, including health care) with the stunning fracturing of the Obama spell. Johns Hopkins' and Hoover's Fouad Ajami terms it "this extraordinary tale of hubris undone." It all combines, as well, with the smug mocking -- the demonization, even -- of those who disagree by administration practitioners of The Chicago Way. The popular turn is as sudden as it is abrupt. Obama-voting independents are disillusioned and angry. Victory in November will go, as it so often does, to those offering persuasive ideas, needed reform, and the determination to throw the incumbent rascals out.