On meaning of a possible Obama presidency 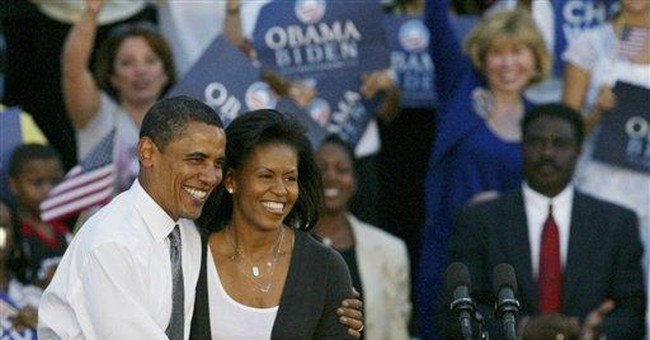 John McCain: "Senator Obama is measuring the drapes and planning with Speaker (Nancy) Pelosi and (Senate Majority Leader Harry) Reid to raise taxes, increase spending, take away your right to vote by secret ballot in labor elections, and concede defeat in Iraq."

The Wall Street Journal, in an editorial: "Taxes will rise substantially (under Barack Obama), the only question being how high. Mr. Obama would raise the top income, dividend, and capital-gains rates for 'the rich,' substantially increasing the cost of new investment in the U.S. More radically, he wants to lift or eliminate the cap on income subject to payroll taxes that fund Medicare and Social Security. This would convert what was meant to be a pension insurance program into an overt income redistribution program. It would also impose a probably unrepealable increase in marginal tax rates, and a permanent shift upward in the federal tax share of GDP."

Carnegie Mellon economics professor Adam Lerrick: "Barack Obama is offering voters strong incentives to support higher taxes and bigger government. This could be the magic income redistribution formula Democrats have long sought. . . . In 2006, the latest year for which we have Census data, 220 million Americans were eligible to vote and 89 million -- 40 percent -- paid no income taxes. According to the Tax Policy Center . . . this will jump to 49 percent when Mr. Obama's cash credits remove 18 million more voters from the tax rolls. What's more, there are an additional 24 million taxpayers (11 percent of the electorate) who will pay a minimal amount of income taxes -- less than 5 percent of their income and less than $1,000 annually."

Emory University economics professor Paul Rubin: "Democrats draw their political power from trial lawyers, unions, government bureaucrats, environmentalists, and, perhaps, my liberal colleagues in academia. All of these voting blocs seem to favor a larger, more intrusive government. If things proceed as they now appear likely to, we can expect major changes in policies that benefit these groups."

Robert McFarlane, National Security Adviser to Ronald Reagan: "In 2006, when conditions on the ground (in Iraq) were trending downward and a decision was required either to continue the struggle or to cut our losses, Barack Obama stated that the proposed deployment of more forces, the 'surge,' was doomed to failure and instead called for a phased withdrawal of all forces within a defined period. In short, Senator Obama was willing to lose. It was an astonishing display of ignorance to be so cavalier about defeat, almost as if losing a war was tantamount to losing a set of tennis -- something without lasting consequence."

Obama: "I'm the only major candidate who opposed this war from the beginning; and as president, I will end it. Second, I will cut tens of billions of dollars in wasteful spending. I will cut investments in unproven missile defense systems. I will not weaponize space. I will slow our development of future combat systems."

The Journal's William McGurn: "Barring divine intervention, a President Obama would not have a Republican Congress to worry about. Instead, he would be working with a Democratic speaker of the House who loaded billions in pork onto a bill meant to fund our troops; with a Democratic Senate majority leader who promised to change the way Congress spent but fought earmark reform; and with committee leaders such as Senator Chris Dodd and Representative Barney Frank, who did so much to bring us the financial implosion of Fannie Mae and Freddie Mac."

Investor's Business Daily, in an editorial: "(Former Weather Underground domestic terrorist and longtime Obama associate in radicalizing Chicago's schools) Bill Ayers' totalitarian revolutionary agenda isn't history. . . . (Today Ayers sits) on the directorate of the Miranda International Center, a think tank funded by the Venezuelan government of Hugo Chavez, unofficially a state sponsor of terror that (early this month) was found to be hosting terror training camps with Cuban and (Colombian Leninist) FARC operatives to attack its neighbors. Ayers is both a hero and adviser to Hugo Chavez and a colleague of Obama's."

Former POW Paul Galanti, held for six years in Hanoi, now Virginia chairman of Veterans for McCain: "What I see on the scene, the alternative, is the most scary thing I've ever seen. I we don't win, if we don't pull this off for John McCain -- it will make (George Orwell's novel) '1984' look like a Sunday-school picnic."

Columnist Charles Krauthammer: "Obama has shown that he is a man of limited experience, questionable convictions, deeply troubling associations (Jeremiah Wright, William Ayers, Tony Rezko) and an alarming lack of self-definition -- do you really know who he is and what he believes?

Princeton politics and international relations professor Aaron Friedberg and Commentary magazine senior editor Gabriel Schoenfeld: "In the past the American political process has managed to yield up remarkable leaders when they were most needed. As voters go to the polls in the shadow of an impending world crisis, they need to ask themselves which candidate -- based upon intellect, courage, past experience, and personal testing -- is most likely to rise to an occasion as grave as the one we now face."