In the Solitude of Forests, Quiet Redefined 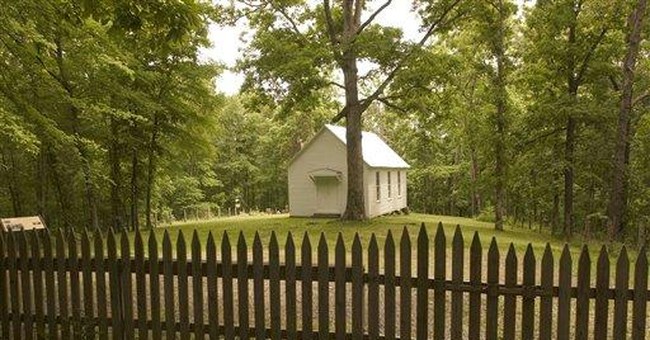 Floating the new water(less) closet — an outhouse, actually a porta-potty for stationary use — across the river and wrestling it up the 15-foot bank, the inquiring mind understandably asks: Why?

The answer is at once simple and complex.

At the remote Northwoods cabin acquired just out of college, the river on whose bank it sits serves as a moat against the life Ortega y Gasset noted “is fired at us point blank.” The first mandate upon arrival, even before sweeping out the deceased mice and settling in, is to take off one’s watch — an act akin to pulling up the drawbridge.

The cabin lies 10 miles from the nearest neighbor. It boasts only cross-river access. Because it lacks electric power, there is no television — hence no easy way to follow either the Olympics in the world’s largest Potemkin Village, or the Democratic hallelujah chorus in Denver. All of which, this year, greatly added to its magnetic tug.

And of course there is no running water, rendering the new outhouse a necessity.

Even without the Denver ochlocrats and the Chinese kakistocrats trying vainly to validate themselves, the cabin and its environs offer nothing any man can hope to possess — and nothing to do except find one’s place in the natural scheme of things. Rather, it constitutes an island of silence in the vast frenetic sea.

Joe Biden shares with Julius Caesar and other smug sophisticates a fear and distrust of people who think too much. (Biden has said as much to many, notably to a future U.N. ambassador: “My problem with you is you’re too competent. I would rather you be stupid and not very effective.”)

The cabin represents a solitary milieu for the reflection and thinking that are, these days, neglected arts. Too often today’s culture nurtures a prejudice against creative procrastination. Too often it holds that thinking is sloth, that anyone who goes somewhere just to sit and think needs counseling and group therapy. James Thurber wrote of the difficulty he had convincing his wife he was working when he was looking out the window.

Sitting amid vast reaches of silence, the cabin redefines quiet.

Noise can jam our surveillance system, our ability to monitor our environment, to hear . . .

The snort of a deer, the exhale of a bear, the throaty squawk of an eagle soaring. The quick-burble flare of a trout, the muffled stroke of a paddle and its drip-drip-drip in recovery. A multi-octave owl quartet or the wing-riffle of a whip-poor-will. A red squirrel’s chatter. A porcupine gnawing a birch at the river’s edge. Hemlocks and aspens soughing in the merest breeze.

Or to notice, among the truest of silences . . .

A savannah wave across the broom-straw. The passing shadow of a bird or cloud. The sun setting through a screen of pines red and white. The flash of a firefly in the night.

Sometimes solid thinking requires the redefined quiet so readily available 24/7 in the solitude of forests, and so rare in the world on this side of the river with its amplified noise intrusive and interfering.

The Great Anonymous found in the region “shining shores and beaver brooks, owl and rabbit trading looks.” He (or she) was right about that, as was Satchel Paige in this: “The social rumble ain’t restful.” And historian Paul Johnson well comprehends one of God’s best creations:

“Sensible things, trees. They don’t get angry, though the wind shakes and tosses them. They are beautiful but never vain. They may grow old but they do not surrender to weariness, cynicism, or despair. They are upright but not proud, hard but not cruel, shady and sometimes crooked but never dishonest. They whisper in a secret tongue, drop their leaves like hints, and sway to the music of time.”

In multiple ways trees are salvational, and they may be thinkers. They just might understand what the true quiet now so rare on the planet is all about. They also might understand the why of wrestling a new outhouse across a river and up a bank — the importance in it that surpasses Satchel’s “social rumble” or a front-row seat (via TV) to glom any of various ’crats doing their thing.

So in such a place count me among those who will take a quiet redefined this way any time — and have not a single regret.