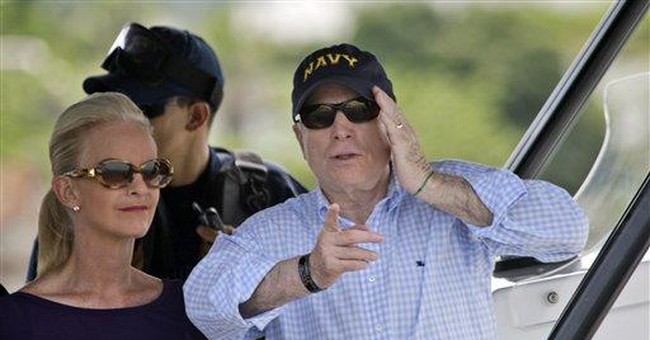 A potpourri of recent quotes in the news . . .

Bear, Stearns chief economist David Malpass: “This year should . . . (have been) filled with administration proposals to reform and simplify taxes, cut the corporate tax rate, extend expiring tax cuts, and index capital gains for inflation. At the end of 2007, Congress extended the inflation patch for the alternative minimum tax, without raising other taxes to pay for it. Using the same legislative process, the AMT fix should be made permanent in 2008 and then be used as a pro-growth precedent to make permanent the Bush tax rates that extend only through 2010.”

Author and Johns Hopkins professor Fouad Ajami: “We scoffed in polite, jaded company when George Bush spoke of the ‘axis of evil’ several years back. The people he (recently journeyed) amidst didn’t: It is precisely through those categories of good and evil that they describe their world, and their condition. Mr. Bush could not redeem the modern culture of the Arabs, and of Islam, but he held the line (in Iraq) when it truly mattered. He gave them a chance to reclaim their world from zealots and enemies of order who would have otherwise run away with it.”

Sens. John McCain and Joe Lieberman: “The war for Iraq is not over. The gains we have made can be lost. But thanks to the courage of our troops, the skill and intellect of their battlefield commander, and the steadfastness of our commander in chief, we have at last begun to see the contours of what must remain our objective in this long, hard, and absolutely necessary war — victory.”

Benjamin Hooks, former director of the NAACP, following receipt of the Medal of Freedom from President Bush: “We bought the books; (young people) won’t read them. We opened the libraries; they won’t use them. . . . When I get on that subject I do get fairly emotional, because I remember how hard we fought to use the library. Now it’s open and so many young people don’t go.”

Imprisoned Cuban physician and dissident Oscar Elias Biscet, awarded the Medal of Freedom in absentia, in a letter to his wife explaining why he will not accept freedom (as offered by the Castro regime) if he will agree to leave Cuba: “My suffering is much, much less since I began to seek after my dream of being free, but not only for me personally. If I thought only of myself, you know that I would have been free a long time ago, and I would have been rid of these unsettling anxieties. But I want to see my friend’s son and my adversary’s son, or any citizen, laughing happily from the satisfaction in their lives and enjoying a wealth of freedom, because it is the only way human talent reaches its maximum splendor.”

Garry Kasparov, former world chess champion and leader of The Other Russia — a pro-democracy coalition: “The (regime of Vladimir Putin took) Russia from a frail democracy to an efficient mafia state. It was an impressive balancing act — behaving like a tyrant while at the same time staying in the good graces of the West. After each crackdown, with no significant international reaction forthcoming, Mr. Putin knew it was safe to take another step. As ever, appeasement in the name of realpolitik only encourages would-be dictators. And such moral weakness inevitably leads to very real costs in human life.”

Al-Qaedist Osama bin Laden, in an audio tape released through jihadist television: “We intend to liberate Palestine, the whole of Palestine from the (Jordan) river to the sea. (It will be) blood for blood, destruction for destruction. . . . We will not recognize even one inch for Jews in the land of Palestine.”

Actress Jennifer Love Hewitt, responding to Internet comments about pictures of her on a Hawaii beach suggesting she is overweight: “A size 2 is not fat! . . . To all girls with butts, boobs, hips, and a waist, put on a bikini — put it on and stay strong.”