What Markets Are Telling Us

Ron Paul
|
Posted: Feb 15, 2016 2:34 PM
Share   Tweet
The opinions expressed by columnists are their own and do not necessarily represent the views of Townhall.com. 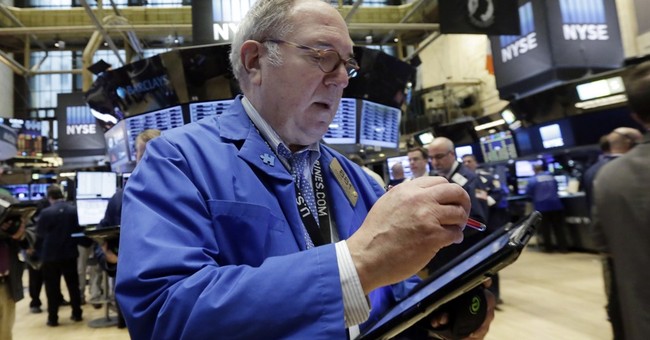 Last week, U.S. stock markets tumbled yet again, leaving the Dow Jones index down almost 1,500 points for the year. In fact, most major world markets are in negative territory this year.

There are many Wall Street cheerleaders who are trying to say that this is just a technical correction, that the bottom is near, and that everything will be getting better soon. They are ignoring the real message the markets are trying to send: you cannot print your way to prosperity.

People throughout history have always sought to acquire wealth. Most of them understand that it takes hard work, sacrifice, savings, and investment. But many are always looking for that "get rich quick" scheme. Monetary cranks throughout history have thought that just printing more money would result in greater wealth and prosperity. Every time this was tried it resulted in failure. Huge economic booms would be followed by even larger busts. But no matter how many times the cranks were debunked both in theory and practice, the same failed ideas kept coming back.

The intellectual descendants of those monetary cranks are now leading the world's central banks, which is why the last decade has seen an explosion of money creation. And what do the central bankers have to show for it? Lackluster employment numbers that have not kept up with population growth, increasing economic inequality, a rising cost of living, and constant fear and uncertainty about what the future holds.

The past decade has been a lot like the 1920s, when prices wanted to drop but the Federal Reserve kept the price level steady through injections of easy money into the economy. The result in the 1920s was the Great Depression. But in the 1920s prices were dropping because of increased production. More goods being produced meant lower prices, which the Fed then tried to prop up by printing money. Unlike the "Roaring 20s" however, the economy isn't quite as strong today. It's more of a gasp than a roar.

Production today is barely above 2007 levels, while heavily-indebted households already hurt during the financial crisis don't want to keep spending. The bad debts and malinvestments from the last Federal Reserve-induced boom were never liquidated, they were merely papered over with more easy money.

The underlying economic fundamentals remain weak but the monetary cranks who run the Fed keep trying to pump more and more money into the system. They fail to realize that easy money is the cause, not the cure, of recessions and depressions. They didn't realize that prices needed to drop in order to clear all the bad debt and malinvestments out of the system. Because they don't realize that, we are on the verge of yet another financial crisis.

Don't be confused by any stock market rallies over the next few months and think that the worst is over. Remember that after Black Tuesday in 1929 the Dow Jones rallied over the next year before it began slowly and steadily to sink again.

The Fed may try to cut interest rates again, maybe even going negative, or it will do more quantitative easing, but that won't work. Creating more money does not lead to economic growth and well-being. The more money the Federal Reserve creates, the more ordinary Americans will end up suffering.