It’s Not That Difficult: No Mas! 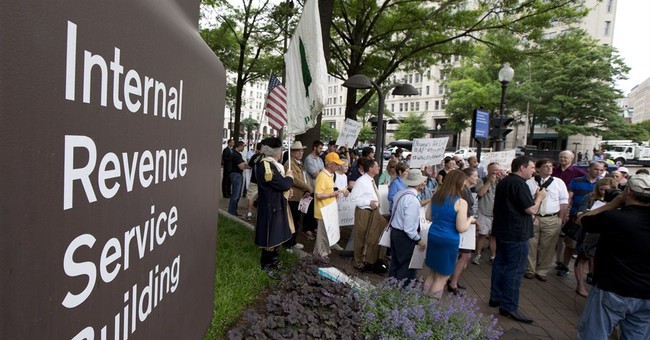 Our government seems to find difficulty in the simplest of actions, and when it comes to something more difficult, don't ask. Department after department seems to simply get lost in their job description and end up not doing it, or just doing a part of it, or going off in a different direction to avoid doing what they should do, and do something else instead. I know that is a bit confusing but not as much as what goes on in Washington.

Why then does the Justice Department, as an example, have to decide if an attack was terrorist driven or whether it's work place violence?  It didn't make sense to me until I found out it affected the survivors and families who lost loved ones as to what type of help they can expect from the loss they suffered. The change to work place violence caused the survivors great monetary loss.

Why did the IRS have to harass conservative PACs instead of approving or disapproving their tax free status?  It seems to be easier and more tantalizing to do the wrong task than the right one.

The previous two examples tell you operations of the various departments have to be set up as rules, not operational ideas.  Let me help with some of the rules needed in Washington that should stop the madness.

Let us begin with Welfare.  We are a humane nation and should be able to help those who can't help themselves without being played like a broken violin.

If a young lady comes to the welfare department with a young child without a husband or boyfriend then we must take care of her. . . ONCE!  After the first time she has to know that the rule is One and Done.

If someone is looking for a student loan that person must know that it can't happen unless they already have a part time job.  No full time borrowers. If a student can't work and study when they are young and healthy what's going to happen when they get older and have medical problems?

You can't have disability payments unless you are disabled.  Call me a stickler for the rules.  In England about 1/3 of those on disability made miraculous recoveries when the government announced they would have to go through a medical examination.  Why not do that here?

Food stamps should be to buy food.  Therefore they should only be good where groceries can be purchased.  Casinos don't sell groceries.

If you decide to work for the government you should be willing to work for a lower wage to keep our nation solvent and show your patriotic side.  The drive to make money should be in the private sector where the rules of economics apply and not the glad hand of a politician.  You should not get any special privileges because in most cases the work being done is not beneficial to the welfare or common good of the citizens.

We have too many examples of the wanton display of greed and lack of any morality and derelict of duty shown by government workers and elected officials as well.

1.  The various vacations we have witnessed, after the fact, taken by department after department at 5 star hotels, occupying the Presidential Suites, creating films by the governmental workers for entertainment and simply living the life of Riley.

3.  Finding out that a women had 50 stolen identities and had collected unemployment insurance in 8 states for over 3 years. . . Do you have any idea what that amounted to? Nobody could figure this out?

The one that gets me the most is the supposedly ended ability for our elected officials to make money in the various financial markets by dealing on inside information. Outside the government it is jail for such dealings. Inside it is simply a no risk money maker.

The problem with the dollar saving plans that come forth is the amount they save is like loose change one would find in their easy chair.  With $17 Trillion of national debt, saving a million or two seems like a penny ante approach to the problem. So let me give you a big picture program that would bring in real savings in a matter of a few short years.

The plan is to put every department of the United States Government on an incentive plan and watch the waste disappear.  Why would this happen?  A percentage of the savings in each department would go to those who work in the department.  You will see the following happen immediately:

1. When someone leaves they won't be replaced.

2. When a new project comes in there will be almost no new hiring, no new facilities and no new equipment.

3. Overtime will routinely occur and nobody will ask for time and a half.

4.  No budget will ever be accepted with higher costs.

Unfortunately for the head of each department the siphoning of funds will be frowned upon by the workers, not the bosses.

If this happened I would like the film rights to this because it will be a classic.

I would love to be around when the incentive system takes hold because the country would become the real Happiness Land in the World.

Until that happens  I will close with the heart wrenching words of a famous warrior, Roberto Duran, who said and I quote" No Mas!, No Mas! "