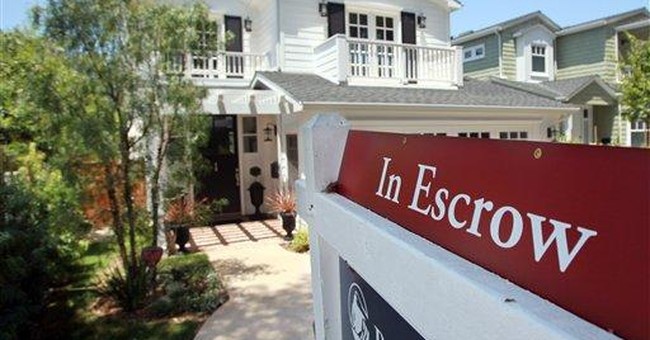 How come the public, you and perhaps me, (in my case it is generally tall tales about my golf ) seems to consider the truth as an optional choice in their communications with the masses? Is an innuendo considered fact and is this the way we should communicate? In our attempt to adhere to "political correctness" does the truth matter or is it something to be used only if it fits the message of what you are trying to convey? I bring this up because mortgage brokers, bankers and even secretaries in mortgage companies had been downgraded in the public's mind to be at best, on a par with politicians, if that's possible. That, of course was when we in the mortgage industry were discovered to have created the worst crisis since the great depression, as well as starting the fire at Mrs. O'Leary's place and rumored to have made the loan to the Mara's to buy Giant stadium and bury that union guy in the outfield.

The industry, as a whole, found religion, cleaned up their act, turned over a new leaf and got rid of the rascals.

Overnight our popularity pushed us ahead of lepers, third world leaders, the hierarchy of OPEC and Brent Favre in Eau Claire. We were back! And then the advertising started anew and we have dropped to a level where we have to look up to the likes of Blago and Robert Gibbs. I therefore have appointed myself, without referring to any or all of my golf adventures, to set the story straight and raise our image to the level of at least Chris Dodd and Barney Frank! (So I don't have great aspirations)

The mortgage industry is truly unique. We have a major nationwide mortgage company that was created on a slogan that wasn't true. They have grown to epic proportions and still use the same slogan, that still isn't true. Along the way they made changes, I'm sure, because many potential borrowers' credit was harmed through their business model. I haven't seen the problem in the last several years so they must have got that right.

Let's now look at the biggest offenders and allow me to explain the actual reality of the situation as I see them.

1. "We negotiated with the major lenders and convinced them to waive their fees to earn your business."

3.. "First we check with all the lenders across the nation and then pick the best one for you.”

All of the above certainly sounds good but in my humble opinion it is exactly what the title of the article states. I have spent two decades listening and watching these heathens quote us their form of religion, believin’ in deceivin’, and simply shake my head. It just doesn't add up and I am going to show you the "math."

No lender fees or no fees at all means someone is working for free. The title company doesn't get paid for their title report and insurance; the lenders work for free as there primary source of revenue is fees and the appraiser in his altruistic manner refuses any compensation for the report and the liability that comes with the valuation. However, if you raise the rate an 1/8 to 3/8ths, I am being kind, or higher you make a larger rebate. And you now have the money to pay the costs. Did you ever stop to think how expensive an extra quarter percent added to the rate for up to 30 years can be? In most cases it is way above the simple closing costs. Does the phrase "penny-wise and pound foolish" seem applicable?

It's our money and it's our rules might be the slogan for a Bank of America or Chase, but not for a mortgage banker. Every lender from the biggest commercial bank to the smallest mortgage bank sells to Fannie Mae and Freddie Mac their conforming loans. The definition of a conforming loan is one that conforms to the rules of Fannie Mae or Freddie Mac. Need I go on? Aside from those rules the warehouse line lenders have their own rules. They are generally commercial banks that loan the mortgage banks money so they can fund your loan and then sell it to Fannie or Freddie or securitize it and sell it with a large group of loans to investors. Only those banks who sell a portfolio product, one they keep in their own portfolio can use the phrase: "it's our money and our rules."

Picking the best rate from the best lender you can find in this country is a great idea; it just cannot be done very often, if at all. There are basically two ways for mortgage brokers and bankers to deal with lenders: sell to them or broker to them. In either case you must submit your credentials and be approved by the lender before you can start sending them loans. They do not approve everyone, and in fact, the better the lender the harder it is to be approved. Then you must have the proper license's to deal in each and every state you wish in this country. Licensing can be arduous, time consuming and nearly impossible in some states. In many states you must have a physical office. Add to all of this lenders do not lend in every state or in every county in the states they do choose to supply loans. One of the best loans I have ever seen, the 10 year fixed, jumbo, to $1.5 million is only available in certain counties of 19 states in these United States! The best jumbo arm lender I have seen in some time won't, for all practical purposes, loan in California or Michigan.

The pendulum has swung in the mortgage industry, and like every pendulum, it has gone too far in the other direction. Someday it will swing back.

For now it is tough enough to do the job and get borrowers what they are seeking without all the static over the radio and TV which causes them to raise their expectations beyond what can be delivered. What I have never been able to understand is who wins in these situations?

To the borrowers who have had to endure the feelings of being had by someone they had hoped they could trust; now that you know the real story, feel free to use the title of this column when you hear the tired old tune they start crooning to you when you apply for a loan. One thing is for sure they won't be able to finish the song on key!