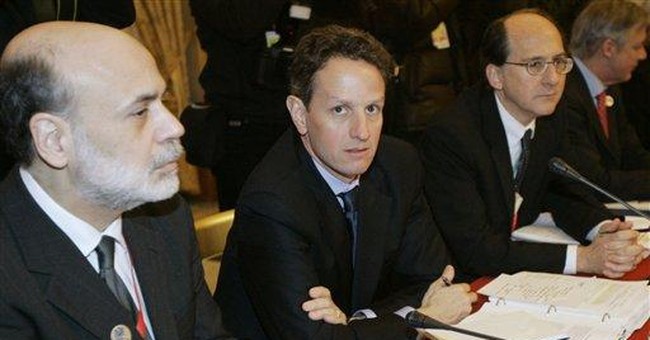 The worst thing I faced in both college and graduate school, studying economics, business finance and real estate, was the endless amount of dull reading I had to force our way through. My professors, who probably felt the same way I did when they were in school, always had a question or two from the small print buried in the middle of an article on every test. That was their way of telling us that shortcuts do not count. Consider that old school, verboten, not applicable or simply out-of-step! Our beloved leaders, in particular the Democratic Congressmen, Congresswomen and the Senators feel differently than my professors. If the reading is too much, listen to the news, ask your President or simply read the headlines. Then with a sincerity of purpose pass a spending bill that would shake a skeleton apart with the immense amount of spending for questionable projects they didn't even know were in the bill. The best part, of course, now that we passed it, we need to borrow the money to pay for it. Hallelujah!

Perhaps we can get another country - hopefully countries with enough money to help - to skip the fine print in the indenture agreement and float some really low interest rate bonds for an obscene length of time so our children's great-grandchildren won't feel the pain as much. Could there be such people, not Americans, who we could flim, flam that way? Doubtful on our luckiest day! Look at it this way: even if we have to pay a large amount of interest for a long period of time we have a good amount of people in the top income brackets that can support our debt (with their taxes) for some time. So what's the big deal!

On January 8th of this year I wrote "Where Is The Outrage" and thought at that time I had covered all of the moral indiscretions there were. How wrong could I be? Let us take a look at a group of elected officials doling the unthinkable. They actually agreed to fund one of the largest outlays of money in the history of this country without reading what they were voting for. How do you explain this to the youth in America? It is bad enough trying to make sense of this ourselves, but what do I tell my grandchildren (who, by the way, will be the ones strapped with this mess) about how it passed and became law? And then with a straight face tell them to get back and finish their homework?

Would you be concerned if your spouse came home and told you he or she contracted for a trip that would cost you an amount equal to your total take home pay for the next three years? Before you can collapse you learn that it is being financed, so you don't have to worry about finding the cash. When you ask where you are going and the other details of the trip you are told that all the details weren't ironed out as yet but you are definitely going to Europe, or maybe Asia. Your next thoughts would be punishable by life imprisonment or perhaps the death penalty so you let them pass.

The audacity of power should make your blood boil. I am particularly upset with the Senate Majority Leader, Harry Reid, and his $8 billion dollar high-speed train to Las Vegas from Southern California. About 35 years ago I was interested in that very idea, being a Southern Californian who likes to visit "Sin City," and started investigating it. I talked with transportation experts and entrepreneurs in both Los Angeles and Las Vegas and learned that it was a multi-million dollar concept that didn't pencil. The projected revenues wouldn't give a meaningful return in relation to the cost. Here is the good news: Congress and the Senate don't care, and we who are going to pay the bill haven't a say in the matter. So the Las Vegas Casino Recovery Act has been passed and soon to be signed into law. What were the odds of that happening?

I would love to run for Congress in my next life, where the first thing I would do is end the idea of consecutive terms. I really could care less how many terms a congressman, senator or president serve as long as they are not consecutive. Why? Because it would take the money out of politics in a way that nobody seems to have thought about. If you can't repeat yourself, you don't have to raise money during your term in office. You would have time to do such mundane things as reading every bill before you voted on it and not being coerced to vote for something that is just plain wrong so that you can be re-elected. Once your term was over you would have the next term to "show and tell" the electorate what you accomplished in your previous term and how you might even do it better next time. The electorate would have time to research your claims and the results of your votes, and decide if you in fact deserve another term.

Something has got to change and I hope it isn't our way of life. Right now I wouldn't bet either way on the outcome, because what happened last week in our nation's capital could happen again this week or next week if we just become spectators. I have never been a fan of writing my congressman or senators because I know that only their staff reads the letters and replies. But if everyone in this country who feels that passing laws without reading what they are all about starts writing, emailing and calling maybe the office holders would take notice and actually think about what they had done. There isn't any more time for complacency if you want this country to be the "land of the free."

When I reviewed the article, "Where Is The Outrage," I noticed that many people felt it was time for a million man and woman march on Washington to express our point of view. It seems that anything short of that is ignored. Unfortunately most of us cannot afford to take the time off, pay the travel expenses and still keep up with out monthly outflow. So why don't we have this march in every city, in every state of this nation? Why don't we organize a protest against the "arrogance of power" and let those who can't seem to figure out the difference between wrong and right see that we are not going to accept a change in our country from them or anyone else?

Until that can be arranged I am anxiously awaiting the opportunity to see what really is in the stimulus bill. Then I believe we will have a substantive reason to be outraged, and maybe the time of apathy will be over. That is a bet I would take!