Convention of States: How the States Meet to Bypass Congress

Rob Natelson
|
Posted: Sep 13, 2017 12:01 AM
Share   Tweet
The opinions expressed by columnists are their own and do not necessarily represent the views of Townhall.com. 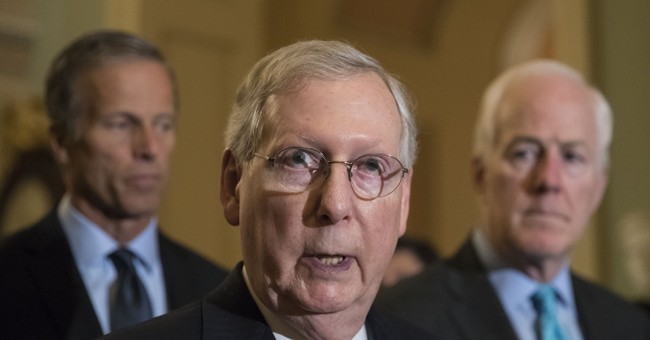 The idea of a convention of states such as the one scheduled for Phoenix, Arizona on September 12 may be unfamiliar to most people, but similar conventions have gathered throughout American history.

British-American colonies first met in convention in 1677 to negotiate an Indian treaty. After that first meeting, inter-colonial conventions gathered on average every four to five years, up to the time of Independence. They considered Indian relations, defense, and other common issues. The famous Stamp Act Congress (1765) and the First Continental Congress (1774) were both inter-colonial conventions, and the Founding generation referred to them as such.

After the Declaration of Independence, the pace of conventions accelerated. State commissioners (delegates) met ten times between 1776 and 1786, including conclaves in Providence, Rhode Island (1776-77), Yorktown, Pennsylvania (1777), New Haven, Connecticut (1778), Philadelphia, Pennsylvania (1780), and Annapolis, Maryland (1786). These gatherings focused mostly on defense and economic matters. The 11th convention of the Founding era became the most famous: the 1787 Philadelphia conclave destined to draft a new Constitution.

Not all these early conventions were successful, but the convention mechanism proved invaluable. Conventions frequently resolved difficult problems that otherwise would have gone unsolved. And contrary to some of the claims you hear today, commissioners stuck by their agendas and did their jobs. This is why Article V of the U.S. Constitution authorizes a convention of states as a way to propose needed constitutional amendments Congress refuses to propose.

Each convention of states is a temporary task force of duly authorized state representatives convened to address and propose solutions to one or more specific issues. A convention results when states accept an invitation (referred to as a “call”) sent by a state, a prior convention, or, occasionally, Congress. The 2017 Phoenix convention was called by Arizona’s state legislature to prepare for the likelihood that a convention will soon meet to propose an amendment requiring Congress to balance the federal budget.

The Phoenix convention is not the first to be held since the Constitution was adopted. In fact, some of the most interesting conventions of states met in the 19th and 20th centuries. The New England states met in 1814 in Hartford, Connecticut to discuss how those states should respond to the unpopular War of 1812. The Hartford Convention proposed several amendments to the U.S. Constitution.

Southern states assembled twice in Nashville, Tennessee in 1850 to coordinate a response to what they saw as overreach by the North. In early 1861, Virginia called a general convention for Washington, DC. That assembly proposed a constitutional amendment it hoped would stave off the Civil War. (The amendment was not adopted.) At the same time, several seceding states met in Montgomery, Alabama to draft the Confederate Constitution.

Lasting success was enjoyed by the 1889 convention of states called by Kansas for St. Louis, Missouri. It successfully proposed state and national anti-trust laws. During the 20th century, a series of small conventions negotiated the allocation of western river waters. The best known of these was the seven-state Colorado River Compact Commission of 1922. The latest was the five-state convention that divided the waters of the Upper Colorado River in the 1940s.

Historically, most conventions of states have consisted of only a few states within a particular region, such as New England or the Midwest. But seven have been national in scope (“general conventions”). Whether regional or general, however, conventions have followed certain common protocols, including the rule by which participating states have equal votes.