Rob Jenkins
|
Posted: Aug 22, 2021 12:01 AM
Share   Tweet
The opinions expressed by columnists are their own and do not necessarily represent the views of Townhall.com. 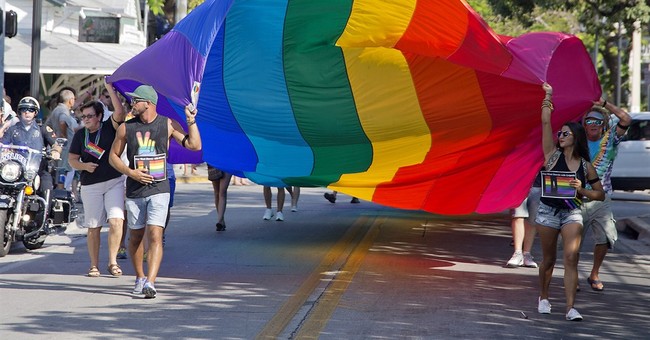 First, for the purposes of this column, as a conservative commentator writing for a conservative publication, I intend to focus specifically on the Left’s biases and how those warp their thinking, explaining why they believe so many things that are patently absurd.

That’s not to say we conservatives don’t also have biases. Of course we do. Everyone does. It’s part of the human condition. I have just observed that conservatives in general tend to be more rational, analytical, and introspective. (Remember that, for the Left, logic and reason are tools of white supremacy.) Thus, conservatives are more likely than leftists to recognize their own biases and take them into account when forming important opinions.

By “leftists,” by the way, I mean primarily everyday rank-and-file Democrats, including many of our friends, colleagues, and family members. I also include some members of the media, elected officials, and government bureaucrats. These people occupy what we used to call the “center-left”—except the center has now moved so far left that, if you’re anywhere near it, you’re bound to have some crazy ideas.

The second caveat is that not all of what we perceive as “bias” on the Left is actually bias. That’s why I stipulated “some” media members, politicians, and bureaucrats. For many, those apparently ridiculous assumptions are actually part of a well-thought-out plan for achieving specific results. They know perfectly well what they’re saying makes no sense, but they keep saying it anyway in order to influence their followers—the rank-and-file leftists I mentioned above.

A perfect example of this is so-called “gender theory.” Many of the academics and politicians insisting that sex is malleable understand that a man (defined as a physically mature human male) cannot actually become a woman (defined as a physically mature human female). It’s impossible. You know it, I know it, and so do they. But they continue making spurious, anti-scientific, emotion-based arguments in the hope that many will be swayed, even though the concept is completely irrational, if not insane.

The question is why this strategy works so well with regard to things like gender, policing, and Covid policy. Why is the propaganda so effective? And the answer, I believe, has to do with natural human biases to which leftists (as I noted above) are more susceptible because they privilege emotion over reason.

I don’t have space to discuss all the various types of bias, but here are a few examples of what I’m talking about, based in part on a recent conversation with a friend and colleague who studies human behavior:

Attention bias has to do with choosing which information to prioritize. Every moment, as human beings, we are bombarded by countless stimuli. In some cases, we have been conditioned to pay more attention to certain sights or sounds: the wail of a siren cuts through our reverie as we listen to music in the car; a rustling in the bushes stimulates our “fight or flight” reflex, despite the surrounding cacophony of bird and small animal noises.

Thus, when we hear our leftist friends decrying “police brutality” while completely ignoring the constant murder and mayhem on our city streets – even though the latter is far more common – we know they are paying selective attention. Every instance of a “trans” teenager being “bullied,” like every example of a “healthy young person” dying of Covid, is treated as a common occurrence instead of what it actually is: incredibly rare.

In journalism, we call this “man bites dog” syndrome. A police officer killing an unarmed Black person is news precisely because it happens so rarely – like a person biting a dog. Meanwhile, gang members killing each other in the streets often goes unreported because – like dogs biting people – it happens all the time. The belief that statistical outliers represent the norm creates a false perception of reality, which is then manifested in what people say, how they vote, and which policies they support.

Confirmation bias is a related concept that involves privileging information that seems to confirm a person’s previously held beliefs. Thus, if you already believe police are “targeting” Black men, because the media has gotten your attention by serving up a steady diet of such tragic but rare stories, then every time another incident takes place – ten or fifteen times a year – you will naturally say, “See! I told you this was a problem!”

Of course, that completely ignores the thousands of interactions between the police and Black men each year that do not result in fatal shootings—or any shootings. And there’s a good reason those are ignored: They fail to confirm the biased hypothesis that police are targeting Black men. Indeed, they utterly disprove it.

Finally, there is fundamental attribution error, which is the tendency of people to under-emphasize situational and environmental explanations for others’ behavior while over-emphasizing character- and personality-based explanations. The guy who cuts you off in traffic is just a jerk, but when you have to dart into that other lane, it’s only because you’re late for work and your exit is coming up.

Likewise, when Republican politicians vote against a pork-filled “relief” bill because it’s wasteful and doesn’t actually provide much relief, or oppose the “Equality Act” because it harms women, they must just hate children and "trans" people. But when Democrat politicians stand up against Republican-proposed legislation, they’re acting on principle. (As I said, conservatives can be guilty of this same kind of thinking. They’re just more likely to be correct.)

There are many more classic biases we could talk about, but these should serve to illustrate my point. In any case, that’s all I have time for in this short column. And if you believe what I’ve said here merely illustrates my own biases—well, you might be right, but you’re probably not thinking clearly.