Dear Students: You Have No Right Not to Be Offended

Rob Jenkins
|
Posted: Feb 21, 2021 12:01 AM
Share   Tweet
The opinions expressed by columnists are their own and do not necessarily represent the views of Townhall.com. 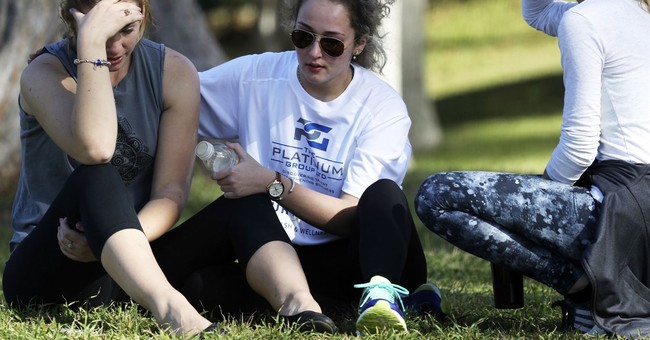 The latest insanity from the Left (or one of the latest insanities, at least; they seem to compound daily) is that a group of Harvard students and faculty are demanding the university rescind degrees awarded to Ted Cruz, Kayleigh McEnany, and other conservatives and “Trump allies.” Why? Because said students and faculty members disagree with them about politics. Because they find their views to be “offensive.”

Where in the world did people get the notion that they can cancel others just because they offend them? Are the would-be cancelers oblivious to the fact that the Constitution expressly protects freedom of speech while offering not one word about freedom from offense?

Yes, they probably are. As to why they didn’t learn that, and where they got this idea that there’s some sort of right not be offended—well, that is a topic for another column. As a practical matter, I’m more concerned about stopping this poisonous idea in its tracks and helping young people learn to grapple with the reality that not everybody thinks like them—which is really just another way of saying, help them grow up.

To that end, each semester, I give the following short speech to my college students on the first day of class and also include a version of it in my syllabus. I share it here in the hope that it might do some good in the wider world. If you agree, perhaps you can forward it to a millennial or Gen-Zer that you love. If you disagree — well, I hope at least you’re not offended by this:

“There’s a lot of talk these days about 'hate speech' and other things people say that are “offensive.” So before we go any further, I need you to understand that 'hate speech' s not an actual thing, as the Supreme Court has repeatedly affirmed—including very recently in Matal v. Tam (2016).

“Yes, people sometimes say things that others find offensive. And while we should probably try to avoid offending people whenever possible — something my parents taught me when I was a child — there’s no way you can go through life without doing so occasionally. I certainly can’t teach a class of any substance without saying something that someone might find offensive.

“Not that I go out of my way to offend. Personally, I’ve never taken a ‘shock jock’ approach to teaching, saying outrageous things in order to provoke a response from students. That’s just not my personality. But I’ve had professors like that, and you probably will, too. Just be aware that they’re allowed. It’s called academic freedom.

“But even if I don’t mean to offend you, I just might. And if I don’t, one of the writers we’re studying probably will. After all, writers WRITE about all sorts of controversial topics, like sex and gender and politics and race and what have you. Any writer worth reading ultimately writes about the human condition, of which all those are important elements.

“So my advice to you, as we embark on this class, is twofold. First, keep in mind that being offended is a choice. Others can say what they want; you have no control over that. What you can control, however, is how you respond. You can choose not to be offended, even if someone’s words are objectively offensive— although that’s relatively rare. The vast majority of the time, offense is subjective: something taken, not given.

“More importantly, in the context of a college course, you should understand that being offended is an emotional response, not an intellectual one. The appropriate intellectual response to offensive speech, whether objectively wrong or merely subjectively distasteful, is to formulate a cogent rebuttal.

“Why, exactly, is the speaker (or writer) wrong? Why are you right? What evidence can you marshal to support your position?

“Unfortunately, as a society, we seem to have gotten the idea that the answer to offensive speech is to shut down or cancel the speaker. But that never works, long-term, as the history of oppressive regimes clearly shows. That’s especially true in the United States, where many of us have grown accustomed to speaking our minds and view efforts to silence us as a personal challenge.

“Instead, the antidote to wrong or offensive speech is more speech, not less. When it becomes apparent that a bad idea cannot withstand reasoned argument, then it will die, and not before. That, in my humble opinion, is one of the main things you’re going to college to learn.”