Decline of the Senate 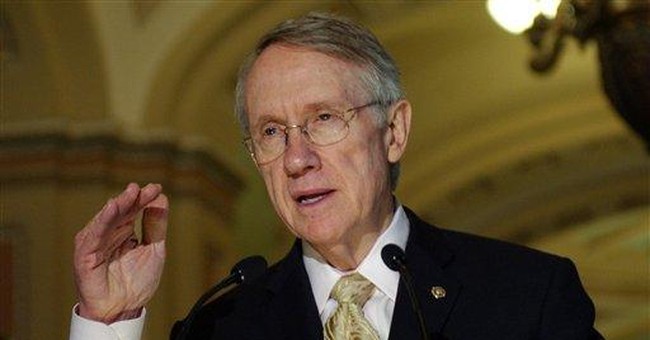 WASHINGTON, D.C. -- Sen. Arlen Specter, at age 78 suffering from cancer, was feeling miserable Monday following chemotherapy the previous Friday. But believing the best antidote was hard work, Specter took the Senate floor with a speech different in kind from the partisan oratory now customary in the chamber.

Specter, a Republican centrist, never has been much of a partisan, but during five terms he has become a protector of the Senate's faded reputation as the "world's greatest deliberative body." On Monday, Specter deplored Senate Majority Leader Harry Reid's use of a parliamentary device called "filling the tree" to prevent the Republican minority from offering amendments to a bill.

As Specter spoke, the Senate chamber typically was empty except for freshman Democratic Sen. Ben Cardin, there as presiding officer. Specter departed from Senate self-congratulation: "The American people live under the illusion that we have a United States Senate. The facts show that the Senate is realistically dysfunctional. It is on life support, perhaps even moribund. The only facet of Senate bipartisanship is the conspiracy of successive Republican and Democratic leaders to employ this procedural device known as filling the tree. It is known that way to insiders, and it is incomprehensible to outsiders."

The device was used last week when Reid called up the bill to control global warming, producing the state of futility that has haunted Reid's year and a half as majority leader. Characteristically, Reid neither found support to pass this bill nor attempted a compromise with opponents. Debating an energy tax as gasoline prices hit four dollars defied political logic. But Sen. Barbara Boxer, chairman of the Environment Committee, insisted. Reid bowed to her.

To prevent his Democratic colleagues from facing difficult amendments, Reid filled the tree with interlocking amendments that stave off all other proposed changes. The procedure has been used by majority leaders of both parties since 1985, but never as often as Reid. This marked the 12th time he has resorted to the device.

What followed illustrates the decline of the Senate under Reid. The Senate fell far short of the 60 votes needed to close debate on the bill. While Reid blamed Republican intransigence, 10 Democratic senators -- including five-term liberal stalwart Carl Levin of Michigan -- wrote Reid last Friday telling him they "cannot support final passage of the bill" because of its economic impact on their states. Reid set aside climate change and moved to the bill imposing an excess profits tax on oil companies. He next asked the Senate to close off debate Tuesday and end the non-filibuster, an effort that predictably fell short of the needed 60 senators.

Even for the feckless Senate, last week was extraordinary. When Republicans contended Reid broke his pledge to confirm three of President Bush's appeals court nominees by Memorial Day, Senate Republican Leader Mitch McConnell retaliated by requiring the entire climate-change bill to be read into the record (consuming over 10 hours). A half-century ago when I covered the Senate under Lyndon B. Johnson, such an event would have been headline news. Last week, it was barely noticed.

An unusual aspect of the current parliamentary situation is that the climate-change bill remains the pending business of the Senate because of Republican refusal to let Reid dispose of it. The GOP strategy is to keep the issue at hand because of its political toxicity. Specter, trying to be an old-fashioned legislator, really wants to detoxify the bill but cannot because of the no-amendment rule. On Tuesday, he wrote asking for hearings on his 16-month-old proposal to prohibit the majority leader from filling the tree.

The defense of Reid's conduct is that he is hampered by a one-vote majority and will be less restricted once this year's elections multiply Democrats on hand. But LBJ operated with a one-vote margin during the four years that made his reputation as what biographer Robert Caro called "master of the Senate." Johnson relied on maneuver and negotiation. In contrast, Reid uses arcane parliamentary tactics to transform the Senate into another House of Representatives, where the majority can dictate what amendments its members will have to vote on. A bigger Democratic majority next January in itself may not reverse this institutional decline.