How Weasel Words Pave the Road to Hell

Robert Knight
|
Posted: Jun 19, 2019 12:01 AM
Share   Tweet
The opinions expressed by columnists are their own and do not necessarily represent the views of Townhall.com. 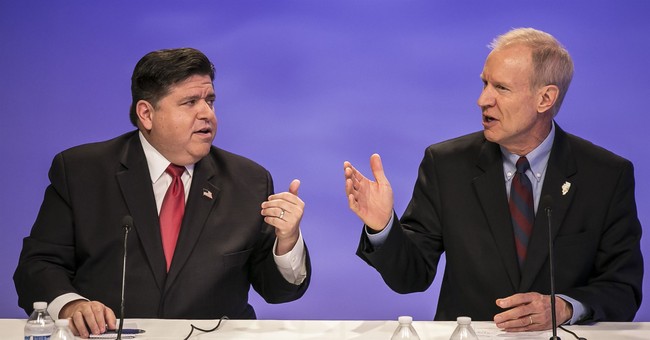 Euphemism: “an innocuous word or expression used in place of one that may be found offensive or suggest something unpleasant.”

We are awash in weasel words. That is, euphemisms meant to distract us from reality.  The most obvious ones are replacing homosexuality with “gay,” taxes with “revenue,” spending with “investments,” sexual confusion with “gender identity,” and abortion with “choice.” Actually, abortion has a whole set of weasel terms.

Illinois Governor J.B. Pritzker drew “whoops and cheers” from onlookers on June 12 as he signed The Reproductive Health Act, which he called “a beacon of hope in the heart of this nation.”  A widely published AP photo shows him grinning broadly and holding up a pen as female abortion activists applaud.

The Reproductive Health Act repeals the state’s parental consent requirement and the state’s ban of partial-birth abortions, clearing the way for killing unborn children right up to the moment of birth.  It’s similar to the law enacted in enlightened New York and ones proposed in a number of other Democrat-heavy states, including Virginia.  While Republican-led states are passing “heartbeat” bills that protect human life after a heartbeat is detected, Democrats in response think this is a pregnant moment to do away with all restrictions on the “procedure.”

The Illinois law itself bears the glaring weasel word phrase: “reproductive health.”  It has nothing to do with health or with reproduction but their opposite — destroying a human life in the womb and even the birth canal.  “In this state,” Mr. Pritzker chivalrously declared, “women will always have the right to reproductive health care.” What a prince.

Women already had the “right to reproductive health care.” Nobody was stopping women from getting pregnant, having babies, getting prenatal care, or acquiring birth control devices or drugs.

The term “reproductive health” now means abortion. It also conveys the idea that women have the “right” to force other people to pay for their birth control and abortions.   Democrats are still trying to coerce the Little Sisters of the Poor and the Christian owners of Hobby Lobby into offering abortifacients as a “right” regardless of their belief that this would make them complicit in taking innocent human lives.  So much for “choice.”

Speaking of weasel words, there’s confusion over just what constitutes a “right.”  In the name of economic equality, progressives (i.e. socialists) insist that poor women have the right to free birth control and free abortions.  But having a right to do something or acquire something is not the same as forcing others to pay for it.

Joe Biden used to abide by this distinction but has thrown in with his party’s rabidly pro-abortion contingent and now advocates overturning the Hyde Amendment so that taxpayers can be forced to pay for abortions.  He drew praise from Ilyse Hogue, president of the abortionist trade group NARAL Pro-Choice America, who called abortion a Democratic Party “core value.”  She said “reproductive freedom is fundamental to the pursuit of equality and economic security.”  Can’t establish socialism without abortion, in other words.

This whole business of “rights” and even “freedom” has become distorted into a grab bag of demands for goods provided by others.

The First Amendment guarantees freedom of speech, but not the “right” to force others to pay for a printing press or computer.

The Second Amendment guarantees Americans the right to own firearms, but it does not grant a “right” to force others to subsidize gun purchases.

Declaring health care to be a “right” implies that the government must seize control of health care to ensure “free” services for all, especially abortion.

Same with groceries, education, rent, childcare, you name it. Why not cars and televisions? Or cell phones? Wait. We already have that. More than 20 million Obamaphones have been handed out, and the Lifeline Assistance program estimates that more than a third of the country’s population may qualify for a phone at others’ expense.

The idea behind all this weasel verbiage is to create an unstoppable free stuff army to overwhelm productive citizens, create one-party states, and eventually a one-party nation. With Democratic hegemony comes ideological conformity.

In socialist countries, “freedom” means having elites micromanage the rest of the population.   They get there by promising free abortions, free income (even for those “unwilling to work”) and lots of other free stuff.

Eventually, anyone who doesn’t go along gets a “free” trip – to the nearest gulag.