A Crazy Way to Look at Shooters – and Reality

Robert Knight
|
Posted: Jun 26, 2018 12:01 AM
Share   Tweet
The opinions expressed by columnists are their own and do not necessarily represent the views of Townhall.com. 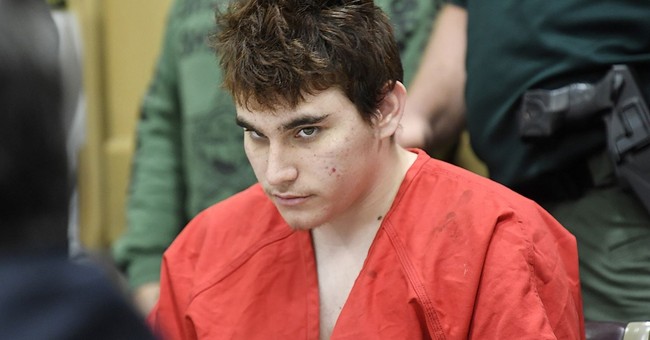 The mental health industry isn’t what it used to be, although there are plenty of brilliant and compassionate analysts and counselors who help lots of people.

Effective treatment depends a great deal on what is considered healthy and normal.  And that keeps changing with the times, sometimes based on demands from identity groups.

Not long ago, when a guy gazed in the mirror and saw a girl’s reflection, most analysts would have concluded that he needed help working through his delusion.

Now we’re told that anyone who thinks the “girl” in the mirror is still actually a guy is the one who needs to be on the couch.  Also, that counselors who help people resist unwanted same-sex desires at their clients’ request are unethical and should have their licenses yanked.  Science? Biology? Anyone?

A new report suggests that even mass shooters have sown confusion inside the mental health establishment.

Just the other day, the FBI released a study of active mass shooters between 2000 and 2013 and concluded that the killers tended to be boys or men and had displayed some troubling behavior before the shootings.  No surprises there.

But here’s the statistic that the Washington Post deployed in order to smack around President Trump:

“Contrary to public perception of the episodes as being fueled by mental-health issues – an assertion frequently given voice by President Trump – law enforcement officers were able to verify that only about 25 percent of the attackers had diagnosed mental health issues.”

Get that?  The other 75 percent were just out for – what? A good time?  The weasel word in the article is “diagnosed.”  If you rush past it, you might conclude that the “undiagnosed” killers have no mental health issues.  That’s probably not what they meant, but it’s still a head-scratching assertion.

The Post also quotes a 2015 study by a clinical psychiatry professor at Columbia University who “examined 235 people who carried out or attempted to carry out mass killings, and he concluded that about 22 percent could be considered mentally ill.”

If mass shootings themselves do not qualify as a marker for mental illness, perhaps the definition needs some work.

There’s another point that shouldn’t get lost amid the statistics:  Setting out to kill innocent people is not only mentally unbalanced but evil.

Millions of people are treated for various mental afflictions, from mild depression to schizophrenia, but only a tiny few go out and do something horrendous.   I don’t think it’s out of line to suggest, as President Trump does, that such people are both crazy and evil.

In our rush toward a therapeutic model of human behavior that reduces the moral element to a negligible factor, society’s sense of right and wrong has become blurred.

In Anthony Burgess’s 1962 novel “A Clockwork Orange,” bored young thugs go on violent romps.  There are two horrific aspects.  The first is the actual violence against innocent victims, vividly portrayed in the 1971 movie version directed by Stanley Kubrick.   The other is the “conditioning” of the lead thug, Alex, so he is mentally inert and thus “cured.” Or is he? That’s how the movie ends, unlike Burgess’s novel, which has a more hopeful conclusion, with Alex admiring a former hoodlum who has matured into a husband and father.

A crucial aspect of what makes us human is that God imparts a moral sense in every human heart and allows us to make moral – or immoral – choices.  Take that away and we’re just behaviorally wired animals without a grasp of the sacredness of human life.

If the vast majority of mass shooters are not “mentally ill,” then perhaps we should settle for calling them evil.

One thing on which we should all be able to agree is the need to identify the factors that turn some kids into monsters so we can spot them and stop them before they act.