The Way Back to Religious Liberty

Robert Knight
|
Posted: Jan 25, 2018 12:01 AM
Share   Tweet
The opinions expressed by columnists are their own and do not necessarily represent the views of Townhall.com. 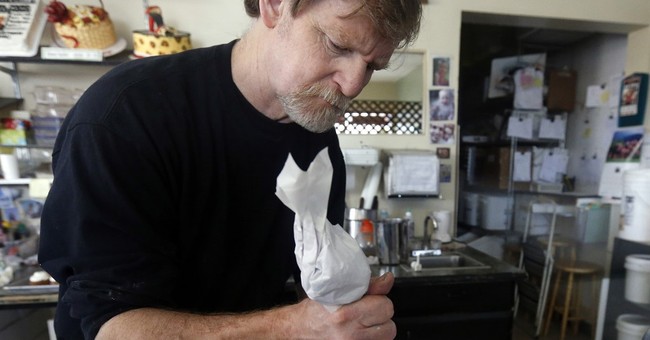 The rule change by the Trump Administration affected any houses of worship that were damaged on or after August 23, just before Hurricane Harvey devastated large areas of Texas and especially the Houston area.   It was a welcome relief also to congregations in Florida, Georgia and South Carolina in the path of Hurricane Irma, and to church communities in Puerto Rico that endured Hurricane Maria.

What might seem to be a neutral stance – that all damaged buildings in a disaster area could apply for aid financed by U.S. taxpayers – was denounced by atheist groups as a violation of the “separation of church and state” doctrine that has governed church-government relations since a series of Supreme Court rulings in the 1940s.

Beginning with Justice Hugo Black’s misapplication in Everson v. Board of Education (1947) of a reference in a letter from Thomas Jefferson to the Danbury, Connecticut Baptists promising a “wall of separation” between church and state, the court effectively abandoned neutrality for hostility.

Federal officials’ initial singling out of religious institutions for denial of disaster aid is just one of many consequences from that serious misreading of President Jefferson’s letter -- and of the First Amendment.  As historian David Barton notes, liberals now use the First Amendment as a sword to attack religious freedom, while conservatives use it as a shield.

Wrong-headed rulings have fundamentally transformed many constitutional protections into their opposite, but nowhere has more damage been done than to the First Amendment, the first part of which reads:

Congress shall make no law respecting an establishment of religion, or prohibiting the free exercise thereof.

America’s Founders, and particularly Mr. Jefferson and James Madison, who championed religious liberty, would be appalled at how those very words have been twisted to advance discrimination against religious speech and practice.

But perhaps a turnaround is on the horizon.

The Trump Administration’s appointment of judges who respect the Constitution is one good sign. Another is the recent move by FEMA to undo bureaucratic discrimination.  Still another is a pending Supreme Court case.  On December 5, the justices heard arguments in what could produce the most important First Amendment ruling in decades.

A Christian baker in Colorado who had declined to bake a cake for a same-sex wedding invoked First Amendment protection from having to use his artistic ability to express something against his values.  The case is Masterpiece Cake Shop, Ltd. v. Colorado Civil Rights Commission.

Similar cases have arisen across the nation involving bakers, wedding planners, photographers and florists, all of whom say they have no problem with serving homosexual clients but draw the line at helping to facilitate weddings.  They say it is about the event, not the clients, a crucial distinction that the Court just might find persuasive.

Although all of these involve religious liberty, they could gain more support from liberals if they are based on freedom of expression.  After all, these are the same folks who think nude dancing is covered, so why not expressive cake baking?

In many arenas, the courts have invented new “rights” not envisioned by the Founders or ignored specific constitutional guarantees.  Without the Founders’ Biblically-based understanding of humans as flawed but redeemable, it’s easy to arrive at rulings, policies and laws that sound good on paper but are calamitous in the real world, producing a less responsible populace.

Thanks to the genius of the Framers, there is a way back.  The Constitution itself is the most articulate voice in any legal matter. Since people are policy, the short answer to how we can restore America’s constitutional freedoms and ordered liberty is to elect and appoint leaders and judges who respect the original text and defeat those who do not.

Another remedy would be to impeach lawless judges, something clearly authorized by the Constitution, but almost never exercised. Maybe we need the president to declare some of these judges a disaster.

Robert Knight is an author and Washington Times contributor.