Knocking a Powerful Meme Out of the Park

Robert Knight
|
Posted: Apr 26, 2016 12:01 AM
Share   Tweet
The opinions expressed by columnists are their own and do not necessarily represent the views of Townhall.com. 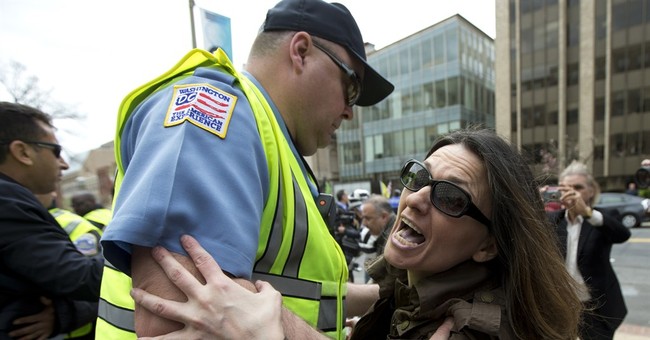 Media narratives can last for years, especially if contradictory evidence is suppressed or ignored.

In an extraordinary Imprimis essay based on a speech in March at Hillsdale College, City University of New York journalism adjunct professor Charles Leerhsen sets the record straight on one of baseball’s greatest players, Ty Cobb.

A former Sports Illustrated editor, Mr. Leerhsen began researching for a new book (Ty Cobb: A Terrible Beauty, 2015), figuring to add anecdotes to further the Georgia native’s reputation as a mean, racist, dirty player.  Going back to original sources, he found a far different picture of the man.

Here’s the scoop:  Cobb holds many baseball records from his 24-year career, including a .366 batting average. He out-balloted Babe Ruth for entry into the Hall of Fame. He even stole home 54 times. But “the Georgia Peach” has become better known for wildness, such as sharpening his spikes to injure fielders as he slid into a base, beating up black people and wreaking havoc on and off the field.

“It is easy to understand why this is the prevailing view,” Leerhsen writes. “People have been told that Cobb was a bad man over and over, all of their lives. The repetition felt like evidence.”

Most of the “bad Cobb” meme is based on a biography by a ghostwriter, Al Stump, who Cobb threatened to sue when he got to see the manuscript. The book, My Life in Baseball: The True Record, went to press months after Cobb’s death in 1961, followed by a well-circulated magazine article by Stump.

When Leerhsen tried to corroborate, he found no substantiation and even the opposite of what was alleged.  The sharpened spikes, he concluded, was a myth about certain players that began long before Cobb ever took the field.  He found no evidence that Cobb did it, although Cobb did slide in very hard, sometimes with spikes up.  Stump also wrote that Cobb was so hated that only three people attended his funeral.  Despite the Cobb family’s wish to keep the service private, “thousands of people packed the church and lined the way to the cemetery,” Leerhsen said.

Another writer, Charles Alexander, in a 1984 biography, wrote that Cobb fought with three black men, which indicated his racist tendencies. But Leerhsen found that “all three of the black fighters… were in fact white.”

In 1994, the Tommy Lee Jones movie “Cobb,” contained an entirely fictional scene with an elderly Cobb trying unsuccessfully to rape a girl in Las Vegas.

It’s not that Cobb was meek; he got into more than his share of brawls with whites and blacks.  But the racist narrative was too juicy to pass up. Even Ken Burns, who produced the PBS series “Baseball,” bought into Cobb’s bad boy image.

Conversely, Cobb, in 1952, told the Sporting News that he wholeheartedly supported integrating the major leagues. At Negro League games, Cobb had “thrown out the first ball and often [was] sitting in the dugout with the players,” Leerhsen writes.

When I read this remarkable corrective, I couldn’t help but think about other media memes.

An ongoing meme is the August 2014 Ferguson incident with “white police officer Darren Wilson” shooting “unarmed African-American teen Michael Brown.”  Never mind that Brown, who had just robbed a store, had been attacking Wilson, who was exonerated in the fatal shooting.

Another is the Left’s conflation of voter ID laws with “minority voter suppression,” absent any proof whatsoever and in the face of considerable evidence to the contrary.

A few years ago, the media wove a wildly misleading narrative about “violent” tea party rallies contrasted with idealistic Occupy Wall Street operations.  The tea party rallies were unfailingly peaceful, with participants picking up litter as they went. Occupy events were plagued by rioting, assaults, unsanitary conditions and even rapes.  The media meme of “bad” tea parties and “good” Occupiers was spun via the sin of omission – ignoring reality.

How about the “doctored” videos exposing Planned Parenthood executives discussing the sale of aborted baby body parts?  Knowing the media would reflexively defend the abortionists, undercover journalist David Daleiden released large chunks of unedited video that left no doubt as to what transpired.

The Republican “war on women” is an ongoing meme. How many times are we going to hear about Missouri Senate candidate Todd Akin’s “legitimate rape” phrase from 2012 with the context omitted so as to suggest the GOP harbors the view that some rapes are okay?

One might think the “legitimate rape” narrative is so absurd that people would see through it. But not when it’s repeated ad nauseum.

As Mr. Leerhsen notes, “What I didn’t understand before was the power of repetition to bend the truth.  In Ty Cobb’s case, the repetition has not only destroyed a man’s reputation, it has obliterated a real story that is more interesting than the myth.”