How Global Warming Will Lead to Prostitution 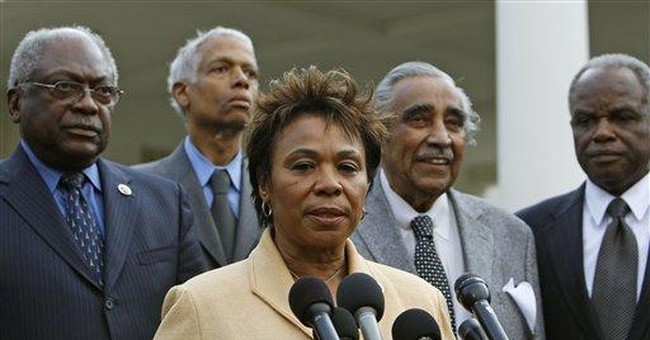 As much of New England continues to dig out from late winter’s massive snowstorms, the climate change lobby is doubling down.

When Boston was inundated with snow in January and February, they were quick to blame – what else—global warming? That’s still the favored explanation.

Beantown got nearly two more inches on March 20, the first day of spring, and has now recorded 110.3 inches, easily shattering the record. In the last 21 years, Boston has had four of its top five heaviest snow seasons, according to weather.com.

But before you suggest that this puts the kibosh on global warming theory, think again. The big snowfalls are the result of man-caused warmer ocean temperatures, we’re told, which allow more condensation and thus more moisture in the clouds to come down as snow.

Well, okay. I’m not an atmospheric scientist, but when snow is scarce, don’t they also blame global warming, since more precipitation comes down as rain than snow? This is called having it both ways.

To be fair, Kevin Trenberth, distinguished senior scientist at the National Center for Atmospheric Research and an advocate of man-caused global warming theory, does make an interesting case that Boston’s recent snow binge, like Washington, D.C.’s Snowmageddon in February 2010, is the result of “Goldilocks temperatures.”

That’s when you have a relatively warm ocean and moderately cold temperatures inland – perfect conditions for a big one. The good news for Bostonians is that Dr. Trenberth predicts that while global warming may produce more “extreme” precipitation and thus heavy snowfalls, it is also producing shorter winter seasons. So the Pennsylvania groundhog who predicted that we were in for a long winter might be wrong, which would be nice. It would be a shame to see Fenway Park or even Nationals Park buried under another foot of snow just before Opening Day.

Also in head-scratching climate news, California Democrat Rep. Barbara Lee on Wednesday introduced a congressional resolution (H. Res. 29) proclaiming that, “it is predicted that climate change will lead to increasing frequency and intensity of extreme weather conditions, precipitating the occurrence of natural disasters around the globe.”

Women around the world are going to bear the biggest burden from these disasters, the resolution says, and this will drive many more women and girls into prostitution – that’s “sex work” in liberalspeak.

The resolution warns that “food insecure women with limited socioeconomic resources may be vulnerable to situations such as sex work, transactional sex, and early marriage that put them at risk for HIV, STIs, unplanned pregnancy, and poor reproductive health.” If you think about this, you have to conclude that anyone cranking up a gas-powered lawnmower is callously driving poor women into “sex work.”

But there is a silver lining. Although women will be the prime victims, they have “a unique capacity and knowledge to promote and provide for adaptation to climate change.” That sounds like women can “evolve” to a higher life form than men to escape the worst of global warming. Which makes sense, since feminists have long argued the mutually contradictory positions that men and women are identical and interchangeable, except that women are far superior.

Here’s the policy takeaway: Since “women often have insufficient resources to undertake such adaptation,” the congressional resolution “encourages the President to integrate a gender approach in all policies and programs in the United States that are globally related to climate change.”

Now, that sounds a bit open-ended for an administration that is exerting new, unconstitutional powers almost daily, especially over at the Environmental Protection Agency. It could mean anything from hiring more women climate scientists to deputizing goon squads to stomp out men’s cigars.

Since she is admirably concerned about women being forced into prostitution, perhaps Ms. Lee might want to go across Capitol Hill and ask Senate Democratic leaders why they are stalling a bipartisan bill aimed at stopping sex trafficking. Minority Leader Harry Reid doesn’t like the bill because it contains a longtime provision that spares American taxpayers from having to pay for abortions. If I were running an opposition PR operation, I’d be pointing out that Mr. Reid seems willing to sell out trafficking victims in order to appease Moloch. That’s the ancient Canaanite god who demanded child sacrifices.

If there’s one thing liberals love to do even more than increase the size of government and raise taxes, it’s to make the world safe for more abortions. It’s an integral component of the global warming alarmists’ paradigm that people are a cancer on the planet, so the fewer of us who are around, the better.