When “Nobody” Wins the Culture War 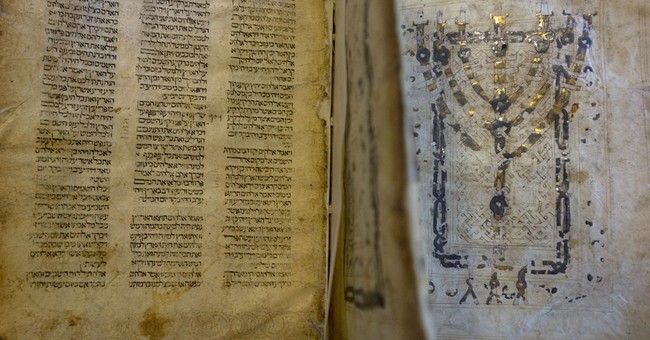 After decades of chipping away at America’s Christian heritage, the liberal enforcers of “equality” and “tolerance” are more open about the brave new future they envision: It’s their way or nobody’s way.

They have willing accomplices in Americans who fold at the slightest challenge.

Confronted with Muslim demands for equal status with Christian and Jewish holidays, the Montgomery County, Md. school board voted 7-1 on Nov. 11 to do away with acknowledging all religious-themed holidays.

Schoolchildren will get vacations at Christmas and Easter, and days off for Yom Kippur and Rosh Hashanah. But as with the evil Lord “he-who-must-not-be-named” Voldemort in the Harry Potter books, the holidays shall go unnamed on school calendars, replaced by Winter Break, Spring Break and days with “no school for students and teachers.”

Explaining the cultural cleansing, school board member Rebecca Smondrowski said, “It is about equity. I made the motion because if we are closing for operational reasons, then there should be no need to make reference to religion.”

So, even though Christmas is the reason for the December closing, everyone is now supposed to pretend that it’s merely for “operational” purposes. One hundred percent of staff and students coincidentally just happen to be absent during Christmas week.

The nonsense began because Montgomery County has a small but growing Muslim population, and activists pressured the schools to recognize Eid al-Adha, which this year fell on Oct. 4. The holiday comes at the end of the Hajj, the annual Muslim pilgrimage to Mecca.

Last year, Muslim leaders asked parents to keep their children home from school on Eid al-Adha to persuade officials to give it equal status with Christian and Jewish holidays. But absences increased only slightly from a comparable day the previous week.

Undeterred, Muslim leaders tried again, triggering the erasure of all religious holidays. Ironically, the leaders decried the outcome, saying they did not intend to scrub the school calendar of all religious references. “They have alienated other communities now, and we are no closer to equality,” said Saqib Ali, co-chair of the Equality for Eid Coalition. “It’s a pretty drastic step.”

Maybe not so drastic. Liberal, multicultural activists, often aided by the American Civil Liberties Union, have turned Christmas season into a cultural clash, railing against public nativity displays and even what they euphemistically call “holiday trees.” Some schools have not only banned Christmas carols in “Winter” concerts but even banished red and green napkins lest they evoke the “holiday-that-must-not-be-named.”

It’s all part of the one-sized, lockstep “tolerance” that destroys real diversity.

In Albany, New York, the state Division of Human Rights fined a Christian couple $13,000 this week for declining to host a lesbian ceremony at the farm where they hold weddings. As the wire story put it, “the state ruling left them with two options – to host everyone or nobody.” As with the Christian cupcake shop owners in Oregon who declined to bake a cake for a faux wedding, they chose nobody, and shut down the venue. In Ocean Grove, New Jersey, after refusing to allow a lesbian ceremony at the seaside pavilion where they hosted weddings, a Methodist group in 2007 lost the tax-exempt status for the pavilion. So they now host weddings for -- nobody.

In the “everyone or nobody” conflict, “nobody” usually wins—except the cultural cleansers.

At Pine Creek High School in Colorado Springs, Christian students who gathered during a free study period to pray and sing hymns were told in September that they were violating the chimerical “constitutional separation of church and state.” The students are fighting back with the help of the Alliance Defending Freedom, which notes in a lawsuit filed on Nov. 6 that the school says the students can talk about anything they want – except religion. Such “viewpoint discrimination” violates both freedom of speech and freedom of association, the suit says.

Sometimes, Christians themselves surrender the high ground of their own beliefs.

At the National Cathedral in Washington, D.C., the Episcopal Church announced that the historic edifice was to host its first Muslim service on Friday, Nov. 14. That’s right. The symbol of America’s Christian heritage in the nation’s capital, which earlier turned the nave into a yoga center, rang with homages to Allah.

Planners call it “a powerful symbolic gesture,” and hope it will inspire more religious tolerance around the world. You know, like those Coexist bumper stickers that imply all religions are equally intolerant and need to get, like, tolerant.

The Cathedral is, indeed, sending a powerful message – of weakness. Many Muslims will see it as akin to raising their flag over a conquered enemy. Ever since Mohammed launched jihad in the 7th Century, victorious Muslims have made a point of erecting mosques on the site of synagogues or churches, or converting grand church buildings into mosques, such as the Hagia Sophia in Constantinople (now Istanbul).

This is one reason many people were apoplectic when plans were announced for a mosque at Ground Zero in New York, the site of Muslim militants’ greatest victory over the Great Satan America.

In the brave new world of tolerance, only Christians and sometimes Jews are told to be silent, to celebrate sin, or even to host worship of what Christians and Jews for centuries have regarded as a false god.