Celebrating the Holiday that Dare Not Speak Its Name 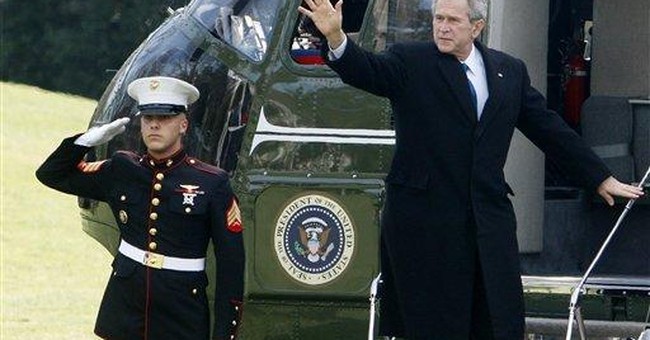 ’Twas the Night Before,
Near the end of the craze,
As shoppers bought for Christmas
Not “happy holidays.”

December 24 is that wonderful day of the year when all but the most stubborn holdouts drop the “happy holidays” charade and use the word Christmas, as in Christmas Eve.

Before then, the sound of “happy holidays” rang with the same frequency as cash registers, all for the holiday that dare not speak its name.

Resistance is growing to the secularization of Christmas, as evidenced by more advertisers inserting the word Christmas here and there. Liberty Counsel, a Christian legal advocacy group based in Lynchburg, Virginia, has a “Naughty & Nice List” that tracks whether retailers acknowledge Christmas or stick to the strictly secular. As of this week, the list had 62 “nice” retailers, contrasted with only 23 “naughty” ones. Several on the “nice” list, such as Costco, came over from the dark side after the American Family Association and other pro-family groups alerted their members. Macy’s, the home of Miracle on 34th Street, came around in 2006 after California civic activist Manny Zamorano targeted the chain with a national campaign to “save Merry Christmas.”

Other individuals, too, are challenging the imposition of secular, generic greetings.

A Panama City, Florida resort property employee was fired on Dec. 10 for refusing to answer the phone with “happy holidays.” An Air Force veteran and Christian, Tonia Thomas had asked her employer to let her say “Merry Christmas” or to use the firm’s standard greeting. The employer, whom we’ll call, oh, “Scrooge, Inc.,” showed her to the door. Merry Christmas.

Thomas is not alone in her aversion to the nauseatingly ubiquitous “happy holidays.” The phrase has morphed from cheerful inclusiveness into a symbol of enforced secularism, dishonesty and fear. Yes, fear of offending anyone, at any time, for any reason. It’s one of the sacraments of the perversely misdirected American civic religion of Tolerance.

Even with the growing list of Christmas-citing retailers, the vast majority of advertisers still use the politically correct “happy holidays.” An observer from Mars might be forgiven for not guessing that 90 percent of Americans, regardless of their religion or lack of it, celebrate Christmas.

Christmas shopping traditionally accounts for between 25 and 40 percent of retail sales, and a lion’s share of annual profits. The day after Thanksgiving marks the beginning of the Christmas shopping season. It’s called Black Friday because it’s when many firms finally get into the black. You’d think that retailers might be just a bit more gracious about naming the holiday that’s putting the tinsel on their trees and the coins in their larder.

The whole idea of gift giving at Christmas comes from acknowledging that God gave His Son as a gift to all people, and expects us to treat each other accordingly. Retailers who refuse to call it Christmas but still want Christmas dollars are betting that Americans will continue to give extravagantly, forever, without the deeper reason. They think that they can remove the heart without harming the patient.

That might work if there’s a spare heart around, but not if the replacement is a lump of coal. How long will Americans give so freely, unmotivated by acknowledging the Greatest Gift of All?

When radio and TV commercials began November pitches with “during the holidays” and ended with “happy holidays,” it sort of made sense. The “holiday season” is Thanksgiving to New Year’s and everything in between, including Hanukkah, and the Reason for the Season on December 25. African-Americans celebrate the recent, secular addition of Kwanzaa, beginning Dec. 26, but they don’t confuse it with Christmas.

The Grinch himself must have smiled when some advertisers began using the singular opener, “This holiday” to push their wares. Everybody knows which “holiday” it is, especially retailers, who pray that people will buy with mad abandon and pull us out of this recession.

In the Chronicles of Narnia series, C.S. Lewis wrote of “the deeper magic” of belief in Christ that transcends the mythic magic of life all around us. The thin gruel of “happy holidays” may not be magical enough to inspire the kind of giving to each other that America will need to get through the current crisis.

Perhaps it’s time to call on the deeper magic: Merry Christmas to one and all!