Stopping Iran: Where are the Wise Diplomats? 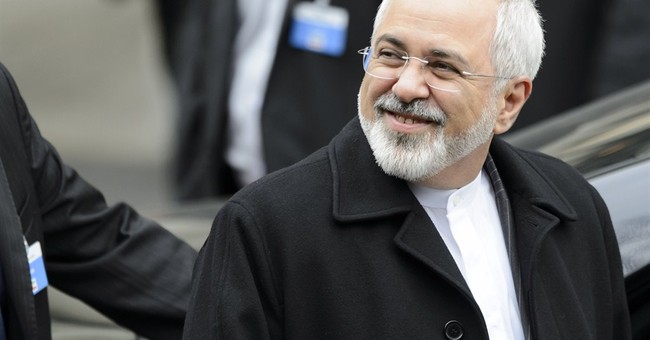 Where are the wise diplomats? Day upon day, the Secretary of State, President and those who stand in firm opposition to current US diplomacy with Iran, make their pleas to the public. The gist of the pleas by the Secretary and sitting President boil down to: “We can get a deal,” although “gaps remain.” The rejoinder is: “A bad deal is worse than no deal.” Within this frame, the arguments go back and forth. Missing is wisdom, hard-headed, history-anchored, sage and solemn wisdom.

In essence, one side thinks any deal that retards or slows the break-neck pace of Iran’s ambition to obtain a nuclear weapon is worth inking. The other thinks that approach is wrong-headed from the start, but that the right approach is to ramp up economic sanctions and default to force to stop Iran’s development of a nuclear weapon. Neither of these approaches seems destined to assure a permanent end to Iran’s misplaced desire for a nuclear weapon.

And there is the beginning of wisdom. The word “misplaced.” Never mind that a bad deal would tacitly permit – even encourage – Iran to press onward in pursuit of a nuclear weapon, and then a delivery system. Never mind that resort to even an effective kinetic response would open a major new battlefront with a well- armed adversary, trigger the activation of Hezbollah terrorism worldwide, and alienate the very young Iranian population (which is ironically more pro-West than pro-theocratic dictatorship).

Never mind that Iran would likely tighten ties – in either event – with Putin’s anti-Western Russia, and likely accelerate nuclear research with Russian encouragement. Never mind that Russia may use any deal or confrontation as a basis for selling heavy lift missile delivery systems to Iran, especially if the US stops buying those systems. Never mind that Iran is presently – and rather ironically – the leading edge in the Iraqi battle to turn the tide on Islamic State terror there, and in Syria. Never mind that neither a deal to “slow down” development of a nuclear weapon, nor an all-on confrontation, would deter others in the region from seeking nuclear weapons once Iran got one.

Go back to the word “misplaced.” Iran actually has a “misplaced” desire for a nuclear weapon. Protests aside, that is their desire – but it is destined to be a pyrrhic victory, inevitably a hollow, useless, senseless victory. American diplomats – and European ones for that matter – seem to miss the forest for the trees, too. What American diplomats should be doing is not bickering over terms for continued or verifiably limited nuclear weapons development. Nor should they be following Congress into a full-on battle. Wise diplomacy looks different.

Wise diplomacy would take a more effective tack. First, in an old world, highly persuasive, methodical and relationship-based way, American diplomats should be laying out what they really know – and what the Iranians likely also know, if they will ponder facts – about the other states in the Middle East. For example, a number of other countries are also within reach or could be within reach of a nuclear weapon. These states would surely seek one with a vengeance once Iran got one, or was even suspected of having one. They would – based on ties to other nuclear states – likely acquire such a weapon with speed. Once Shiite Iran has such a weapon, expect a Sunni state to quickly discover one. The Middle East, at that point, is wired with a nuclear tripwire – but only if Iran gets the bomb. At present, for all the sectarian conflict and regional terrorism, the on-going battle is purely conventional – and in a strange way, thus more stable.

At the point where Iran gets the bomb, or is suspected of having it, and Sunni states acquire nuclear counterforce, all bets are off. Nuclear blackmail or threats by Iran would be of no practical use. Why? Because – in a nuclear tinderbox – the outcome would either be an exchange of nuclear weapons or the inability to coerce other states. In effect, the chances of a real and catastrophic nuclear war across the region – beyond the region – would go from zero to incalculable, while the ability to effect political change with weapons of any kind would go to zero. While seeking a weapon to coerce others, Iran would lose the coercive power it presently possesses in a conventional world.

Under these circumstances, Iran should be candidly asked to think about the consequences of fulfilling its dream – what would a bomb really buy it? Nothing. Heightened instability, lack of influence across the region with conventional weapons, a sudden escalation of odds that Iran would be destroyed in a regional nuclear exchange, no relief from sanctions, and global condemnation.

By contrast, what would foreswearing nuclear weapons, stopping all bomb research and the nuclear weapons program buy it? A non-nuclear Middle East for now, complete relief from sanctions, the ability to continue using conventional weapons, and preservation of rough order. Which of those two options – intuitively – would a wise Iranian diplomat choose, if carefully presented with the facts?

There is a second tool that wise American diplomats should use. Advanced data analytics and predictive analysis. What? Share these ideas with the Iranians in a negotiating session? Yes, to a degree – with deliberation and candor, yes. Here is how and why. We can show – and they can see the assumptions, factual predicates, risks and full trajectory of events – that if they do achieve, or are perceived to have achieved, a nuclear bomb, never mind a delivery system, the level of regional fear, crisis responses, scrambling for nuclear counterforce, defensive and offensive reactions, and instability across the region –perhaps even globally – would become overwhelming.

Run the scenarios. Run the software that projects events, origins, timetables, likelihoods, and then ask them if any of those eventualities are worth getting the bomb. Ten bets to one, they all end badly, badly for the region and yes, badly for Iran. If the future is inherently uncertain, predictive analytics should be highly persuasive in describing the likely endgames. The boomerang effect of an Iranian bomb would be – or should be – highly persuasive. That is, after all, why other aspiring nuclear aspirants have historically given up the aspiration; it is ultimately more self-defeating than redemptive.

Argument No. 2 is this: Beyond spurring a nuclear Middle East, and the diminished power Iran would have in such a nuclear neighborhood, the added chances of self-destruction become multiples higher; data analytics may even show the rough timeline for a nuclear conflict to occur, once Iran has the bomb. The putative advantages disappear, and the negative effects go sky high, mathematically exponential if not vertical.

So let us stop murmuring about this and that bad solution, and revert to an old idea: Wise and thoughtful, intelligent and candid diplomacy. Hide and seek is a child’s game; nuclear hide and seek is reckless. Instead, let us take a page from the past – from effective negotiators like George C. Marshall, Theodore Roosevelt, and Ronald Reagan – and protect the future. Let us pursue the sort of diplomacy that amounts to cogent and persuasive presentation of incontrovertible facts, existential consequences and recognition by Iran that the bomb is the last thing that they should want.

That sort of hard-headed persuasion, frank dialogue, real interfaces during the tenure of Colin Powell as Secretary of State, produced a complete dismantling and disavowing of nuclear ambitions by at least one Middle Eastern country, with results that the Middle East did not go nuclear, sanctions on that country got lifted, and the battle-space remained conventional and diplomatic, not nuclear-tipped.

We need that kind of leadership today. We need wise diplomats, wise members of Congress, not the hurly-burly of politics or the crazy notion that a real answer is beyond us. It is not beyond us. We should not be content with the bad choice between a bad agreement and a bad kinetic reaction if there is no agreement. Where, I wonder again, are the wise men that once took such issues seriously, and gave us the peace from which we negotiate today? That wisdom, circumspection and straight talk, direct appeals to enlightened self-interest and clear-headed presentation of facts, is needed now.