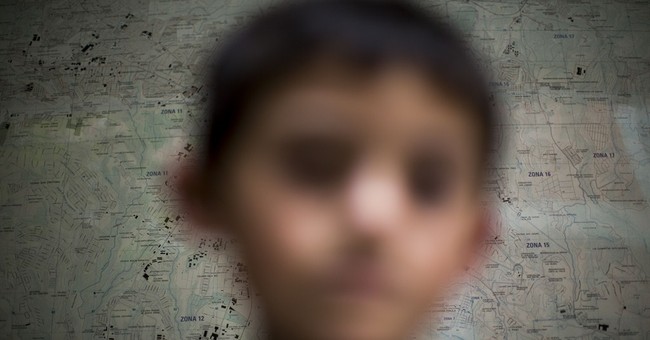 Gentlemen,” Herbert Hoover told visiting dignitaries in June of 1930, “you have come six weeks too late.” The Depression, he declared, was over. Sadly, for him and for the country, he wasn’t correct.

Still, sometimes you do arrive too late and miss all the action. Take the group of immigration reform activists who crashed Rep. Eric Cantor’s “victory” party in June. “What do we want? Immigration reform! When do we want it? Now!” they chanted. Two problems: Cantor had, like Elvis, already left the building. And because of the primary results, the former House Majority Leader will be leaving Congress in January.

Even if Cantor had prevailed at the ballot box, this would have been an odd protest. His defeat was, at least partly, because he was working to push through a “comprehensive” immigration reform measure.

Cantor spoke about immigration last year, in the midst of a long speech at the American Enterprise Institute. He touched on many excellent ideas over the course of that speech: Education reform that favors students rather than teacher unions. Reducing regulations to make new, better medicines available more quickly. Simplifying the tax code.

But he also addressed immigration.

“A good place to start is with the kids,” he announced. “It is time to provide an opportunity for legal residence and citizenship for those who were brought to this country as children and who know no other home.”

Well, that sounds an awful lot like the DREAM Act, which has been introduced some 30 times in several Congresses but never approved. President Obama, vastly overstepping his constitutional bounds, basically enacted such a policy via executive fiat in 2012. He ordered the Department of Homeland Security to defer deportation proceedings against an estimated 1.7 million illegal aliens.

The President himself had admitted that he doesn’t have the constitutional authority to implement the DREAM Act: “The idea of doing things on my own is very tempting, I promise you, not just on immigration reform. But that’s not how our system works. That’s not how our democracy functions,” he told Hispanic activists in 2011. But 2012 was an election year, and the move generated some good PR.

The problem with this approach is that it’s starting at the wrong end.

Dealing with children who’ve been brought here illegally is always going to be one of our country’s most difficult problems. So instead of getting bogged down on that while trying to pass “comprehensive” reform, lawmakers should start where there’s wide agreement: close the borders. Crack down on people working illegally. Force illegals to “tag up” in their home country before they can return here.

After these less controversial problems are solved, lawmakers could then turn to the more difficult problems, such as what to do with “the kids.”

Instead, we’re dealing with the fallout of Obama’s unilateral actions.

“Between 2008 and 2011, the number of children landing in the custody of Refugee Resettlement fluctuated between 6,000 and 7,500 per year” FOX reports. “In 2012 border agents apprehended 13,625 unaccompanied children and that number surged even more -- to 24,668 -- last year.” AsThe Economist reports, “A leaked border-agency memo based on interviews with 230 women and children apprehended in the Rio Grande Valley concluded that they had crossed the border mainly because they expected to be allowed to stay.” So we’re making the most contentious problem worse, instead of solving the problems we generally agree about.

Now the president is again vowing action. “The only thing I can't do is stand by and do nothing,” he says. So he’s asking Congress (what a concept!) for more money for detention facilities and more judges to speed the processing of those who’ve been caught here. It’s a start.

The United States is a nation of immigrants. We have always welcomed the rest of the world, and we will continue to do so. But it must be done on our terms, and to our benefit. That’s where immigration reform needs to start.

Taking reasonable steps that enjoy overwhelming approval would be far easier than trying to enact comprehensive reform. Lawmakers could the border under control. But they have to stop making the perfect (comprehensive reform) the enemy of the good.