Big, But a Failure 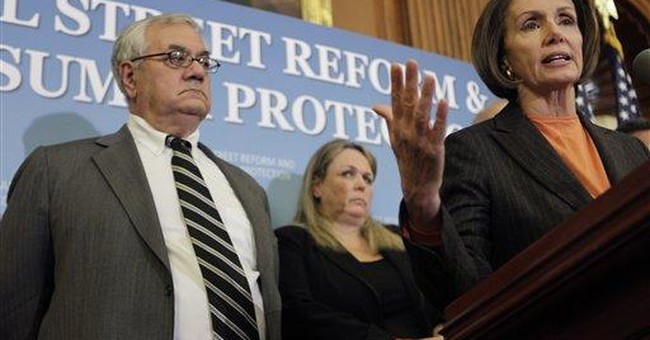 As the economy spun out of control in the fall of 2008, many Americans wondered what was going on. In fact, they probably still do wonder exactly what happened.

The truth may be out there, but readers shouldn’t hope to find it by reading “Too Big To Fail,” a massive tome from reporter Andrew Ross Sorkin of The New York Times. He promises an insider account of the economic meltdown, but actually delivers a gossipy report that misses the point.

Sorkin focuses on the mundane and overwrites his supposed revelations. In his first paragraph, he reports Jamie Dimon, chairman of JP Morgan Chase, “was recovering from a slight hangover, but his head really hurt for a different reason: He knew too much.”

Across the next 550 pages we’ll learn too much about Dimon (he looks good in a tight tee shirt and jeans) and his fellow CEOs (many like to work out and dine out) but not enough about what caused the economic catastrophe.

That’s because Sorkin packs his book with “from the top” reports about what various CEOs were thinking, feeling and eating in September of 2008. For example, we learn that Dimon liked the tacos at the JP Morgan cafeteria. “Though the food may not have been as good as what the Fed offered downtown, it was better than Dimon had remembered.”

But the book never makes it clear why the 99.99 percent of us who weren’t Wall Street wheeler-dealers should have bailed out those who had skin in this particular game. Sorkin casts the meltdown as a failure of the market. And, in the eyes of the well-compensated CEOs who spoke with him, it was.

But in reality the market spoke, even though a handful of well-connected people didn’t want to listen to it.

The problems began when Bear Stearns failed in March of 2008. Other major bank holding companies, including Lehman Brothers, Morgan Stanley and Goldman Sachs, would manage to hold on for a few more months, but their business model had clearly failed as well.

The leaders of these companies -- blinded by their multi-million dollar paychecks, their Connecticut mansions, their helicopter commutes into Manhattan -- didn’t care to admit that their world was changing. They had an ally in Washington. Treasury Secretary Henry Paulson had run Goldman, one of the largest and most influential investment banks. He, also, couldn’t imagine a world without these big banks, and was willing to pump hundreds of billions into them to keep them alive.

But, although the federal bailout was big, it was bound to fail. And it did.

Near the end of his book, Sorkin writes, “Goldman Sachs and Morgan Stanley would become bank holding companies. It was a watershed event: The two biggest investment banks in the nation had essentially declared their business model dead to save themselves.”

“It is, by any account, a tragedy that Lehman was not saved,” Sorkin writes in his epilogue. “Not because the firm deserved saving but because of the damage its failure ultimately wreaked on the market and the world economy.” Well, the real shame is that so much effort and tax money was spent trying to keep a failing business model alive.

After all that expense, the banking system survives; it’s just an investment banking model, which generated hundreds of millions of dollars for a select handful of people in the ’90s and ’00s, that’s gone away.

Politicians, as is their wont, have drawn the wrong lesson. They claim the economy was “under-regulated.” But if more regulation means giving more power to economic geniuses in Washington, we’d be better off taking our chances with a completely unregulated economy.

The government doesn’t learn from its mistakes, because it’s playing with our money -- or money it’s borrowing in our name. So the Obama administration is making the same mistakes as the Bush administration did -- it’s just propping up a different industry.

Instead of “saving” Wall Street investment banks, Obama aims to “save” GM and Chrysler. In this case, it was shareholders who lost out when Washington engineered an unprecedented bankruptcy procedure. Meanwhile the big unions, longtime supporters of Obama’s party, were given a stake in the new companies and didn’t even have to take pay or benefit cuts. A good deal, as long as the federal bailout money lasts.

But just as there’s no longer an investment bank called Lehman Brothers, there will, eventually, no longer be an automaker named General Motors. At least, not one that looks like the behemoth built up after World War II. That model is dead.

Sorkin’s book is big, but like a staggering Wall Street firm, its sheer size doesn’t keep it from failing. Use it as a doorstop, but don’t look for much insight here.