Equal Justice for Some? 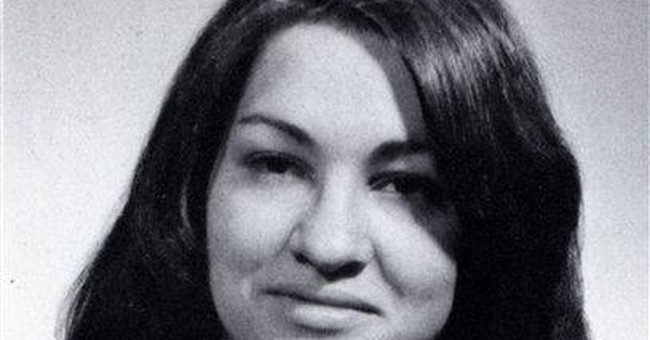 This could take some time, what with the pro forma hearings and all. But President Barack Obama’s nomination of Sonia Sotomayor to the Supreme Court seems doomed to failure. And it’ll be Obama’s fellow Democrats in the Senate who’ll end up voting against her.

How can we know? They’ve told us so.

Let’s backtrack a bit. Senators love to talk. Normally that’s little more than an annoyance -- background noise on C-SPAN. But in this case it gives us a valuable record to examine. Just three years ago the Senate was called upon to approve President George W. Bush’s nomination of Samuel Alito to the high court. And a steady stream of Democrats rose to explain why the nominee was unacceptable.

Oh, this wasn’t partisan, they insisted. They’d be pleased to vote for a qualified nominee who’d help knit the country together. But Alito just wasn’t that person.

But let’s take a look at Sotomayor through the lens these elected officials held up just three years ago. Back then, Democrats on the Judiciary Committee were especially concerned with some papers from Alito’s days at Princeton in the 1970s. “I think we are entitled to this information. It deals with the fundamental issues of equality and discrimination,” declared Sen. Ted Kennedy in a futile attempt to have the hearings postponed.

In the event, the papers in question -- dealing with a group called Concerned Alumni of Princeton -- didn’t mention Alito at all. But if Kennedy remains interested in matters of “equality and discrimination,” he might want to consider a speech Sotomayor gave in 2001.

“I would hope that a wise Latina woman with the richness of her experiences would more often than not reach a better conclusion than a white male who hasn’t lived that life,” she said back then. Oh? She seems to be saying a person’s ethnicity or gender (or both) would make that person better able to read the law than a person of a different ethnicity or gender. That’s a nakedly discriminatory statement.

“The Supreme Court is the guardian of our most cherished rights and freedoms. They are symbolized in the four eloquent words inscribed above the entrance to the Supreme Court: ‘Equal Justice Under Law,’” Sen. Kennedy later added. “Will the nominee be fair and open-minded, or will his judgment be tainted by rigid ideology? Is he genuinely committed to the principle of equal justice under law?” It’s difficult to read Sotomayer’s comments and believe she’s dedicated to “equal justice under law.” Guess Kennedy will be voting no.

“I wish the President was in a position to do more than claim a partisan victory,” lamented Sen. Charles Schumer of New York back then. “The Union would be better and stronger and more unified if we were confirming a different nominee, a nominee who could have united us more than divided us.” In fact, because of the pick, “millions of Americans will be at risk of losing their day in court when they suffer the yoke of discrimination.”

He’s a dyslexic white firefighter from New Haven, Conn. who spent his own time and money studying for an exam that was supposed to determine who would be promoted. He passed the test, along with 18 other white firefighters and one Hispanic. But, since no blacks passed, the city decided to throw the test results out.

Ricci sued, claiming this violated his right to equal treatment under the law, the very thing so many senators claim to be interested in protecting. Sotomayor was part of a three-judge panel that ruled against Ricci. The panel issued a terse decision that another appellate judge, Jose Cabranes, complained about, saying it contained “no reference whatsoever to the constitutional issues at the core of this case.” The Supreme Court is now considering the case.

In fact, there might be only one Democratic senator who approves Sotomayor.

“I can’t believe the President searched the country and was unable to find a qualified female nominee,” Sen. Harry Reid of Nevada said in 2006. And, “for the third time, this president has turned down the opportunity to make history by nominating the first Hispanic to the Court. How much longer must Hispanics across America wait before they see someone on the nation’s highest court who shares their ethnic heritage and their shared experiences?”

Well, Obama’s pick certainly has the “right” gender and ethnicity. Sen. Reid has made it clear that those attributes are more important to him than mere legal qualifications. He’ll certainly be a “yes” vote.

Let’s see how many other members of his caucus agree. Because if they stick to their principles -- outlined at length just three years ago -- Sotomayor doesn’t seem to stand a chance of confirmation.