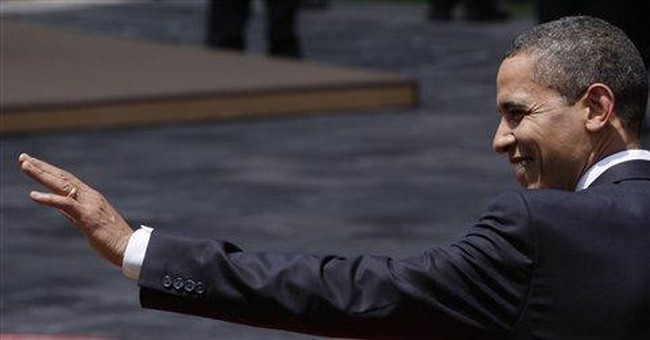 Our federal government is almost recession-proof. Unfortunately. While private companies across the country are letting workers go, Uncle Sam -- fueled by February’s massive “stimulus” bill -- plans to add tens of thousands of employees. Once retained, these bureaucrats will remain on the public payroll for decades, long after the current economic difficulties are over and forgotten.

That brings to mind another growth industry in the nation’s capital: lobbying.

On the campaign trail last year, candidate Barack Obama declared that lobbyists “won’t find a job in my White House.” And one of his first acts as president was to sign an executive order that would supposedly crack down on lobbying. Government service is “not about advancing yourself or your corporate clients,” he told his staff in January.

Then he nominated William Lynn, a lobbyist for Raytheon, to be Deputy Secretary of Defense.

For example, researchers at the University of Kansas studied a one-time tax break approved in 2004 that allowed companies to bring home profits earned overseas at a reduced tax rate. More than 800 companies acted, earning themselves some $100 billion. The study shows this was a 22,000 percent return on investment, since companies earned $220 for every dollar they spent lobbying for the tax change.

Lobbying is already a $3 billion per year business. And “corporations are pouring more and more money into lobbying every year,” Craig Holman, a lobbyist for Public Citizen, told The Washington Post. “Clearly, they understand it has a very good rate of return.” And that goes for people, too.

White House Chief of Staff Rahm Emanuel, for example, is a multi-millionaire. How’d he earn his fortune? After he “served as a Clinton senior adviser,” CNN’s Alina Cho reported recently, Emanuel left the government “to work in finance, made more than $16 million in two-and-a-half years, and is now back at the White House with assets totaling between $4 million and $11 million.” Good work if you can get it.

Fellow Clinton aides George Stephanopoulos and Dee Dee Myers also cashed in, going from five-figure White House salaries to “make much more in the private sector,” Cho reported. Then there’s the Clintons themselves, rising from Arkansas obscurity (the couple’s 1990 gross income was $268,646) to unparalleled post-presidential wealth ($109.2 million of income from 2000-2007).

This is no big deal, sniffs David Gergen, himself a former White House staffer. “Money often flows to talented people in our society, and rather than being surprised by it or knocking it, I think we should celebrate when a president has the, I think, is smart enough to bring people along with him who’ve had some success in life,” he said on CNN.

But that ignores the point: What are these people being paid for? Money isn’t “flowing” to them -- companies are buying the privileged access their government experience brings. And as the government becomes more involved in every aspect of our lives, there’ll be ever more lobbying.

Consider Microsoft, the high-tech company that once focused only on making piles of money and creating untold numbers of jobs. Then, in the 1990s, the government sued it for anti-trust violations.

“There are good reasons for believing that Microsoft and Gates have been under legal attack simply because they have not been playing an old, well-worn political game expertly played by other major American firms,” writes economist Richard McKenzie in Trust on Trial. “That of coughing up contributions for a host of political campaigns.”

Before the government sued, Microsoft “was spending meager amounts maintaining an inconsequential lobbying office in the nation’s capital,” McKenzie writes. Sadly, it learned to pay the piper and now has a substantial lobbying operation. “Why? A convincing argument can be made that Microsoft is now trying to buy off the political muggers,” he writes. Sad, but true.

Here’s the point: We’re very much aware of the big money some private executives earn.

“Americans have expressed outrage as CEOs and other executives responsible for the financial crisis have pocketed millions of dollars from bonuses and golden parachutes,” the AFL-CIO writes on its Web site. The labor union has even assembled a Web site to track executive pay.

But so are lobbyists. And at least corporate executives create jobs and wealth. Lobbyists just convince government to spend money here, not there. Or maybe both here and there. In any event, they’re just spending our tax money, not creating anything valuable in the process.

The way to clean up lobbying would be to return to a limited government, one that wasn’t using the tax code to determine social policy, wasn’t considering telling Americans where to live or what to eat or drive. Sadly, it doesn’t seem that’s the reform Obama has in mind.