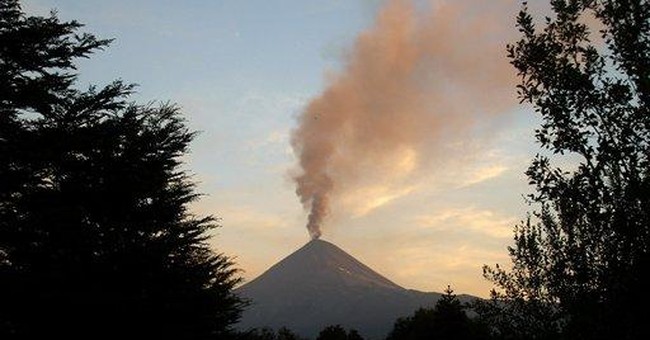 It must be genetic.

Humans worry. We worry about big things (will I lose my job this year?) and little things (did I remember to tip the barista?). But we always worry.

That made sense in the early days of the human race. Throughout time, the overwhelming majority of people have lived on the edge of death. Hunger was constant, nature was deadly. For every fat, coddled Henry VIII, millions of peasants were working all day to scratch out enough to eat and remain in their rickety home.

But in the United States in recent years, things have been, dare we say it, pretty good.

We’re generally well fed (even the poor are often overweight; it’s multi-millionaire movie stars who are starving themselves, voluntarily) and enjoy dependable shelter (even with last year’s rash of foreclosures). Nature’s not much of a problem -- there are no wolves at the door in 2009. So we’ve found other things to worry about.

The end of the world, for example.

Authors Tim LaHaye and Jerry Jenkins have made a nice living with their “Left Behind” series of books. Their Web site warns of:

Then adds, “And that’s just the beginning . . . of the end of the world. It’s happening now.” Maybe. Worry about that if you wish.

What you’ll never have to worry about is these writers winning a Nobel Prize. No, those are reserved for more secular doom-mongers. The green extremists have adopted the same apocalyptic language, without the religious undertones. In their telling it’s mankind, not some all-powerful deity, that’s set to destroy the planet.

There’s no claim too large. In fact, the bigger the better. Al Gore says, “Ocean levels will rise by 20 feet.” Instead of scoffing at him, experts say, “You should write a book and make a movie!” Then they give him a peace prize.

Meanwhile, some scientists have been looking at what we used to call facts.

A team at Colorado University’s Institute of Arctic and Alpine Research studied the possibility of massive increases in sea level, and concluded anything more than a six-foot increase was probably impossible.

“Physical considerations show that some of the very large predictions of sea level rise are unlikely because there is simply no way to move the ice or the water into the ocean that fast,” Tad Pfeffer, an author of the study, told the Boulder Daily Camera last September. “This is a bit of a reality check.” Indeed.

Gore also claims that human activities will increase global temperatures by 11 degrees this century unless we “do something.” Well, if humans are going to warm things up, we’d better get going; there’s been no global temperature increase in the last eight years, and the thermometer has even dropped slightly since 1998. That’s when nature -- not humans -- increased the temperature with an El Nino weather pattern.

Whether they’re right or wrong about the impending end of time, fans of the Left Behind books at least have some cause for their concerns. “The image of a fearsome Jesus who will turn the tables on the unbelieving earthly authorities corresponds to a widespread sense among many conservative Christians that their values are under assault in a culture war with the secular society around them,” wrote reviewer David Kirkpatrick in The New York Times in 2004.

Does the secular left have any excuse for its “the end is near” rhetoric?

Of course, it probably doesn’t matter now, since our supposed climate problems are about to end. “I am absolutely certain that generations from now,” candidate Barack Obama announced last June, that our country will be able to look back and declare that his nomination marked “the moment when the rise of the oceans began to slow and our planet began to heal.”

January 20 cannot come a moment too soon, apparently. The only problem is: After Obama’s swearing-in, whatever will we worry about?