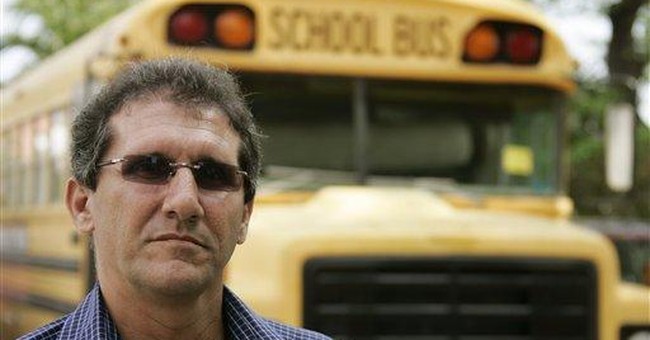 A president never knows when he’ll face a crisis, or whether he’ll be able to turn that crisis into an opportunity.

In August 1981, for example, almost 13,000 air traffic controllers walked off the job. President Reagan warned them that they were breaking the law. He gave them 48 hours to return to work or else he’d fire them. They didn’t, and he did.

Before 1981, there were an average of 300 strikes a year. Strikers held all the power; they were seldom replaced by their employer. By firing the air traffic controllers, the president changed the dynamic. “Any kind of worker, it seemed, was vulnerable to replacement if they went out on strike, and the psychological impact of that, I think, was huge,” explains Joseph McCartin, a historian working on a book about the strike. That’s why strikes are rare these days, with fewer than 30 per year on average.

As he takes office, President-elect Barack Obama will have a chance to act boldly, and change things for the better as Reagan once did. Obama would be smart to propose that Congress end the civil service system.

Civil service -- the idea that non-political federal jobs will be protected from one administration to the next -- certainly made sense 130 years ago. Back then most government jobs went to political friends of the president, and that led to confusion every time there was a change of administration. Such wholesale changes made the government even less efficient than it should have been, as a slew of new people learned on the job.

There was also plenty of corruption (in the Grant administration, especially) and violence (President Garfield was assassinated by a man who thought he deserved a government job).

But these aren’t really concerns today. While some worry that Obama may be attacked, few think it’s likely to be because of who he appoints (or doesn’t appoint) to be Deputy Assistant Undersecretary of Housing and Urban Development.

And political supporters certainly aren’t lining up in 2008 to become GS-13 level employees at the Department of Transportation. “In a federal civil service of 3 million, there are fewer than 15,000 patronage posts of any consequence,” reports Answers.com. Instead political supporters are going where the money is: the private sector.

“Top lobbying firms are gearing up to handle increased demand from corporate clients who fear that the Obama administration will expand its regulatory reach and target them for tax increases,” wrote Matthew Mosk in Nov. 14 issue of The Washington Post. “And who is cashing in on this boom? Democrats who supported Obama.”

K Street is where the real money is. That’s why so many people who leave government “service” to supposedly “spend more time with their families” end up working there for big lobbying firms.

And Obama supporters are most likely to benefit. “In this climate, Democratic backgrounds are attractive to people,” Laura Sheehan, a Democrat and vice president of marketing and communications for the American Gas Association, told the Post. “This town, that’s what it runs on.” Just so -- money, and not on political patronage anymore.

Washington, D.C., is considered “recession proof” because so many civil servants can’t be fired except in extraordinary circumstances. But in the years ahead, our country is going to face just such circumstances. The looming entitlement crisis will have to be paid for, as will the hundreds of billions of dollars the government is currently borrowing to bail out everyone from investment banks to automakers.

These days other businesses are slashing jobs. Why shouldn’t the government be able to do so when it finds itself overstaffed and over budget?

“Barack Obama campaigned on change. Well, change is good for the lobbying business,” former Reagan aide Ed Rodgers told the Post. It also would be good for the governing business. Obama would do himself and his successors a favor by striking now to reform our civil service system. It’s an opportunity that could help prevent a future crisis.