Cheated Out of Real Change 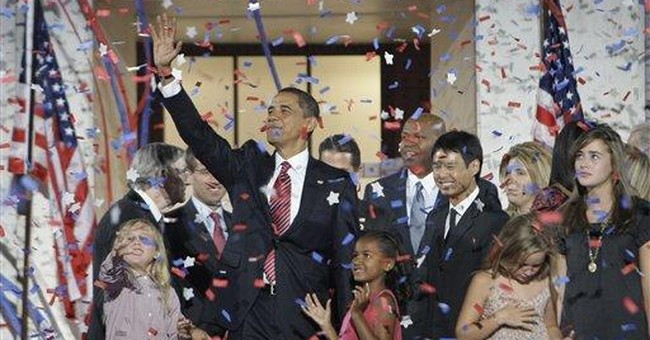 Back in the mid-1980s, the marketing geniuses at Coca-Cola decided the country was ready for a change. They rolled out “New Coke,” with a different flavor, and yanked old Coke off the shelves.

But reality intervened. Americans weren’t ready to change their soda. Sales of New Coke were abysmal, and Coca-Cola had to scramble to bring back “Classic Coke.” Today New Coke is a memory, while Classic Coke continues to generate massive profits worldwide.

Today’s Democratic Party has the exact opposite problem. Coca-Cola wanted to change, and the people didn’t. Now, the country wants change. But as this week’s Democratic National Convention shows, the party cannot deliver.

According to the RealClearPolitics.com poll average, only 30 percent of Americans approve of the job President Bush is doing. Things are even worse for Congress. RCP finds that just 17 percent approve of the job lawmakers are doing, while 74 percent disapprove. We want change, indeed.

During the primaries, Barack Obama seemed to understand the drive for change. And in many ways, he himself was a change. “I mean, you got the first mainstream African-American who is articulate and bright and clean and a nice-looking guy,” Sen. Joe Biden -- Obama’s eventual running mate -- pointed out in 2007. “I mean, that’s a storybook, man.”

But this week, that storybook turned out to one we’d read time and time again.

Obama’s coronation week certainly purported to be about change. “The 2008 Convention: Americans Gathering To Change The Course Of A Nation,” the convention Web site declared. Instead, though, the whole thing looked distressingly familiar.

Monday featured speeches by Nancy Keenan, president of the pro-abortion group NARAL-Pro-Choice America, Reg Weaver and Randi Weingarten, heads of major teachers’ unions, and tributes to Sen. Ted Kennedy (an official presidential candidate in 1980, an unofficial one in countless other years from 1972 on) and former President Jimmy Carter. It was a rogue’s gallery of failed ideas and the people who represented them.

Tuesday was a bit better.

Former Virginia Gov. Mark Warner, a man likely to win a Senate seat this fall, gave the convention’s keynote address. That was a change, but one in the wrong direction for most of the partisan liberals in attendance. Warner, after all, governed as a fiscal conservative when he served as Virginia’s governor. He brags on his fiscal acumen and even trimmed the size of the state’s bureaucracy. If he wins in the fall it’ll be because he’s far to the right of the average Democrat. He’s hardly the change convention-goers are seeking.

Luckily it was also Hillary Clinton’s night in the spotlight. The former First Lady and failed presidential candidate took the stage to call for change -- it was her sad duty to ask her supporters to change their minds, and support Obama in the fall. We’ll see if that happens or not.

Joe Biden took the stage to accept the vice presidential nomination. He was elected to the Senate in 1972 (when he was only 29 -- he turned 30 before being sworn in) and has served there since. That means his Senate career is longer than any previous vice presidential nominee’s. Again, a change of sorts, but not exactly what Americans were looking for.

Then Elvis returned to the building.

Bill Clinton, the man who drew derisive laughter with his “Spinal Tap”-inspired walk into the 2000 convention, lit up the room once again with his classic brand of “it’s all about me.”

By the time Obama took the stage on Thursday, it was clear he didn’t stand for change at all. He explained that the Republican philosophy is that if you’re born into poverty you should “Pull yourself up by your own bootstraps, even if you don’t have boots.” It’s a line that could have been recycled from FDR in 1932 when, perhaps, it had relevance. Are bootless Americans really a problem in 2008?

Regarding the War in Iraq, Obama said “Senator McCain was turning his sights to Iraq just days after 9/11. I stood up and opposed this war, knowing that it would distract us from the real threats that we face. When John McCain said we could just muddle through in Afghanistan, I argued for more resources and more troops to finish the fight against the terrorists who actually attacked us on 9/11, and made clear that we must take out Osama bin Laden and his lieutenants if we have them in our sights.”

That’s exactly the same message John Kerry ran on in 2004. Sadly, while a lot has changed in Iraq these last four years (think of the Surge, which Obama opposed and said wouldn’t work), the left’s position seems exactly the same.

Next week it’ll be the Republicans turn to celebrate and nominate. John McCain’s party is sure to inspire many to think, “The more things change, the more they stay the same.” That’s the sad message coming out of Denver and Minneapolis, as the fall presidential race officially begins.