Rich Lowry  |  Jul 28, 2008
The opinions expressed by columnists are their own and do not necessarily represent the views of Townhall.com.
Top Columns
Trending on Townhall Media 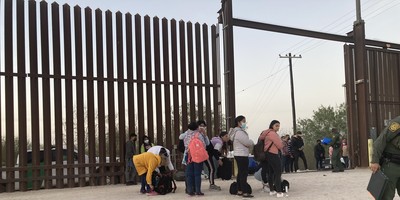 If elected, Barack Obama might make history in more ways than one. He will be the country's first black president, but also -- perhaps as consequentially -- could be its first transnational president.

Obama's personal history defies categorization, which makes it so alluring. Born in Hawaii to a black Kenyan father and white Kansan mother and raised for a time in Indonesia, Obama embodies the crosscurrents of globalization and the remarkable dynamism of an American society open to people of talent from any background.

Obama tells his story to emphasize its quintessential American-ness, a tale of how an outsider -- like so many before him -- came to live the American dream. This is all to the good. But at times it's a post-nationalism that comes to the fore.

His overseas tour -- punctuated by his Berlin speech before 200,000 -- showed him to be a potentially powerful American emissary to the world. It also suggested that Obama styles himself the world's emissary to us -- a discomfiting role for a would-be American president.

In Berlin, Obama called himself, unironically, a "citizen of the world." The world, however, issues no passports, nor does it have citizens. The world in the way Citizen Obama imagines it -- as a global community to which we all belong -- doesn't exist. Only backpacking hippies, devotees of the Davos World Economic Forum and U.N. bureaucrats speak this way.

Berlin at times sounded as much like Obama's coming-out party as the candidate of a transnational progressivism -- in which global norms are more important than sovereign nations -- as his audition as commander in chief.

In Obama's telling, a triumph of American arms and will during the Cold War was transmuted into a victory of a united world. He railed against "walls" of all kinds, even though walls are useful in dividing hostile communities (see, most recently, Israel and Iraq) and, in the form of borders, are the most basic stuff of nationhood. He addressed "people of the world" and told them "this is our moment, this is our time," as if the impossibly disparate people of the world can ever have a common will.

Obama feels fit to speak for the world because of his background. Presidential candidates once relied on the myth of the log cabin to convey their connection to the common folks. Obama's log cabin has gone global as a symbol of his oneness with the world's majority.

This is why he brandishes his upbringing and family as a foreign-policy credential. In explaining why his foreign-policy experience outstrips that of long-serving officeholders who know foreign leaders, Obama said a few months ago, "When I speak about having lived in Indonesia for four years, having family that is impoverished in small villages in Africa -- knowing the leaders is not important -- what I know is the people."

Transnational progressivism is closely allied to multiculturalism. Both share a hostility to American exceptionalism and seek to rein it in, by imposing global rules on the U.S. and by transcending its traditional culture (as defined by history, symbols and language). Obama, who for so long painfully sought an identity and initially found it in a black-nationalist church, clearly has affinities running in this direction.

Consider his gaffes: The world won't stand for us driving and eating and air-conditioning our homes as we please. We should worry less about immigrants learning English and more about teaching our kids Spanish. Gun-owning, Bible-believing people in rural areas are bitter. The flag pin is an inadequate symbol of patriotism. When Obama briefly auditioned his own presidential seal, "e pluribus unum" got bumped.

These are all hints of Obama's instincts, but he knows he has to check them. He has restored a flag pin to his lapel, ditched the fake seal and in Berlin was careful to declare himself also "a proud citizen of the United States" and defend America's global leadership. He'd be wise to do more. In November, the world doesn't have a vote.