Rich Galen
|
Posted: Feb 21, 2016 12:01 AM
Share   Tweet
The opinions expressed by columnists are their own and do not necessarily represent the views of Townhall.com. 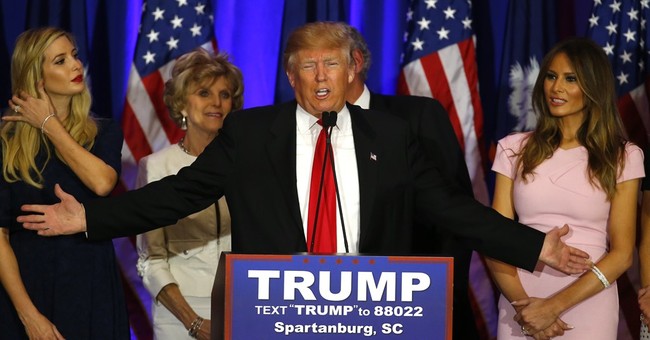 The GOP had its South Carolina Primary and the Democrats held their Nevada caucuses today.

The GOP will hold its Nevada caucuses this coming Tuesday; the Ds will vote in South Carolina next Saturday.

Hillary Clinton won by about five percentage points, which is a legit win - unlike the coin-flipping three-tenths-of-one-percentage-point squeaker that allowed her to dance down Grand Avenue in Iowa three weeks ago.

In both of those cases, Bernie Sanders' campaign blew the Expectations Game. Sanders should have pointed - ahead of the caucuses - to Clinton's huge leads in the pre-caucus polls just a few months ago.

Having written that, it is easier to do if you don't really expect to win. Sanders did expect to win so he was on the horns of a dilemma. He couldn't insinuate that he expected Hillary to beat him and risk taking the wind out of his own sails.

In his speech in Nevada last night, Sanders said he was going on to Super Tuesday(March 1). That made it clear to me he was not competing very hard for South Carolina where Clinton should win easily.

In the Eastern time zone it took only about 30 minutes for the networks to disabuse us of any idea that Marco Rubio or Ted Cruz was going to jump up with a surprise win in South Carolina.

Donald Trump had been leading in the polls and, once again, showed that the anti-establishment vote is the big winner. The Pope? No problem. George W? Move along. Not a life-long Conservative? Thanks for dropping by. Trump, in fact, OVERperformed his polling. The RealClearPolitics average of South Carolina polls had Trump at 31.8 percent in the run-up to Saturday night but he finished with about 33 percent of the vote.

The longer-running stories were who would come in second, Ted Cruz or Marco Rubio, and whether or not Jeb Bush would leave the race.

At 8:40 Jeb Bush did suspend his campaign. A good man running at the wrong time.

Back to that setting expectations: By mid afternoon the Rubio people were putting out the word that they were planning to come in second. I wondered why they would put that much pressure on themselves.

Turns out, they knew what they were talking about. By 9:10, Rubio had built a 3,500 vote lead over Cruz for second place.

Ben Carson who came in last with under seven percent of the vote announced he was not leaving the campaign.

As you know my predictive skills are less than zero. But

Trump won by solid double digits. (See, again, Clinton's single digit win in Nevada). Does this mean Trump will be the GOP nominee? No, but it means he is no longer a punch line.

That's the glory of our system: Everyone gets one vote.

On the Secret Decoder Ring page today: A link to the CNN results and to the RealClearPolitics Nevada polling.