Bettin' on the Senate 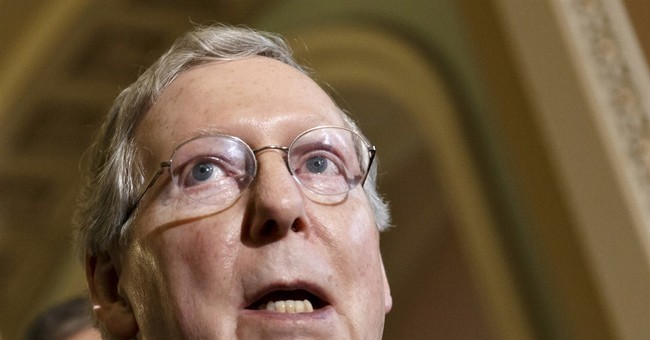 Let's chat about the state of campaigns for the United State Senate in the midterm elections on November 4.

Many of you know that my predictive skills are somewhat lacking. Whether it's picking stocks, the winner of a Presidential campaign, or whether I have enough time to cross the street before being mowed down by a crazed bicycle rider; I stink at it.

So, when I say that the likelihood of Mitch McConnell (R-Ky) becoming the Majority Leader on or about next January 3, it is not because I have done independent study. I am wholly dependent on people who have a better track record than I.

So, if the news were getting worse instead of better for Republicans, I would be writing about the excellent roll-out of Hillary Clinton's Presidential Campaign over the past month, not the campaign for control of the U.S. Senate.

McConnell's staff isn't measuring for drapes, yet, in the Majority Leader's suite - in fact it is not a lay-down that Mitch McConnell will win his re-election bid in Kentucky, but that's the way it is looking.

For example,Politico's James Hohmann looked at the field yesterday and led his analysis thus:

"With four months until Election Day, Republicans are as close to winning the Senate as they've been since losing it in 2006."

His next graf shows the movement toward the GOP:

"Six months ago, the GOP path to the majority was narrower: Republicans essentially had to sweep seven races in states Barack Obama lost in 2012 ? Now Republicans have more options. They've landed top recruits to take on first-term senators in New Hampshire and Colorado, nominated credible female candidates in open-seat contests in Michigan and Iowa, protected all of their incumbents from tea party challenges."

Even Dr. Larry Sabato's University of Virginia election analysis squad is putting the probable outcome at Republicans picking up between four and eight seats.

Currently, the Democrats control 55 votes (53 Democrats and 2 independents who caucus - and typically vote - with the Ds). Republicans have 45 votes.

Democrats must lose no more than 5 seats to maintain control (because Vice President Biden is available to break ties). Republicans have to gain a minimum of six seats to gain control.

Sabato's analysis shows four states as toss-ups: Alaska, Arkansas, Louisiana, and North Carolina. All four are currently held by Democrat incumbents and all four were lost by Barack Obama in 2012.

As Hohmann pointed out, Republicans don't need to run the table in these four states. Winning two of the four might be enough; three of four would probably seal the deal.

According to the National Journal's "Hotline" the three states most likely to flip are North Dakota, West Virginia, and Montana - all held by Democrats. In fact, of the 16 States in the "flippable" category, only two, Kentucky and Georgia, are held by Republicans.

What are the factors involved?

First of all there is the history of second-term mid-term elections being tough sledding for the party of the President.

Second, there is the President whose job approval according to theRealClearPoliticsaverage is stuck in the low 40s.

Third there are the conflicting economic data: The White House reported about a week ago that the U.S. economy - the gross domestic product (GDP) - fell 2.9 percent at an annual rate in the first quarter of 2014. That was countered by the jobs numbers released last week which showed unemployment at 6.1 percent, the best number since 2008.

Fourth, there is the deteriorating world situation - Iraq, Iran, Ukraine, Syria, Israel, and Egypt to name some of the hotter spots on the President's foreign policy map. Plus more reports of the U.S. continuing to spy on one of our strongest European allies, Germany.

I'm not betting on the outcome 120 days from today, but neither have I started rooting for the Democrats.