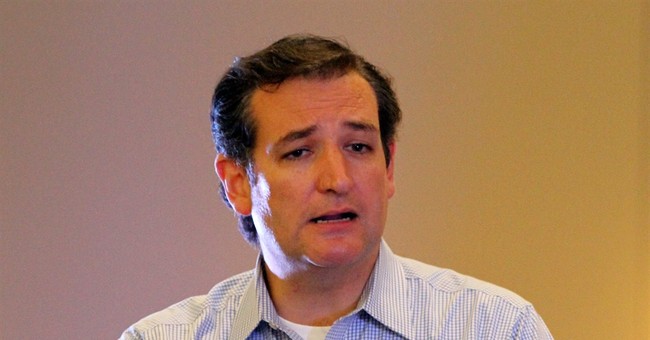 August. The silly season. When events that would never even be covered during the other 11 months of the year (the other 3 months if you're counting by Congressional work days) get a spinning police light on Drudge, are featured on Google News, and trend on Twitter.

Here are a couple.

Sen. Ted Cruz (R-TX) apparently holds dual citizenship - U.S. and Canadian. This came to light when the Dallas Morning News dug up the info. Cruz was born in Calgary but his mother was a U.S. citizen at the time, so that counts as having been "natural born" if you want to be President.

Ted Cruz has exactly the same chance of being elected President of the United States as I do, but he is running around to conservative meetings in Iowa and New Hampshire and has made the second tier in most lists of potential candidates.

You would think, from the amount of chatter, that Cruz has moved into Blair House awaiting his inauguration on the Capitol steps. That is, of course, ridiculous, because the national press corps has already reserved that space for Hillary Clinton.

Next. Newly released documents show that (a) there really is an Area 51 in Nevada and (b) the CIA helped stage a coup in Iran in 1953.

You might have read that America's security structure is under some stress, just now. What with the NSA routinely collecting information on Americans that it is not permitted to collect, and Edward Snowden still hanging in Russia, and the spouse of the Guardian reporter who helped break the Snowden story being detained at Heathrow for nine hours, and … like that.

The deal was the Prime Minister of Iran, Mohammed Mossadegh, wanted to nationalize the nation's oil operations which were owned and operated by the Brits at the time. The CIA helped toss Mossadegh and install Reza Pahlavi as Shah (Persian for King) who ruled for the next quarter century.

The Shah of Iran made Hosni Mubarak look like Peter Pan in comparison and was, in turn, thrown out upon the revolt that led to the Ayatollah Khomeini returning to Iran in 1979. And you know what has happened to American-Iranian relations since.

Area 51 is not officially known as Area 51, and there are no Elder Hostel bus tripped planned to tour it anytime soon, but there is a very, very secret installation north of Las Vegas whose existence only the government has denied.

The announcement didn't make any mention of aliens being examined there, but the government did take judicial note of the rumors by suggesting that Area 51 was where the U-2 spy plane was developed and tested.

Back in the mid-1950s no one had ever seen anything flying at 60,000+ feet (the design specs called for a plane that could cruise at 70,000 feet) and people seeing moving lights in the night sky over the Nevada desert at 11 miles up, of course, decided they were on crafts piloted by Martians.

The Acela-Corridor Press Corps is fixated on the municipal elections coming up in New York City. They are focused on the Mayor's race -- Anthony Weiner is back in the pack and won't win.

They are also focused on the Comptroller's race because Elliot Spitzer, who resigned as governor after being caught in a Washington, DC, hotel room with a hooker, is trying for his political comeback in that role.

Speaking of elections, there was a boomlet about a week ago for Willie Robertson, the CEO of the duck call manufacturing company featured on A&E's "Duck Dynasty" program, to run for Congress. Willie said he was plenty busy, but thanks, anyway.

I thought Willie was the wrong choice. I would back Uncle Si to run for Congress. I would go to Louisiana to help Uncle Si run for Congress. Uncle Si who has become famous for his malapropisms like "brain sneeze" instead of brain freeze, and off-the-wall observations like "Your beard's so stupid it takes it 2 hours to watch 60 Minutes" would pack 'em in during the One Minute Speeches every day.