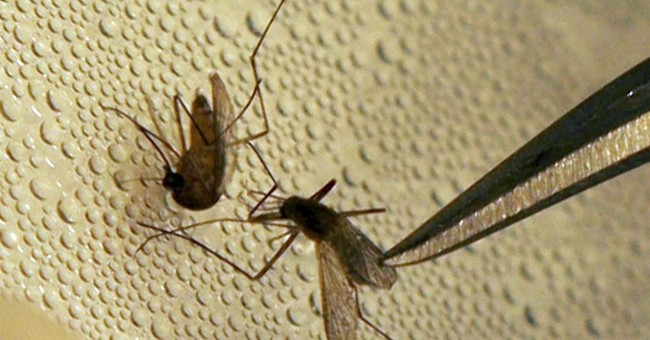 I don't have malaria.

If you are going to spend much time in Africa, you will be taking anti-malaria pills. A common medication has the brand name Malarone. The typical course is to start the Malarone a day or two before you get to a malaria-infested area, take a pill a day while you're there, and continue for a week or so when you get back.

I'm telling you all that because at about 12:15 pm on Monday - 24 hours after I returned from my trip to Africa with the ONE campaign - I felt chilled while sitting at my desk in downtown Washington, DC. That became modest shivering, which became intense shivering, which made me suspect I had malaria.

I know that the incubation period is generally longer than 7-8 days, but I can't remember the last time I had a high enough fever to produce that kind of shivering. And I didn't have a fever.

Chills is always the first or second symptom of malaria. It alternates with "fever" depending upon the web site.

I got so cold that I grabbed a winter sport jacket from the back of my door that I hadn't yet brought home and put it on. Then I went down to my car and drove to George Washington University Hospital which is not far away.

I wasn't sure where I had the best shot at finding someone who would know what to look for. Walter Reed at the Bethesda Medical Center would be the obvious choice but as a card-carrying civilian I don't have any way to get in.

So, it was off to GW. By the time I signed into the emergency room the symptoms - if that what they were - had abated.

Hospital waiting rooms operating on a triage system. If you are a 66-year-old White guy and complain of chest pains you will be ushered right in. The danger is, if you use that as a dodge to jump the line, you run the real risk of God saying, "Oh, yeah? Watch this."

Not a good idea.

Also if you have blood coming out of your body from just about anywhere, they will see you right away.

As I found out "Suspected malaria" (which is not a communicable disease), will put you as far back on the triage list as you can get. Like to July.

But, I was there and I had my iPad with the new John LaCarre novel on the Kindle app, so I settled back and waited. My wife, despite my protestations, came over and sat for about an hour until I convinced her I was not in any immediate danger.

At about 3:30 I was ushered into the emergency room proper. At about 4 PM a doc came to talk to me. At about five another doc came to chat. A half hour later a tech took three vials of blood.

At eight another tech came in and took three more vials of blood.

I asked why? She feigned ignorance but mumbled something about my last blood sample having coagulated.

At 9:30 I was told to go wait in the "Results Waiting Room" which has a bunch of chairs filled with a bunch of people who have also been there for a long time and are also impatient to go home.

Worse yet, the TV was blaring BET programming which made reading the new Dan Brown novel all but impossible (I had finished the LaCarre book sometime between the first and second blood donations).

At 11 PM I wandered out to the nurses' station to see if they remembered I was still there.

They did, but they hadn't gotten the test results.

"It takes about three hours," one of the nurses said after speaking on the phone.

Ah HAH! I thought that's why they needed a second blood sample three hours after the first. They had screwed it up.

Well, I suspect they don't test for malaria every day so...

At close to midnight I strolled out into the working space again and a nurse said my test had come back negative, but the doctor would want to talk to me.

I said - and this is a quote. "I came in here 11 hours ago with one question: Do I have malaria. You tell me I do not. Thank you and good night."

I got home about a half hour later, tired but more at ease.

I don't know what caused that bout of the chills, but I know it wasn't malaria.