Next JFK Or No Way? 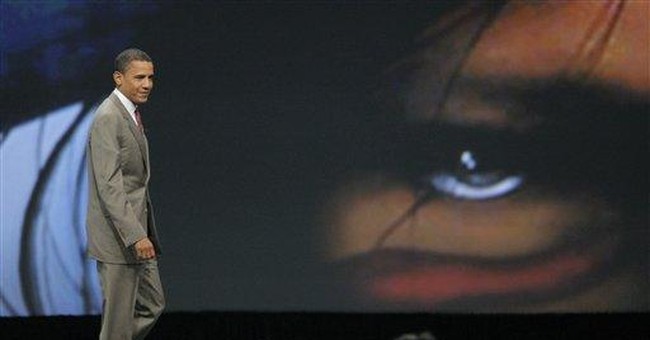 Is Senator Barack Obama the next John F. Kennedy or Richard Nixon?  This may seem like an odd question given their party affiliation, but simply labeling them Democrat or Republican fails to get at their personalities and styles.

In terms of style Obama clearly wants to emulate JFK; as the next young, handsome intellectual, with the fashionable wife and adoring crowds.  Like the young Kennedy, Obama seeks to rise above mere politics to iconic status.

But despite his rock star status, Obama shares some of Nixon’s personality and style: a touch of paranoia and a tendency to stretch the truth in his own defense.  And if you get Obama away from a teleprompter, and the large adoring crowds, he is far less eloquent and a great deal more combative.  There is an arrogance and obsession with secrecy that is Nixonian.

As I have noted before, as soon as he became the presumptive nominee Obama immediately accused his opponents of racism and smear tactics. And it wasn’t long before the campaign created a web page to fight these alleged smears.  They even went so far as to diagram what they called “Smears, Inc.” the nefarious individuals and groups behind these smears.  Unfortunately, the information on the site is not only inaccurate, it does the very thing it is claiming to stop, namely smear campaigns.

This paranoia, and lack of a sense of humor, is pervasive in the Obama campaign.  When comedian John Stewart mocked the campaign for creating its own presidential seal Obama supporters argued that he was promoting “right wing talking points” merely by laughing at Obama.

Say what you will about the recent New Yorker magazine cover, but it was clearly a publicity stunt and a poor attempt at satire.  Obama could have brushed it aside as just that, but instead he took great offense and tut-tutted that he was disappointed that the magazine would fuel such offensive stereotypes.

For Obama and his supporters his image, some say brand, is too important to be sullied by satire.  The bitter and unsophisticated voters he needs to win over wouldn’t get the joke anyways.  And if the public complaints weren’t enough, Obama refused the New Yorker a place on his press plane for his trip abroad.  The message was clear: anger Obama at your own risk.

Obama extends this defensiveness to his wife Michelle.  Despite being viewed as one of the candidate’s most effective surrogates, and as having played a key role in the campaign, Obama insists she is off limits no matter how controversial her statements.  He rebuked John McCain for not immediately denouncing the latest rumor (started by Hillary supporters) surrounding his wife.   Obama haughtily plays the chivalrous husband while his own surrogates question McCain’s military service and fitness for office after his time as P.O.W.

When Obama’s attempts to limit criticism fail he simply blocks the media from access.  Michelle is increasingly kept under tight control to avoid any more controversial statements.  Obama himself barred any foreign journalists from accompanying him on his recent trip.  Don’t want any awkward questions from those pesky journalists.

The pattern continues at home.  Write something the campaign doesn’t like?  You might find yourself the recipient of any angry late night call or wake up to find the campaign is sending out attack memos at your expense.

Just this week more evidence of this paranoia persona surfaced.  When asked about his visit to bases in Iraq and Afghanistan, Obama complained that the TV’s always seemed to be tuned to Fox News.  Not content to question the soldiers’ choice in news Obama went on to insinuate that President Bush had somehow commanded the military to watch Fox News.

In Nixon’s worldview the liberal establishment was always out to get him and everything he did was justified in fighting that enemy.  In Obama’s equally warped view, anything that gets in the way of his success is by definition racist, a smear, or a distraction from the issues that matter.  He is always, and has always been, consistent and right; and if you feel otherwise you must have misunderstood.  Oh, and it is always President Bush’s fault.

But for those that haven’t drunk the Kool-Aid what is increasingly clear is that the only issue that matters to Obama is his getting elected.  Everything, and everyone, else are just props on the stage.

The question you have to ask yourself is what happens when the show is over?