Parents Organize to Fight Back

Rebecca Hagelin
|
Posted: Feb 26, 2020 12:01 AM
Share   Tweet
The opinions expressed by columnists are their own and do not necessarily represent the views of Townhall.com. 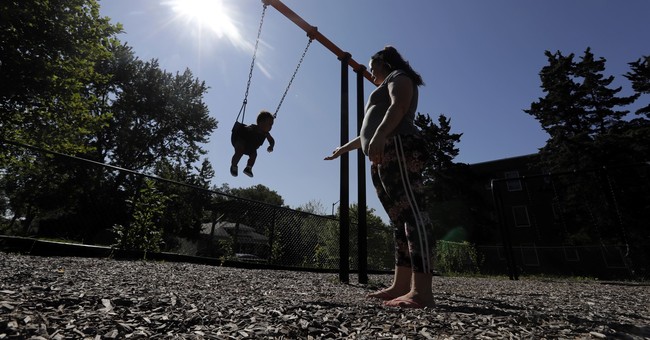 Brian was a 15-year-old big man on campus. Good-looking and witty, he had a way with the girls, and the guys thought he was fun, too.

But Brian’s party spirit included consuming lots of alcohol. Soon he was smoking pot, and then even that was not enough. In a few months he was not only using hard drugs but selling them as well.

For awhile he was able to maintain his charm and respectful attitude at home. Inevitably, his personality and health quickly plummeted along with his school attendance and grades.

Thankfully, his parents finally recognized the problem before it was too late and enrolled Brian in a private residential drug rehab clinic.

The reality that Brian had become a secret addict under their noses crushed his mom and dad. They felt guilty, helpless and heartbroken.

On their knees before God, they pledged to do everything possible to help their son and committed to change their lives so they could be a bigger part of his.

When they called the clinic to arrange a meeting and seek reconciliation with their beloved boy, they were told that they could have no contact.

As a physician, Brian’s dad asked to review the medical records and speak to the doctor so he might understand the treatment. He was flatly turned down.

Why the secrecy? Brian’s father was told that the law forbids parental access to Brian’s medical information without his consent. And Brian — detoxing, embarrassed and angry at the world — would not consent.

Since the state laws extended to every rehab center and Brian’s life was in jeopardy from drug abuse, there was no choice but to allow Brian to complete the program. Without his parents' help, it took far too long for Brian to get well. He and his parents still despise the laws that kept them apart during a vulnerable and painful period.

The law far too often gets between parents and their children. Increasingly, just when kids need their parents the most, moms and dads discover that the state has taken their place, that the government has determined that immature children, often in trouble because of bad choices, are wiser than their parents.

A nonpartisan group of parents is fighting back. Led by Deborah Flora, Parents United America seeks to restore parental authority in every area of a child’s life.

“The biggest argument against parental rights is that the state needs to protect children from potentially abusive parents,” Ms. Flora said. “However, we have laws in place to deal with abuse. The state should never try to usurp the rights of the vast majority of parents who work tirelessly to provide a home and a future for their children. Yet that is what we are seeing from multiple fronts in our society.”

Ms. Flora points to several frightening examples of how the government is quickly becoming not just a nanny-state, not just a bully of a big brother, but a god-like all-encroaching force set on destroying the family unit. Consider:

? A 6-year-old girl in Texas was committed to a mental health facility without parental consent.

? State legislators in Washington are attempting to require mandatory sex ed for kindergartners even though 54% of the community is against it.

? When parents of a 5-month-old boy sought medical care for a broken bone, he was forcibly taken from his parents by Colorado by Child Protective Services and placed in foster care without due process. It turns out that the baby wasn’t abused but suffered from a bone disease.

? In many states, parents of children as young as 12 are denied access to their medical records without the child’s consent.

- Wisconsin parents are suing the Madison Metropolitan School District over a new policy that allows children of any age to change their gender identity at school without their parents' knowledge.

You probably have your own horror stories. To share them, join hands and hearts with other loving parents — and to get help to fight back — log on to www.parentsunitedamerica.org.

Ms. Flora told me, “Most parents want what is best for the children. The question is, who gets to decide? Remote bureaucrats who don’t know the individual needs and unique personalities of each child? Or the parent who knows their children intimately, who understand what brings them joy and what keeps them up at night? This radical shift is only happening because many parents are either unaware or bullied into silence.”

“Numerous studies in peer-reviewed scientific journals show that the key factor in helping children flourish is parental engagement,” Ms. Flora continued.  “Anyone who truly cares about the well-being of children will fight for increased parental engagement, not take a radical stance to exclude them.  Parents United America connects, informs and empowers parents by joining our voices. When united, parents will become an unstoppable force that can no longer be ignored by administrators, bureaucrats or politicians.”