Culture Challenge of the Week: A Call for Christian Unity 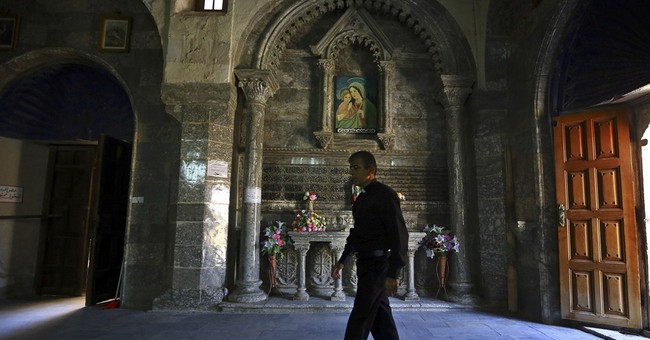 My daughter told me this week about something she heard a speaker say at her church that really impressed her. When she shared it with me, it really got me thinking too. What he said wasn’t particularly profound, but I've taken it to heart and it seems like God is having fun using it to reshape the way I operate.

He said, “Churches everywhere are dying for their preferences.”

Let that sink in for a moment and consider the implications. I think it’s safe to say that it isn’t just churches that are dying for their preferences, but families and marriages as well.

In the apostle Paul’s letter to the young church in Ephesus, he reminded them of what Jesus had done to make peace between them and the Jewish people:

“His purpose was to create in himself one new humanity out of the two, thus making peace, and in one body to reconcile both of them to God through the cross, by which he put to death their hostility. He came and preached peace to you who were far away and peace to those who were near. For through him we both have access to the Father by one Spirit.

Consequently, you are no longer foreigners and strangers, but fellow citizens with God’s people and also members of his household.”

Being unified doesn’t mean you lose your identity. Instead, when separate parts are joined together, their individual functions become more apparent and more important.

“Just as a body, though one, has many parts, but all its many parts form one body, so it is with Christ… in fact God has placed the parts in the body, every one of them, just as he wanted them to be. If they were all one part, where would the body be?”

Paul had to write to the churches to remind them that unity doesn’t and shouldn’t mean uniformity. When one church or believer fights with another over doctrine or practice, it’s like an eye arguing with a hand. They are made to function in entirely different ways, yet both belong to each other and neither could function properly apart from the rest of the body.

We need to come to view our world this way, especially within the church and within our homes. Since “the church” does not exist in the plural form—we are one body—we need to look at denominations and personalities through a new lens. If two are actively following Christ (the head) and are filled with the Holy Spirit (the blood), then they need to see their differences, even their preferences, as essential to the proper functioning of the body.

How to Save Your Family: Preserve Unity by Embracing Diversity

When many young couples first get married, they desire to do everything together—literally everything. But they quickly grow tired, not of each other’s company (at least not at first), but because they cannot create a single schedule that provides the right balance of rest, exercise and mental stimulation for both of them. They find that they have different needs, desires and capabilities.

Sadly, in many cases, this realization leads to more serious complications within the marriage. But other couples learn to except, support and even encourage the differences they see in one another. In that, they find more abundant life and deeper love. Ephesians 4 says,

“He makes the whole body fit together perfectly. As each part does its own special work, it helps the other parts grow, so that the whole body is healthy and growing and full of love.”

A marriage doesn't have to die because of preferences. The truths found in the Gospel remain universally true, meaning they apply to your family, your office, your church and our great nation. Jesus, who formed each of us uniquely, laid down his life so we could experience true unity.

Like him, we are told to lay down our lives for one another. Let us begin by being willing to sometimes lay down our preferences so we can appreciate the ways we differ.