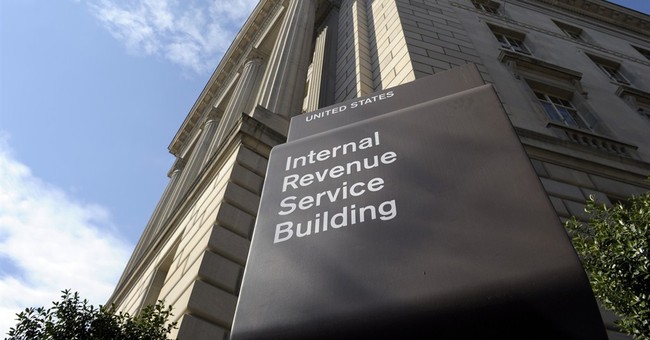 Yet, President Obama told Bill O'Reilly in an interview (Bill is one of the best searchers for the truth on the planet, btw) that there is "not even a smidgen of corruption" in the IRS.

Now the IRS is proposing regulations to make its illegal efforts to silence conservatives an official part of regulatory code.

Not only would these oppressive regulations trample the First Amendment, they would unfairly favor liberal groups over conservative and libertarian organizations.

Why? Instead of simply harassing conservative organizations and individuals, or delaying or denying requests for tax-exempt status of perfectly legal requests, the IRS is now trying to dissuade conservatives from applying for tax-exempt status in the first place by changing the standards required to receive it. And for those groups that already exist, the IRS seeks to silence the organizations from educating voters on the public records and positions of those already in power. The proposed limits on political speech are so severe that one can't help but think of two things: the KGB; and the question, "What are they afraid of?"

Nonprofit organizations designated as 501(c)4 are already limited in their ability to engage in “candidate-related political activity.” The new regulations are meant to broaden the definitions of both “candidate” and “political activity” to give the IRS more power to regulate conservative action. But get this: the new rules would NOT apply to labor unions or trade associations.

These new definitions would include:

-Criticism of incumbents 30 days before primary elections and 60 days before general elections (in other words, you can't speak poorly about those already in power)

-Posting voting records of incumbents on websites before elections

-Phone calls about upcoming votes (even when no candidate is mentioned)

-Voter registration drives (no more signing up folks at churches or in your neighborhoods, for instance)

-Donating money to groups that engage in political activity

-Volunteer activities if they relate to voting or candidates

Every action listed above, among others, would have to be submitted to the IRS for review, would be subject to taxation and would be treated as restricted candidate-related political activity. The restrictions include every type of communication, from newspapers to television to oral speech that can reach 500 people or more.

The proposal is outrageous. If adopted, the United States of America will move one step closer to becoming a country ruled by oppressive and abusive government. And our children will pay the price.

How to Save Your Family: Tell the IRS you value free speech

Our free speech is under attack and we have to do something about it!

Before it can finalize the new regulations, the IRS must review all public comments. If you comment and the IRS doesn’t address your concerns, the regulations can be overturned.

We need to inundate the IRS with comments by the February 27th deadline. Please, help me encourage others to help stop the gross abuse of power. We MUST let the IRS know that the new rules are discriminatory, that they violate the first amendment, and that they burden the American people.

There are two easy ways to submit comments to the IRS without even leaving your home.

1) You can submit your comments by letter by mailing them to:

2) Email them to http://www.regulations.gov. Be sure to include the citation: IRS REG-134417-13 in subject line or body of your email.

Please cc your congressmen on all correspondence to the IRS and keep copies for your own records. Make sure you spread the word and ask your family members and friends to comment too.

You can learn more details on this frightening proposal in a fantastic video by Cleta Mitchell, one of the most courageous and effective attorneys fighting for freedom. Just click on Youtube, type in her name and "IRS".

Please, take the time to make your voice heard. As Plato observed, "The penalty good men pay for indifference to public affairs is to be ruled by evil men."