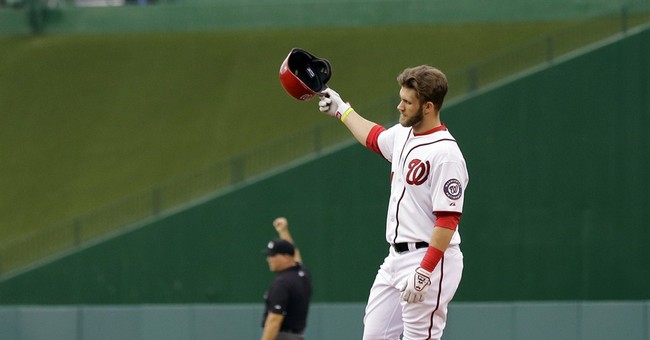 A recent Gallup poll, timed for the Fourth of July, found that while most Americans (85%) are “proud to be an American,” most (71%) also believe that our Founding Fathers would be “disappointed” in the America of today.

The numbers highlight the difference between our regard for our Constitution and for the people who make America great, on the one hand, and our collective distrust of government overreach on the other. The daily news is a patchwork story of America’s great people -- and I’ll share one touching example in a moment -- as well as our very real political troubles.

It’s important to realize that we owe our great national pride -- our patriotism -- to freedom itself.

Because we are Americans, we are free to disagree (and we do) about many things, including the role of government and key moral issues like abortion and homosexuality. More importantly, we are free to engage in public debate, to associate politically in order to turn our beliefs into policy, and to be secure in our inalienable rights. When government tramples those rights (for example, by IRS intimidation of conservative groups or HHS disregard for the conscience rights of religious people), it’s up to patriotic Americans to push back and defend our Constitution.

Perhaps not surprisingly, conservatives, who are more likely to value our Constitutional framework and the principles of limited government, are significantly more likely than liberals to express pride in our country -- a 13-point gap. Patriotism is also slightly higher in the South and the Midwest than on either coast, which reflects the general political alignment of those regions. At the same time, just 15% of conservatives (versus 41% of liberals) believe the Founders -- who built this country on the principle of limited government -- would be pleased with our country’s direction. According to Gallup, “Americans…cite dissatisfaction with government as the third most important problem facing the country today,” after the economy and unemployment.

These are trying times for our country. But it’s the right time for each one of us to be -- or become -- great Americans!

Politically, this is a time for engagement, not retreat. Educate yourself. Find your fellow Patriots and work together to get the truth out to our fellow citizens. Stand up and be counted on important issues. Silence is not patriotic. We wouldn’t be living in a free America if our Founding Fathers had chosen silence instead of “declaring” the inalienable rights of all Americans.

In addition to being politically engaged, “being” a great American means taking action, in our own neighborhoods and communities, for the sake of others. It means giving of ourselves -- with kindness, with our time, in whatever way we can -- to make someone else’s life a bit better.

Gavin Rupp, a 13-year old Virginia boy with terminal brain cancer, knows what that’s like. A baseball player, Gavin’s been a Washington Nationals fan for as long as he can remember. Baseball gave him a reprieve from long hours of chemotherapy and radiation and, when he could no longer play, he lived for those Nationals games. When Gavin’s cancer recurred for the third time in two years, his doctors could do nothing more.

But his father and the Washington Nationals could.

On July 5th, Gavin threw out the opening pitch at a baseball game at Nationals Park. But what meant even more to this young boy was the hour he spent earlier that day with Nationals star outfielder Bryce Harper. Pro athletes often make charity appearances and sign autographs. Before a game, however, they are typically focused on themselves, their routines, and their game.

For Bryce Harper, though, giving time to young Gavin mattered more. He sat with Gavin and his family for over an hour, chatting like they were longtime friends with all the time in the world. He gave Gavin his Nationals hat and a bat. But then he did something unusual. He asked Gavin to autograph a ball for him, and then promised to keep that autographed ball in his stadium locker. Gavin’s courage and love of baseball inspired Harper, but Harper’s personal attentiveness and kindness will help Gavin carry on in difficult days ahead.

They both “gave” but in different ways. Because that’s what great Americans do.

And that’s what makes our country great. God bless America!