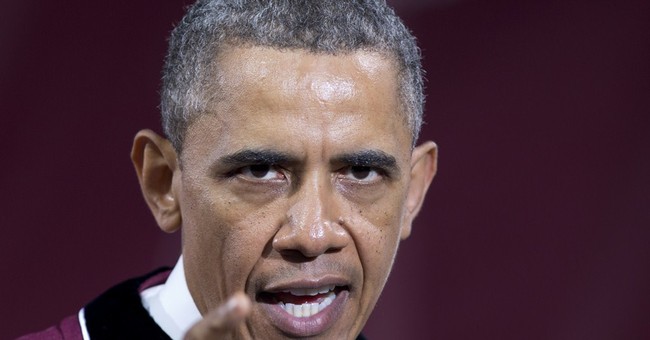 It’s that time of year when every high school and college across the country holds graduation ceremonies -- and the speeches that go with them. And, as we all know, some of the speeches are better than others.

It is quite a world our college grads are stepping into -- a tough job market and a culture that will challenge them relentlessly to compromise the values we’ve spent the last 21-22 years trying to instill.

Cultural challenges, in fact, come even amidst many of those graduation speeches. In his recent commencement address at Morehouse College, President Obama encouraged an all-male, black audience to “keep setting an example for what it means to be a man.” He continued, “Be the best husband to your wife, or your boyfriend, or your partner. Be the best father you can be to your children. Because nothing is more important.” Under the guise of encouraging young men to be responsible and mature, the president pushed his social agenda, demoting the responsibilities of traditional fatherhood to the level of men ‘partnering’ sexually with other men. (He plugged Obamacare in the same speech, intent on encouraging the graduates to pursue his radical agenda instead of pursuing greatness.)

Obama's Morehouse lecture is a vivid reminder that our newly graduated children will receive plenty of advice along the way -- and they must learn to discern the bad advice -- dressed up with pretty words that disguise ugly lies.

One common bit of bad advice peddled to young graduates these days is that they need not hurry along with ‘real life,’ that their late teens and twenties are best spent ‘exploring’ ways to find their true selves (and avoid adult responsibility).

It’s an increasing problem, one that afflicts both young men and young women.

Kay Hymowitz, in her book, “Manning Up: How the Rise of Women Has Turned Men Into Boys,” points out that the extended adolescence of young men, in particular, damages not only the young men, but also their relationships with young women. As one young woman described her male peers, “They are more like the kids we babysat than the dads who drove us home.” A clinical psychologist, Vivian Diller, Ph.D., warns that parents too often enable this period of extended adolescence -- to the detriment of young people.

“Young adults today -- especially 20-something women -- view financial dependence neither as a failure nor as a betrayal of their political beliefs as many of their mothers might have,” she writes. “They are less embarrassed about what they see as a temporary and transitional stage.” And parents too often shrug and continue to foot the bills for their meandering young adults.

So what’s the solution?

How To Save Your Family: Grasp the Vision

Certainly our graduates need our continued support. But provide that support within a specific trajectory. Give your graduates a sense of vision -- a sense of the urgent need for them to take charge of their continued growth and development into adults.

Proverbs tells us that “without vision the people perish..." (Proverbs 28:19). Our children need to know where they are going in order to plot a path to get there.

Adulthood is not a destination inevitably arrived at after a long, lazy drift along the river of adolescence. Our children must become adults by their own initiative, shaped by the vision of the life they hope to lead and by the decisions that move them closer to -- or farther from -- that vision.

Instead of lecturing and imposing your own vision, ask your child to define the ultimate purpose behind their college or career goals. In his commencement speech at Princeton, Federal Reserve Chairman Ben Bernanke gave ten constructive pieces of advice, including this quote from Luke’s Gospel: “From everyone to whom much has been given, much will be required; and from the one to whom much has been entrusted, even more will be demanded." A great education and a diploma are gifts that allow us to work for the betterment of society. Money is good and necessary, but vision must see beyond monetary gain. Even Bernanke told the Princeton grads, “A career decision based only on money … is a recipe for unhappiness."

To live with vision means to begin with the end in mind. Perhaps our young graduates don’t yet know their exact career, where they’ll live, or how much they can make, but if the purpose for which God created them informs their decisions, they’ll be off to a good start.